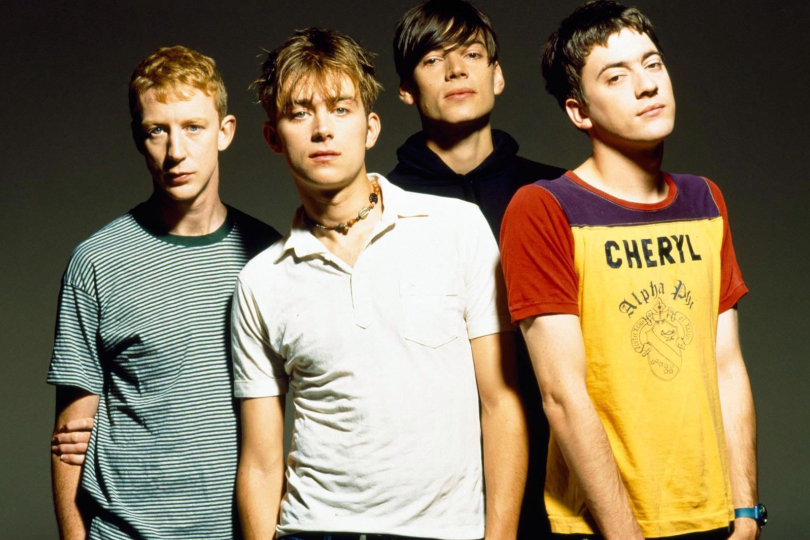 Do you like facts? Do you like music? Do you like being an entertaining companion? Since we've just entered 2023, I'm going to present you with exactly twenty-three interesting music tidbits and insights. Skip the pleasantries and weather comments and instead casually mention that the only member of ZZ Top who doesn't have a full beard is their drummer with the most ironic name possible, Frank Beard. And if you run into a Jason Mraz fan, blow him away with: "I hope Jason has a rich avocado harvest this year. It's just that he needs to get enough for the Mexican Chipotle chain, which is his main customer." But that's just the beginning. Let's run through other fun facts that are sure to impress and amaze your potential listeners.

1. Dexter Holland, frontman of the pop-punk band Offspring, has a PhD in molecular biology.

2. Dolly Parton composed her iconic songs "Jolene" and "I Will Always Love You" in one day.

3. Bruno Mars is actually named Peter Hernandez. He took the name Bruno after the famous wrestler Bruno Sammartino, who he resembled in appearance, according to his father. And the surname Mars was inspired by his early fans, who likened his talent to extraterrestrial abilities.

4. Freddie Mercury was born on the island of Zanzibar on the east coast of Africa and had four extra teeth in his upper jaw, which caused not only his distinctive overbite but also, according to unconfirmed speculation, his enormous vocal range.

5. Elvis Presley recorded over 600 songs during his career, yet he is not the author of a single one of them.

6. The band Toto, made famous by their single "Africa", was Michael Jackson's backing band on the album Thriller.

7. Daft Punk got their name in response to a negative review of their first musical attempt. In Melody Maker magazine in 1993, a reviewer referred to them as "...daft, punky thrash".

8. Blur may have been an iconic British band, but they are only known in the U.S. for "Song 2", an ironic song they wrote as a parody of the American grunge scene.

9. James Brown was an extremely strict bandleader. During concerts, he had signals arranged with his manager to let him know if a musician made a mistake. After the concert, everything was tallied up and the musicians had their mistakes taken out of their paychecks.

10. The Ramones named themselves after the fake name used by Paul McCartney from the Beatles when checking into hotels. He signed his name as Paul Ramon to escape the prying eyes of the ubiquitous paparazzi.

11. Van Halen had very specific requests to the organisers regarding the popular M&M's. There was always a large bowl filled with M&M's waiting for them in the dressing room, but it could not contain brown candy. It was a camouflage manoeuvre by which they could tell if the organiser had read all their requests and had taken care to prepare the concert properly.

12. "Paranoid", one of Black Sabbath's most infamous songs, was written during an unplanned jam session in the studio because the band needed a three-minute filler for the album.

13. Dimebag Darrell, the tragically shot guitarist of the band Pantera, was buried in a coffin with Eddie Van Halen's Bumble Bee guitar, which featured portraits of Kiss members and was personally delivered by Gene Simmons.

14. A friend of Kurt Cobain said that Kurt reminded him of Teen Spirit, a popular deodorant for teenage girls at the time. Well, the rest is history.

15. The Foo Fighters' first eponymous album was recorded entirely by Dave Grohl. It served as music therapy after Kurt Cobain's death and was not originally intended for release. Grohl gave it away on cassette tapes to his closest friends.

16. The song "Happy Birthday" has a copyright owner. It is Warner/Chappell Music, and they earn approximately two million US dollars each year from the reproduction of this indispensable birthday anthem. However, this goldmine is due to end in the US in 2030, having already ended in the European region in 2016. So in Europe, we've been singing for free on our birthdays for a couple of years now.

17 Celine Dion's overly sweet hit from Titanic, "My Heart Will Go On", was recorded in one take and is actually a demo of a song that even its director, James Cameron, didn't originally want in the film.

18. The song with the longest title has 97 words and you can find it in the album Future Fossils (1994) by Christine Lavin. If you want to score extra points at a party, recite the full title: "Regretting What I Said to You When You Called Me 11:00 On a Friday Morning to Tell Me that at 1:00 Friday Afternoon You're Gonna Leave Your Office, Go Downstairs, Hail a Cab to Go Out to the Airport to Catch a Plane to Go Skiing in the Alps for Two Weeks, Not that I Wanted to Go With You, I Wasn't Able to Leave Town, I’m Not a Very Good Skier, I Couldn't Expect You to Pay My Way, But After Going Out With You for Three Years I DON'T Like Surprises!!" Subtitled: "A Musical Apology"

19. Rihanna's song "Umbrella" was originally supposed to be for Britney Spears, but her record label rejected the song.

20. The longest song ever recorded is by the band Bull of Heaven. Now hold on to your hats. If you want to listen to a song called "Chosen Priest and the Apostle of Infinite Space", you will need to reserve two whole months for it.

21. Termites consume wood twice as fast if you play them some heavy metal.

22. The national symphony orchestra in the Principality of Monaco has more members than their army corps.

23. The harmonica, also known as the mouth organ, is the best-selling musical instrument in the world.