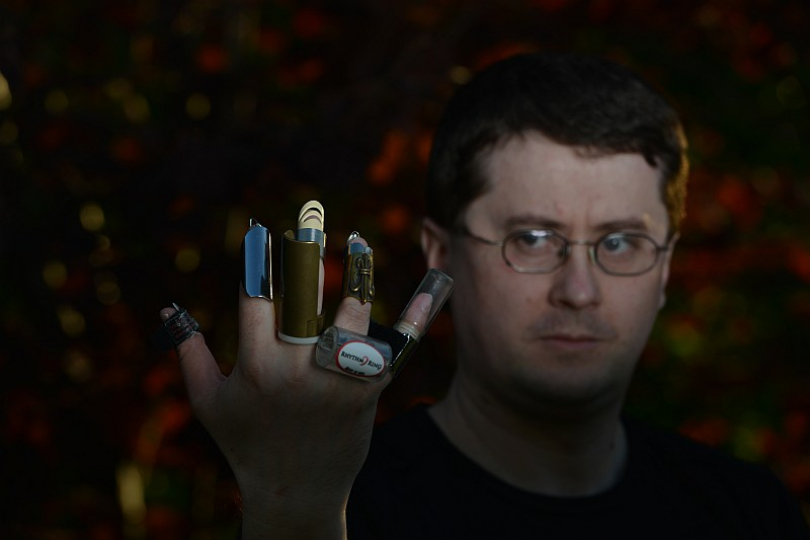 Laboratorium of Dr Hyenik #1: Thumbs Up!

In the last couple of years, there has been an explosion of so-called fingerstyle guitarists. As the term implies, these musicians pluck the strings with the fingers of their right hand. However, they are often assisted by a small helper, a thumb pick. It comes in many shapes and hardness levels and helps to emphasise and sharpen bass notes.

Chris Broderick and his Pick Clip

If you patiently and diligently delve into the depths of information sources, all sorts of specialities will begin to emerge. While exploring the archives of the US Patent Office, you may discover an invention by the famous Chris Broderick (ex-Megadeth) that he developed just for himself, so that he wouldn't have to awkwardly put down his pick during his frequently used multi-finger tapping. Thanks to the Pick Clip, the pick stays hanging on his thumb, always ready to go back to hard riffs.

Shells, shark tooth and Kodiak in the service of fingerstyle

There are also creative minds who invent, develop, test and produce similar gadgets using shell fragments from the beaches of Malaga. Thanks to them, the Slovak virtuoso Peter Luha can easily alternate techniques such as fingerpicking, tapping, slapping, strumming, sweeping or alternate picking... As he demonstrates in the video above.

After a bit of searching, I also discovered an American company called Strum-N-Comfort producing various types of crossover picks with neoprene straps for a sufficiently firm yet unobtrusive attachment of the pick to the thumb. You can get a celluloid SharkTooth (really shaped like a shark tooth), a Delrin Kodiak or just the actual strap to attach your favourite pick. The Kodiak crossover pick fits my slightly non-standard thumb the best. I use it not only for fingerstyle but also for baritone guitar or bass, for example.

Let's explore the cabinet of curiosities

Since I'm a fan and enthusiastic collector of all sorts of curiosities, this series is going to take a peek behind many secret doors and hidden corners to help you expand your musical vocabulary and spice up your instrumental palette to dazzle your avid fans. After all, even the world's biggest fingerstyle superstar Tommy Emmanuel aims to surprise his audience at all times. 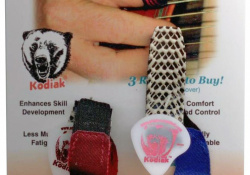 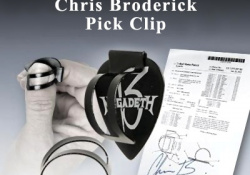 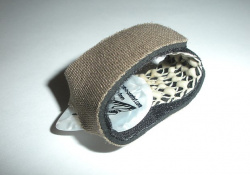