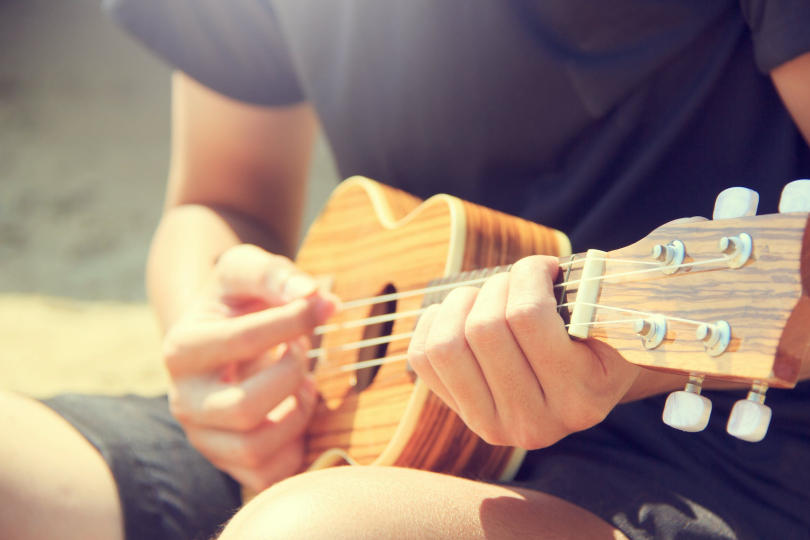 Laughing at violists is mean, unfair and stupid – just like laughing at blondes and making other stereotypical jokes. But have you heard this one? "What's the difference between a viola and a washing machine? Vibrato." It may be a consolation to the poor players of the "overblown violin" that also other instruments are objects of ridicule: what jibes and barbs have been made about drums, bass, horn and winds in general... Let alone singing, conducting or sound engineering! Today, however, let's look at instruments that are less frequently mentioned but receive their regular dose of ridicule, too.

“Someone broke into our band van. They took all the instruments and left one more accordion.”

It’s hard to say why the accordion, or “bagpipe with pleats”, is so “popular” among musicians. Perhaps because it is considered a plebeian instrument for folk or folklore, or because (let’s face it) it doesn’t look elegant. Or maybe because it can make a lot of noise and is frequently played in public by people who can’t actually play it? After all, you just press one button on the left side, and it plays the whole chord! Super easy, isn’t it?

Well, this guy playing the bayan (chromatic button accordion) in the Berlin subway can surely tell how easy it is…

To quote Mark Twain, “A gentleman is someone who knows how to play the banjo and doesn’t.”

This bon mot can be applied to all the instruments mentioned in today’s article. There are plenty of non-gentleman musicians who play with enthusiasm all the time. However, while some instruments are ridiculed for their supposed ease of “playability,” the banjo, on the other hand, requires precise control of finger technique. Yet – or rather because of this – it is often considered a weapon of mass destruction. Its sound cannot be turned down much, and there is nothing worse than a virtuoso player who wants to apply their machine gun-like “rolling” throughout the jam. Unending jokes about banjo players thus arise almost spontaneously as part of psychological hygiene.

“Why does a mandolin have eight strings? To double the chances that one of them will be in tune.”

If you like to talk to the audience during concerts, get a mandolin player for your band. They will undoubtedly provide long breaks between songs as they try (in vain) to tune their infernal mini-machine with so many doubled strings, whose crisp sound reaches for the stars.

The mandolin players are also some of the most hyperactive soloists because if they can’t fill every second strumming away, they feel they’ve entirely failed as musicians. But if they master constant strumming, that means they have to tune up again after the song – and so it goes on and on.

“What’s “perfect pitch”? When you throw the ukulele into the garbage can without hitting the rim.”

Hawaiian Israel “Iz” Kamakawiwoʻole’s cover of “Somewhere Over The Rainbow” (as a medley along with “What A Wonderful World”) is as holy to ukulele players as “Amelie” is to pianists – and similarly annoying if anyone starts strumming it anywhere in public. The cute little mini-guitar, which sounds like it’s taken a sip of helium, is considered by guitarists to be a toy for children – which doesn’t actually play much, just sort of hums.

“Why do bagpipers﻿ walk when they play? To get away from the noise.”

In honour of the late Queen Elizabeth II, a lone piper played into the honourable silence during the funeral service. It was a reminder of the tradition when the sound of bagpipes was the daily morning wake-up call at Buckingham Palace. The bagpipes are simply an instrument whose bleating sound goes to the core and is guaranteed to get you out of your chair – if only to make you move on and soothe your ears.

Anyone who decides to take up the task of learning to play the “pipes” risks making their fellow players cry – tuning them is a similarly demanding discipline to that of the mandolin. Besides, do you know what you call someone who hangs around with musicians? Yes, you got it. A bagpiper.

Which instrument have we forgotten? How about hurdy-gurdy? Or a triangle? Let us know in the comments!