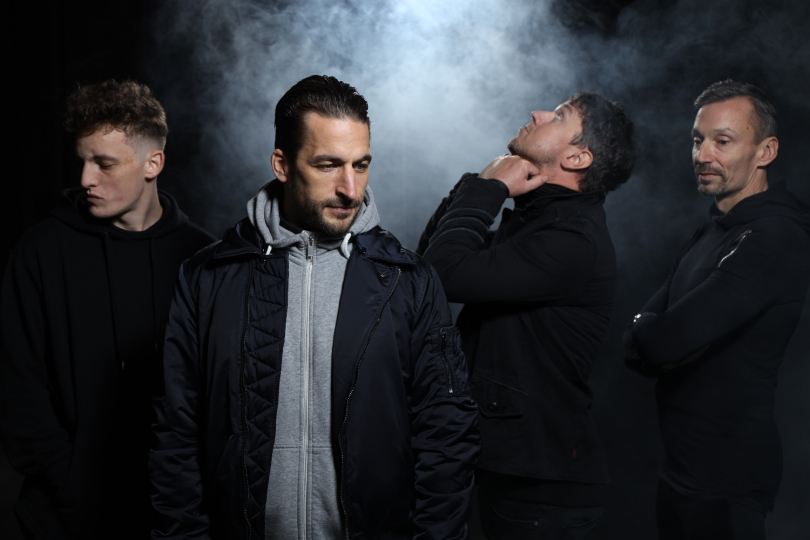 In order to use paid studio time effectively, the music has to be well arranged and polished before starting the recording process—which is not our case. | Photo: Tony Košař
Majkláč - Wed, October 27, 2021 - 12:00

We, The.Switch, have been working as a band since the end of 1996. It's unbelievable, but this fall we will be celebrating 25 years under that name! Over the years, we've made a lot of records in many different ways, of course, involving many different collaborators. From DIY recording in a rehearsal room when we were all still in high school to elaborate recording sessions with John Goodmanson at the legendary Robert Langs Studios in Seattle, USA, where Nirvana recorded their last songs.

After all these adventures and our quest for the perfect space, state of mind, tranquility, and an atmosphere that stimulates creativity, we ended up in our own rehearsal room again. Though it's a quite large, acoustically modified rehearsal room in Prague full of equipment we've collected over the years,  it's still not a professional recording studio in the slightest. We realized that if we are going to release something really refined, it's almost unthinkable to work on it in a rented studio. We're not particularly good players and in order to use paid studio time effectively, the music has to be well arranged and polished before starting the recording process—which is not our case.

And since we're all pretty busy with our jobs, families, and other non-band-related activities, we've now come up with a new concept for our next album: gradual evolutionary production. I, as the bandleader, am coordinating the whole thing and planning something like iterations (the IT-crowd will know). The process starts by digging out the initial idea. Either I'll bring pre-made riffs from home with a very simple drum groove, or we just try to play a jam in the rehearsal room on a randomly chosen theme. For example, the heavy riff after the chaotic intro in our last single "Hidden Place" was brought in by our drummer Haty.

At this point, we're getting our tuning sorted out. Each riff sounds different in our standard drop C than it would in the classic E tuning. For even more darkness and density, we chose drop B for the latest single—which is the tuning that for example Roots, our beloved Sepultura album from the '90s, was recorded in. The moment we have the building blocks of a future song in our heads, we usually record a very rough demo where we just put together verses, choruses, a bridge, intro, and outro. That's our most common form.

This rough demo is then slowly refined further. I listen to it over and over again in the car, from my mobile, wherever I have a spare moment and imagine what else I would enjoy in what place. Gradually, at home or in the rehearsal room on the computer, I cut, rearrange, shorten the demo. So far it's all just instrumental music, no singing. When it's sort of finished, I'll do a vocal session with Štěpán. By that time, we usually have the lyrics written by our lyricist Tomáš Tajchner in our hands, and secretly we hope the lyrics will fit the music well. We start talking about what emotion the lyrics have, how best to underline it with adequate expression, and how we grasp the verses and choruses—be it rap, chant, recitative, deep roar, screamo, etc. Then we quietly spend half an hour to an hour playing different references that are close to where we want to get to. I think that's what helps Štěpán the most to push himself to his limits. With the current single, I played him the first Slipknot record and we dissected Corey Taylor's expressive changes even within a single verse. It's brilliant study material.

The moment we have finished the rough vocals and rough music and we are all more or less happy with it, it's time for cleaner recording. Because our bass player Pavel plays really weird and quite often ignores the others in the band (the fact that he usually only wants to hear himself and his kick drum on his monitor is quite telling, I think), he is the first to go and the others adapt to his demands. So he records his parts into the demo drums and guitars straight away—it's not the final performance yet, but the demands on the sound quality are already pretty much the same as the final takes. In case musicians who read this are interested: we record his Warwick bass in the stupidest way possible, with a line from the instrument straight into the API preamp, through the API comp and EQ, then into another AMEK 501 preamp, and from there through the Antelope Orion audio interface into Cubase. We don't pick up the amplifier at all, nor the AMPEG tube head, as fantastic as that head is. We've found that the very raw sound of the instrument itself does the most justice to its player's original style.

When we have a decent recording of the bass line, our drummer Haty will record the drums in our rehearsal room so that they fit together with the bass as much as possible. Haty is definitely the most musical of us all and his ability to adapt to the other players is fantastic. He's already recorded these drums live over the AMEK mixing board for the same project, overdubbing the demo drums. At this point, I come in and have a superbly recorded drum and bass line to work with. I completely redo all the guitar riffs so that they work as well as possible with the drums and those modified bass lines. I'm actually able to completely change the riffs, playing style and sound of the original demo. I'll record these guitars again just as a demo, export it to Soundcloud and listen to it again for maybe a week. If I still enjoying the guitars after a week, I know they belong there. If it fits perfectly with the bass, another session with just the bass follows, where we record the bass again (which Pavel has been practicing at home in the meantime according to the previous takes). We even leave some parts. The parts that are not 100%, we re-record with the utmost precision to the (already clean) drums. Then, guitars again—to clean drums and bass.

I record guitars on one amp and two speakers only: Diezel VH4S, Marshall 1960AX, and VOX 212 cab. I always pick up the sound with three microphones. In recent years I've been using a Neumann TLM (whichever model), a Beyer M160, and a Beyer M201. They all go into the AMEK mixer. I cut the ugly frequencies from each mic or boost what's nice about it and mix all three tracks into one. I'll add color to this balanced group of guitar mics on the AMEK's cool EQs, do a low cut, and send it as one mono track to the computer. I always have at least three tracks in each project. Double tracking rhythm guitar panned to opposite sites, and overdubs in the middle.

On this already relatively clean recording, we're going to redo all the vocals. This time it's for real, so the maximum consistency in articulation, phrasing, intonation, and the already exaggerated expression on the edge must go even further, even beyond the edge. If you're recording in your own space, and the singer overdoes it and loses their voice, you can take three days off and go finish it. That comfort is just priceless. 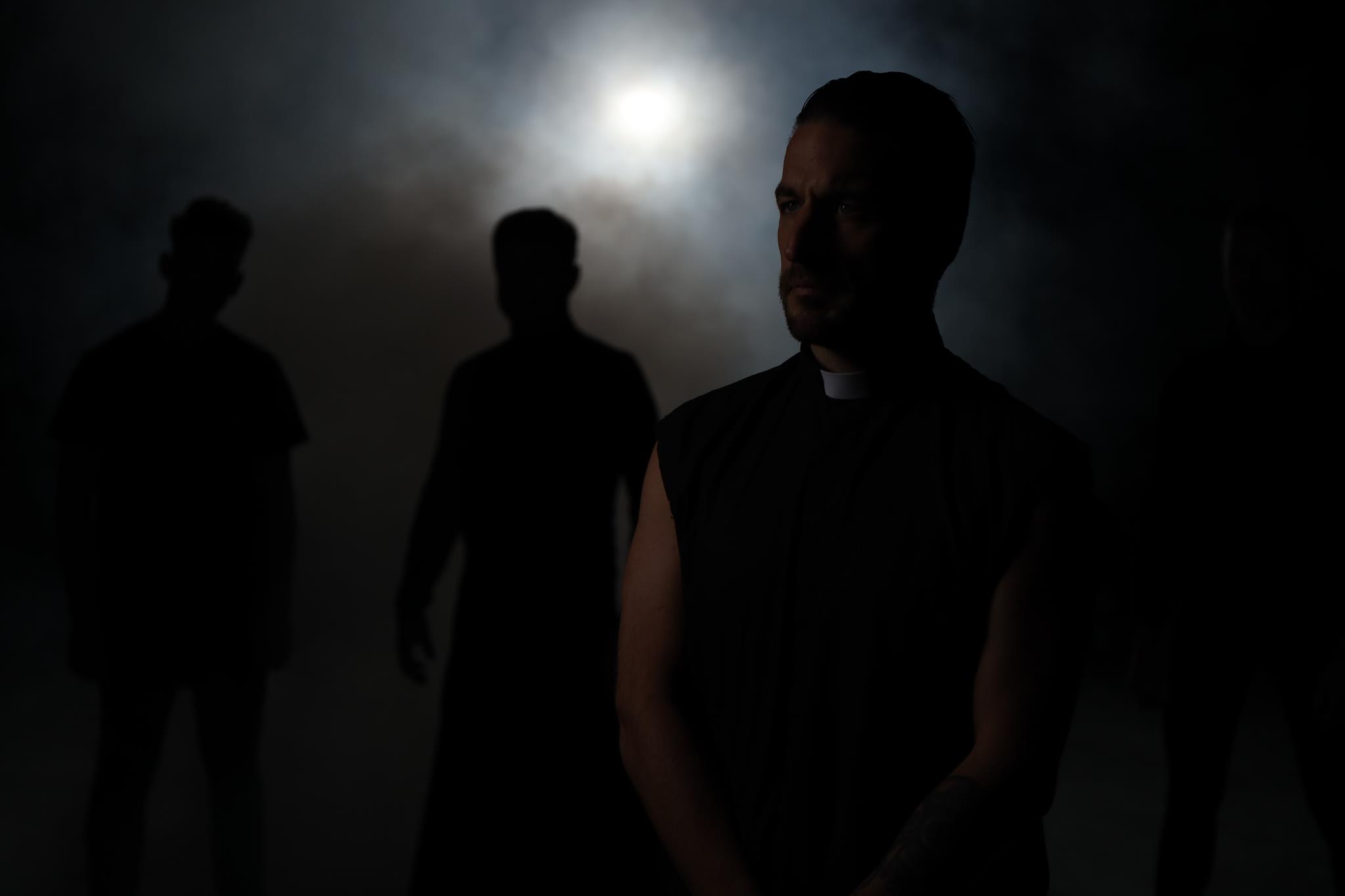 I pre-mix the finished record in my amateur way and only now we send it to one of the people whose work we enjoy for production and mixing. We wanted to do the single "Hidden Place" with Damian Kučera from Skywalker because not only is he one of the most talented young mixing engineers in the Czech Republic, but he has a great feel for hard guitars and drums and can make it raw and believable. So Damian will get from us the so-called stems, exported wav files from our already recorded project. He will do the absolute best not only in terms of mixing but also other production tweaks. Sometimes he throws something out, adds some area to the intro, cuts a piece of guitar somewhere and uses it somehow, etc. We send it back and forth and talk about it.

The advantage of having my own recording facility is that at this stage, if I hear that there's an additional color or melody that needs to come in somewhere, I'll go to the rehearsal room, have it all on in a few minutes, record it into the original project and send it to Damian that night to patch into the project.

The moment we have a complete and approved production, we have a so-called summing session. We meet again in our rehearsal room and send individual instruments from Damian's project through our AMEK analogue console divided into individual "swords". These are often stereo groups of drums, bass, guitars, vocals, then all the effects and then all the samples and weird sounds. We re-proportion these tracks on the console and send it mixed in stereo back to the computer via another group output, where it's recorded as an unmastered stereo wav. 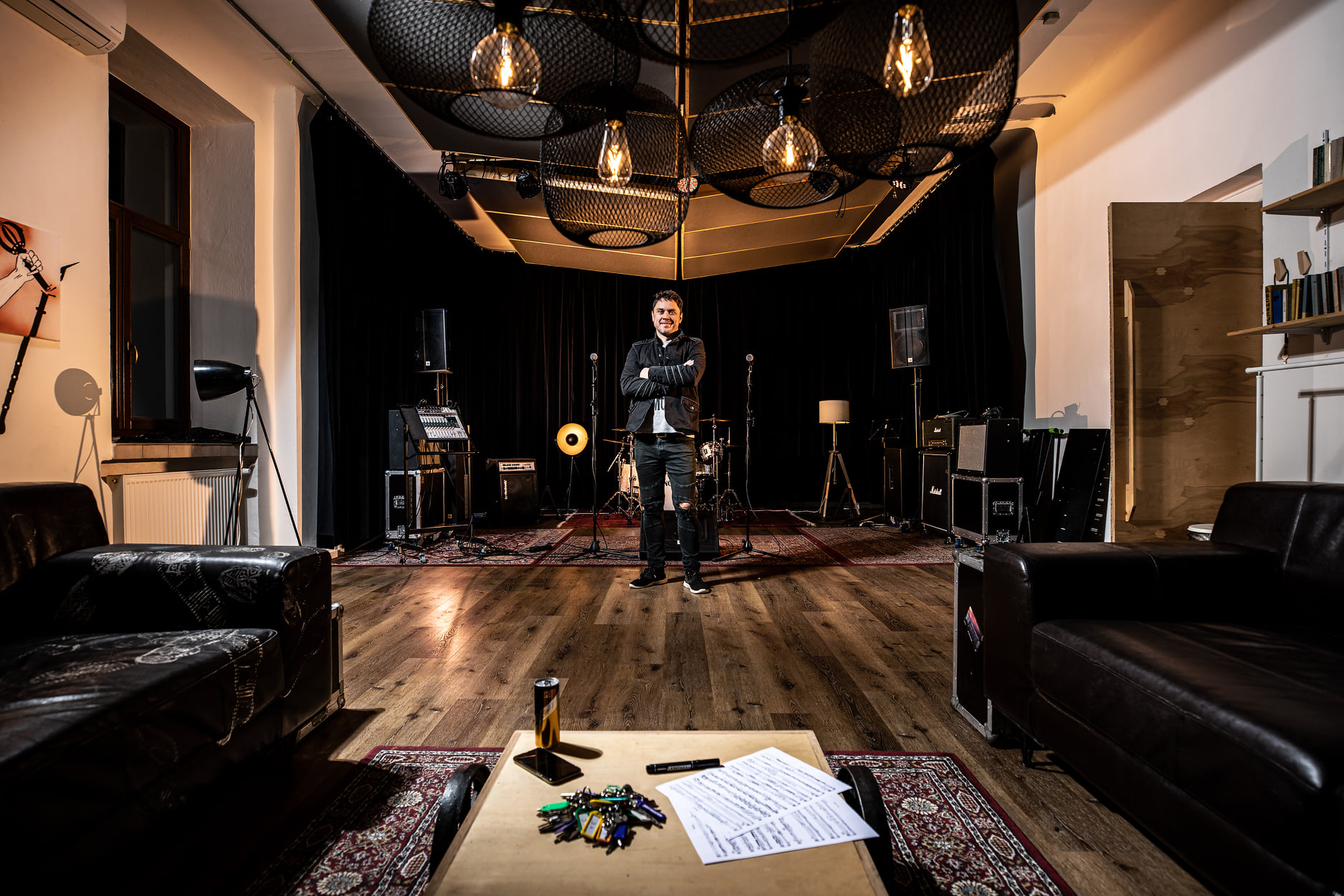 I send this unmastered stereo wav to our favorite engineer Troy Glessner in Seattle, because he just works incredibly fast and whatever he sends is so 100% finished that I've never sent anything back to him for rework. Troy usually sends it back in three or four days and it's done. Then all that remains is to finish the video or lyric video, schedule the release, put the single up wherever it needs to be, and while it's waiting to be released and we're posting about it everywhere, this whole process I've just revealed to you is already underway again with the next single.

So as you're reading this now, our second single is out, we've got a third single ready for upload that just arrived mastered from Troy in Seattle, and the above process is underway with the fourth single. And we've grown so fond of this carousel now, and we're all enjoying it so much, that despite all the work, family, hobbies, sports, etc., we now plan to churn out single after single in this fashion. At about two month intervals.

Thanks to Insounder for publishing this write-up, and I wish all bands that you will also find the approach you love, that allows you to transcend your own boundaries and to keep growing with each new project.

What is your experience with studio recording? Have your tried out any of the methods described in this article, or would you like to? Let us know in the comments! And if you have so much to share that it doesn't fit into the comments, why not write an article for our Community section? Send it to info@insounder.org.

Everyone’s Got a Monday
most read news