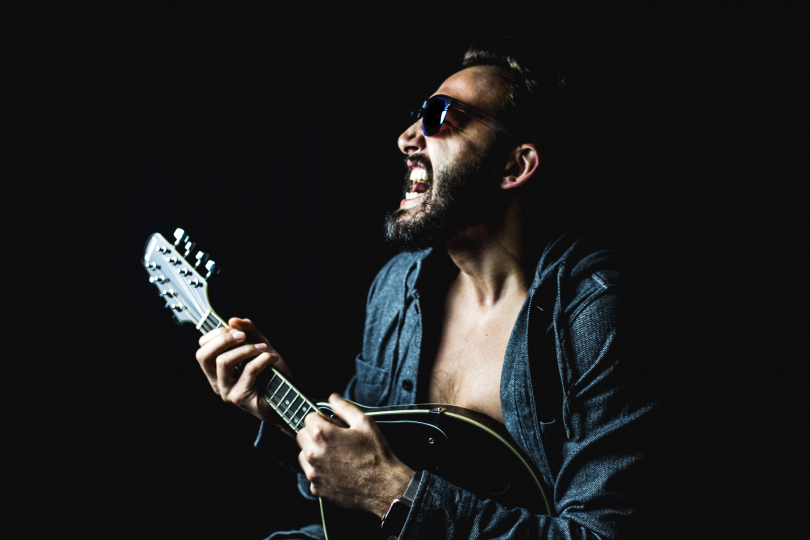 Too Good for the Job: the Trouble with Overqualification

Sometime in the last year, while travelling to a gig, I had a very interesting conversation with an unnamed drummer. To give you a picture, the musician in question was supposed to play a concert with me that evening covering some rock anthems by Whitesnake, Deep Purple and Rainbow. Especially for this event he flew from Greece (where he lives permanently) just to play in a pub in Wales, borrowed the top line of some Tama drums in London and rented a car. Whoa, what dedication, right? As the ride was quite long, we talked a lot about everything and got to know each other. In short, we just tried to entertain ourselves for the long journey.

My newly found drummer friend told me incredible stories from his life. He started Firewind with Gus G. (former guitarist of Ozzy Osbourne), played in Helloween and narrowly missed the drum chair in Scorpions as Mikkey Dee (Motörhead) was suddenly free after Lemmy's sad departure. I can't imagine the level of disappointment when you're already in the band and just by a sudden change of fortune you're replaced by a more famous colleague. Our drummer then approached several big managers in order to find a place in a well-established rock band, but he always got the same answers.

"You know, your career and experience are amazing, but you're just too good for the bands I know. They wouldn't know what to do with you. Or you with them, haha."

And that's when I first encountered the problem of being "overqualified" for the job—when you're simply too good for the offered position.

Billy Sheehan (Mr Big) once said: "You think, you stink!" His intention in this bold statement was to point out to musicians who think too much while playing or performing, who are not in the present moment, overanalyse, or just overthink everything.

Quite a strange quote from a virtuoso bass player, isn't it?

Billy Sheehan is famous for his incredible playing technique, breathtaking bass solos and equilibristic skills on the edge of the possible. In order to achieve this kind of mastery, he had to spend thousands of hours with a bass in his hand. My Los Angeles friend told me a story about Sheehan practising bass even when having a coffee and shredding the scales when on the toilet. He was playing the bass constantly while talking to his guests. It was impossible to see him without a bass in his hands. An extreme example of determination to achieve a sublime level of bass playing.

The meaning of the statement "You think, you stink" could then be probably interpreted more as "a smooth sea never made a skilful sailor" That is, to distinguish practice routines from one's own playing. Sheehan shuts off his brain when he is in a room with other musicians and lets himself be carried away by inspiration, the moments when you spontaneously react to the musical impulses of your bandmates. The same thing happens at a concert.

You don't want to deal with music rules or techniques, you just want to play. Rock on, baby!

I think the excess of analyses and thinking is often found in "overqualified" musicians. They are so advanced in their knowledge and experience that sometimes they forget about spontaneity and the simple joy of enjoying the playing. Their knowledge and skills are actually a nuisance to them. Very often they get stuck in details, trying to solve every detail in-depth and require perfectionism from everyone. The mood is at freezing point and bandmates are stressed from increasing pressure and expectations. This scenario can also occur unconsciously from the other side's point of view. Imagine playing with someone you know is light-years ahead of you in terms of playing technique and possesses a wealth of great ideas. That pressure and responsibility will immobilise you, creativity will come under the critical fire of your brain and the joy of playing disappears as you're trying to match up with somebody out of your league.

However playing with musicians who are far better than you is an amazing, enriching experience. Personally, I was always looking for bandmates from whom I could learn. I don't like being the one who is "overqualified" in a rehearsal room. But sometimes you find yourself in this unfavourable position due to the interplay of coincidences. Then it's up to you to make the most out of it. You don't have to lower your level, deliberately make mistakes, pretend to be someone else or try to be "cool." The souls of any sensitive musician will feel that false modesty or feigned indulgence.

Turn off your brain fog, focus only on playing, react to the ideas of others and let things flow. There is no need to sort out everything right away, push the buttons or have an immaculate action plan. Give things space and distance. If this is not possible, take the initiative, but lead in the style of an usher at the theatre. As he leads you, he walks in the direction of your seat, expecting you to follow him. He is in no hurry, waiting for you and adapting his walking to your pace and mindfully observing if you're following him. You're walking together, only the one who leads is slightly in front of you. And this is exactly the position you should be in if you are with musicians who expect guidance from you, thanks to your experience and skills. Don't let them down, be a leader, but don't be a dictator.

If you are in a position where you need leadership, do the same. Don't try to figure it out, give things space and follow the band leader—it's usually the most experienced musicians with the obvious skills. Play by ear and feeling, rather than by rigid reasoning. Don't listen to the inner whisper that you should count beats, watch the tempo, listen to this or that, comfort you, criticise you, or throw complete dadaism as to which movie you should watch in the evening or what you should have for breakfast. It's all nonsense.

If the following thought goes through your head: "Yeah, I play bass and it's sounding pretty good" or "Yeah, it's groovy today," it means you're not fully immersed in playing, but rather in the mind game of your brain. When you play with full immersion in a song, in the music, you don't have time to think. Either you are fully in the moment, or your mind is flying somewhere around. Both are not possible at once. So when you have these inner dialogues while you're playing, you evaluate what's going on, you're just not doing it properly.

It seems this is exactly the problem of "overqualified" musicians. If you require certain standards, a clear plan, a "professional" approach and a proper reward for your highly qualified work, you may not receive them. However that doesn't mean you have to accept everything, have no quality standards or play for free. Just make your priorities right and focus on the moment, music and vibes, instead of results, efficiency or plans.

In music, only your art speaks for you, and if you fly high enough, the mundane affairs will completely miss you. So shoot for the stars, be brave and stand for your heart.

Ever been just way too overqualified for a gig? Leave us your thoughts in the comments below!