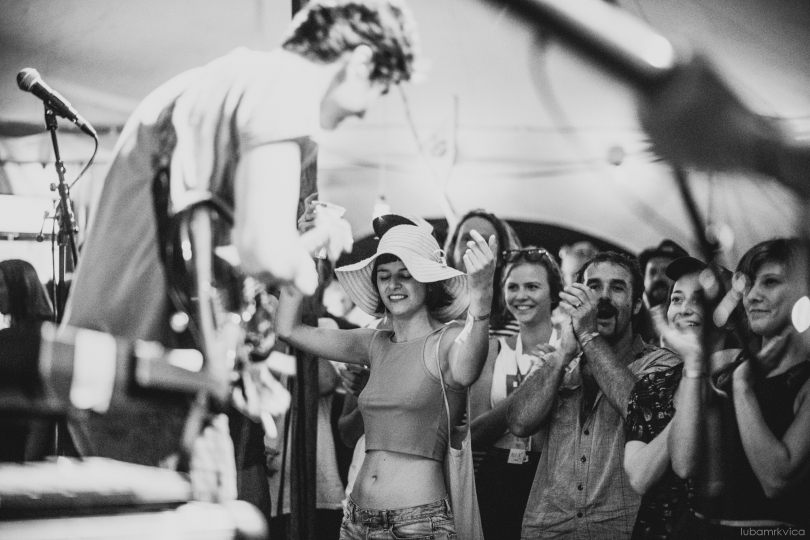 Does one have to be introduced to music at a young age to have the proper foundation? | Illustration photo: Luba Mrkvica
Jaroslav Sýkora - Fri, December 31, 2021 - 08:00

When someone starts thinking about an ambitious music career in their twenties and comes across videos of much younger talents—if not already professionals—all over the net, they may feel inferior and give up on their plans. But what if someone starts thinking about a music career at, let's say, thirty? Forty? Or even later? What if the goal isn't a career but merely a vision to play well, to make yourself happy, but somewhere in the back of your mind there's a nagging feeling that the best years to start are long gone and the potential is wasted? Good news! The findings are that it really is never too late for music, whatever the ambition.

Years of practice, rehearsing, experience, searching, and exploration are irreplaceable. Time has an undeniable effect on musicianship, at the very least on self-assuredness. It is, after all, nervousness that is often a hindrance to performance. Think about your first, second, third recording session in a studio. At home and during rehearsals everything goes well, you can play your part on the first try, but with the recording headset on, it's a completely different story. It's because experience with certain situations prepares us for future achievements, and practice and years played are often really important, if not crucial. But the point of this article is to show that there is no such thing as a sensitive period for learning the craft of music. Therefore, those who had little to no parental support for learning music or who did not focus on music during their childhood need not despair. Whether one is a student in their twenties, a young parent in their thirties, a seeker of distraction and new goals in their forties or even later, the starting line is exactly the same no matter the time. It is just as bumpy or straight, as difficult or easy. You can mug up on music the same way, no matter your age.

The mistaken assumption that we have to start learning to play a musical instrument at an early age for our efforts to be meaningful has probably more reasons. The first may be the whole concept of classical education—which includes learning music. For some parents, the standard is to send their child to a music school to learn the basics, find a relation to music, and develop. All credit to this approach, it makes sense in a way. Provided that the child is willing to do that and gets access to a quality source of knowledge. But this approach evokes that one must be guided to music from a young age to have the right foundations. The second reason may be a kind of developmental idea that one can only learn to perceive music at a young age. And if that doesn't happen, they don’t have much of a chance to do it later. This misconception may stem from certain situations in which a young child cannot learn to speak (cases of so-called wolf children) and later in life, their ability to speak is either limited, lags far behind peers, or is lost altogether. Such a sensitive period for speaking and language learning lasts until about six years of age. However, this does not seem to be the case when talking about music and music education. The use of such an analogy is therefore misleading, as the results of a recent study suggest. What did the researchers focus on and what are their findings?

Is when I start playing related to how good a musician I can be?

They chose two groups of people. The first one was made up of professional musicians, the second was a group of musically committed twins. For both groups, the researchers looked at when the person started playing a musical instrument, how long they had been practicing, their musical abilities (ear, melody, rhythm), and their musical achievements. The reason for including the twin group in the research was that it allowed them to see how the family environment and heredity affect musical abilities and achievements if the effect of the start and duration of playing is "subtracted".

Length of playing is quite certainly related to success in music

What does this imply? Experience and achievements go hand in hand in the music business. The reasons for this are not stated or explored in the study but it wouldn't be that hard to come up with some. More contacts, more opportunities to make it big, more chances of getting noticed, or more time for writing a popular song. Thus, the length of playing is related to success. But such a result does not answer the original question, which is whether the age when one starts playing is related to how good a musician one can become.

These results suggest that musical ability is related to the age when one starts playing. Such a result has appeared in a number of other studies and therefore supports the idea that it is desirable to start playing a musical instrument in childhood. However, this is not the case. At least not entirely. That is why the aforementioned study included a group of musically engaged twins in the research, which allowed for an analysis that "purified" musical ability from the influence of the start of playing and showed the influence of family environment and heredity. Unfortunately, the factors of environment and heredity cannot be separated well enough, so I will call them "the family influence" to make it simple. What was the result? The start of playing has a negligible effect on musical ability, whereas the family influence is crucial. So does that mean that if my parents didn't support me learning to play an instrument in my childhood, I don't stand a chance? Not really.

The influence of family seems to be crucial to musical ability. It explains why people differ in their capabilities even though they start at the same age. The study does not answer the question of why it is this way and what we can do about it. It just says that it doesn't matter much at what age one starts playing. If I were to interpret the results in my own way, the study actually says that it doesn't matter when you start playing, but how supportive the conditions are at that time. This is an amazing finding because it gives one the opportunity to at least partially influence what musical ability one achieves. Age cannot be influenced, it just goes on and on and there is no going back. So if the existence of a sensitive period for music were valid, many people would have wasted the potential of their musical ability. However, we know now that anyone can start at any time, adjust their conditions to develop their musical ability, and time... time is "only" crucial for musical achievements.