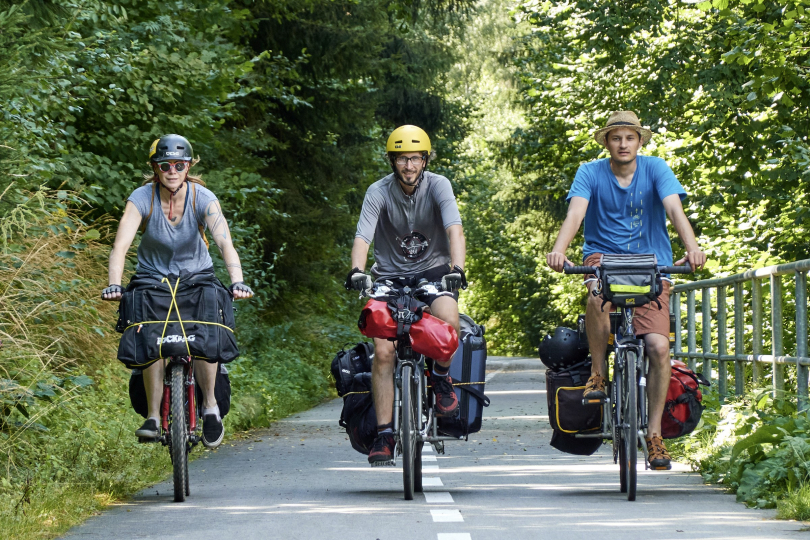 What’s more “folk” than going on tour by bicycle? Czech chansonnier Jan Řepka has been doing it for over ten years, mostly solo. This summer, he took it up a notch and assembled his own “Bicyle Band” with fiddler Honza Bartošek and myself, bass player Loes van Schaijk. In this article I will give you a quick impression of what my first musical bicycle tour was like—and why I can’t wait to start planning the next one.

In 2009, Jan Řepka bumped into The Ginger Ninjas, a traveling circus of touring musicians/performers from California who transported all their instruments, PA system, and even a massage table on cargo bikes. Jan tagged along with them on tour for a week or so, which inspired him to buy an Xtracycle and plan his very own musical bicycle tour. Since then, he has done about ten of these tours through Czechia, Slovakia, and Poland, sometimes on his own, sometimes with guests. Fiddler Honza Bartošek, who spontaneously joined Jan for a few days last year, agreed to accompany him for the full 2.5-week tour this year—and then they asked me to come along as well.

At first, I laughed and said: "No, thanks." I am a double bass player and there is no way I could carry that instrument on a bike. Also, I am Dutch—even though the cliché is true that we basically ride bicycles out of our mother’s wombs, I am used to a flat landscape and have no experience with the Czech hills.  But then I remembered that such a thing as a “bass ukulele” exists—so I invested about five times more money than I would earn on tour (story of my life...) into this new instrument and a lightweight bass combo to go with it. And the boys convinced me that I would be able to conquer those hills by bike, as we would only cover short distances (max. 50 kilometers per day) at a slow pace. 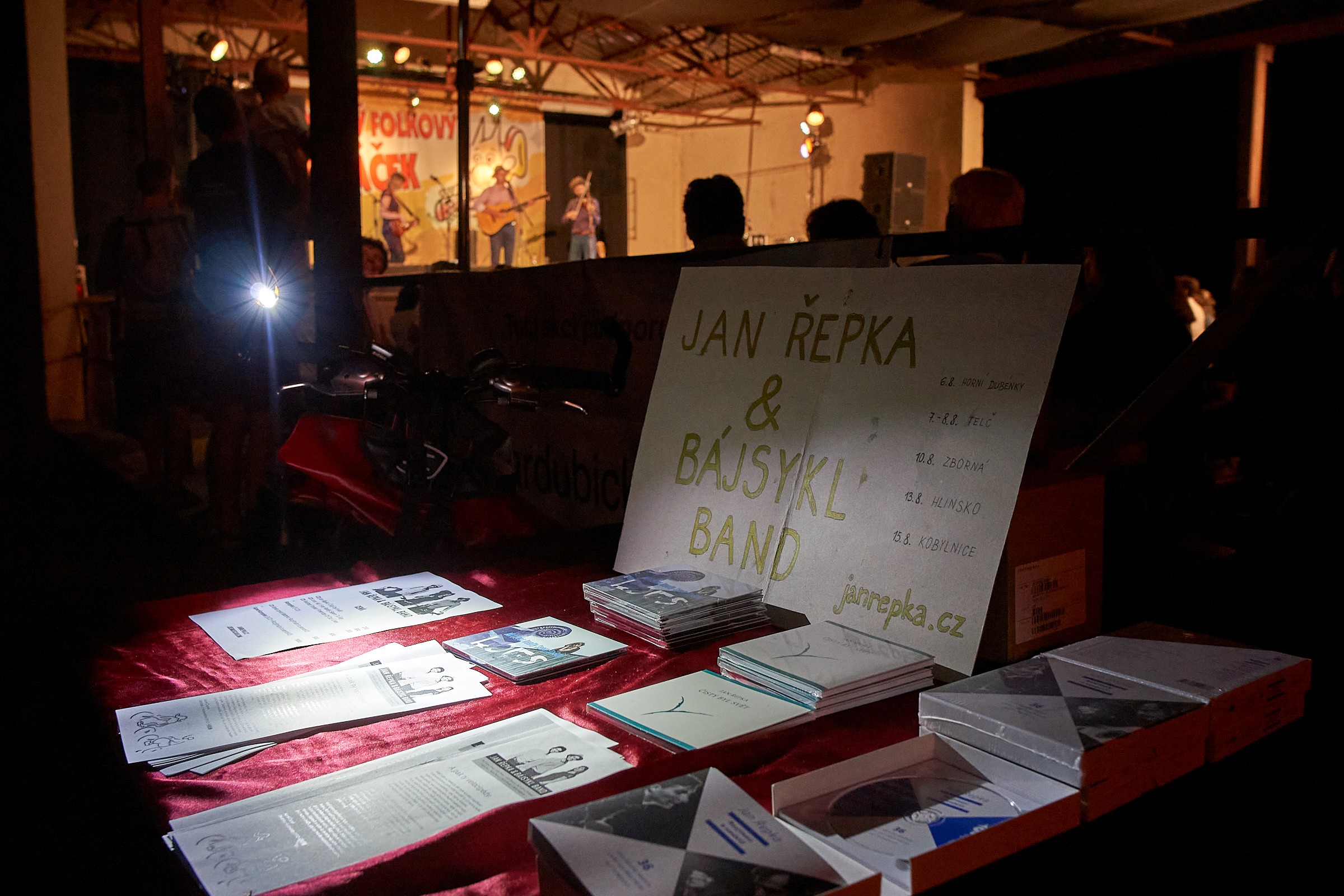 Our 2021 bicycle tour in numbers and highlights

We took the train three times: to get to the starting point (Nové Hrady in South Bohemia) and from the final concert in Kobylnice back to Prague, because making a full round trip would add another week to our tour, which we couldn’t afford. We also took the train one day to cut about 15 kilometers off our route because that day we had a gig in the afternoon, and otherwise we might not have made it there on time. Jan had already warned us that we should not get too excited about that and to not see the train as an alternative on days when we feel too lazy to get on the bike. It is not at all guaranteed that your heavily loaded cargo-bike will be allowed or fit into the train, and there is a good chance that you need to carry it up the stairs to the platform and that the staff will ask you to remove all the luggage and accessories, even smaller saddle bags. In most cases, just getting on the bike and pedalling is definitely the more comfortable option. 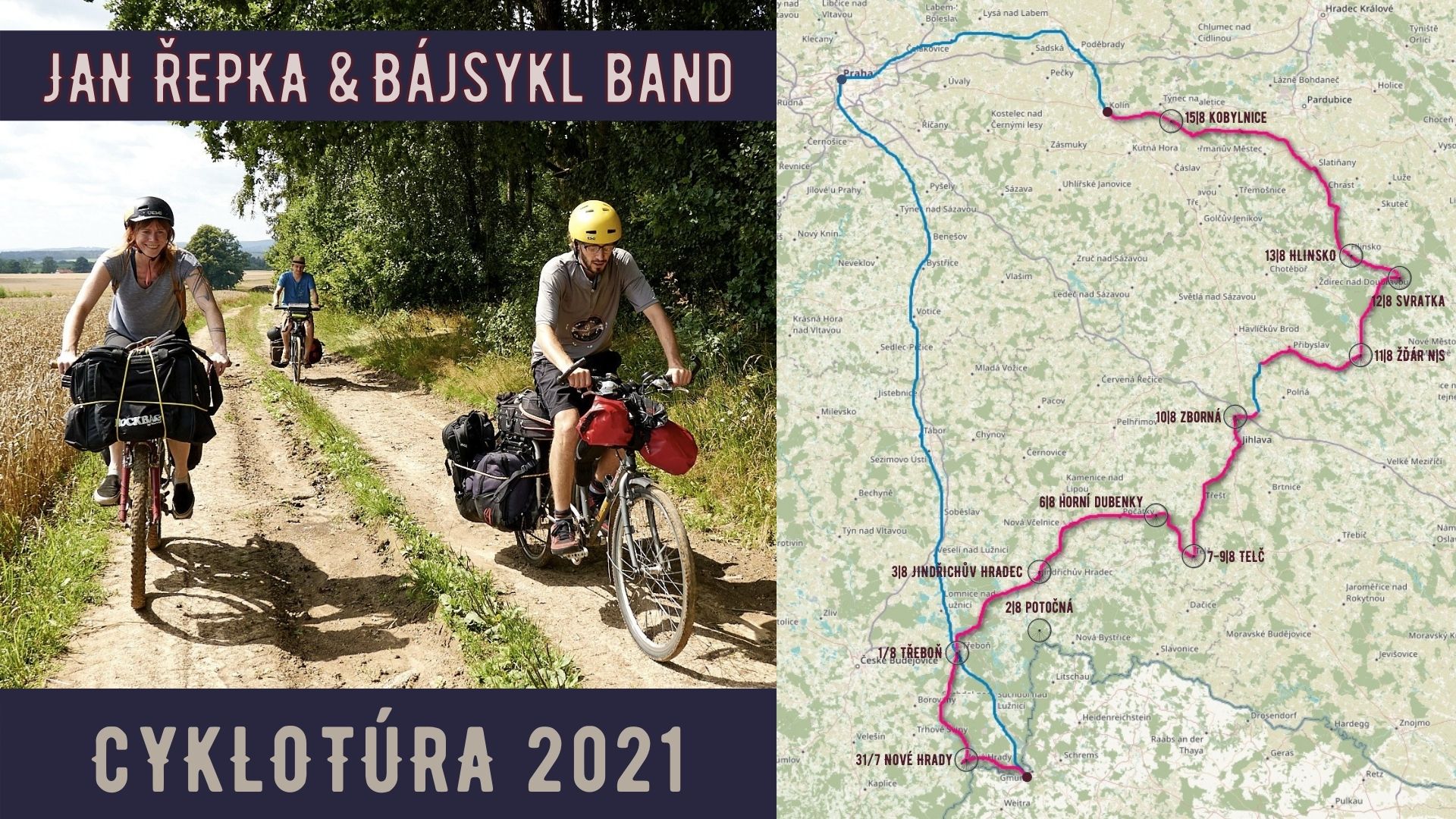 Our standard two-hour concert was comprised of these blocks:

For festivals, we narrowed it down to one hour. On one occasion, we played to an hour-long concert fully devoted Jan’s translations of Bob Dylan songs. And when we went busking, we would disregard the setlist altogether and just jam whatever we felt like at the moment or what the audience requested. In the Czech Republic, people are still very used to listening to music in their own language (a residue of communism, when singing in English was forbidden by the regime), so it is a huge plus that Jan is a very skilled translator. 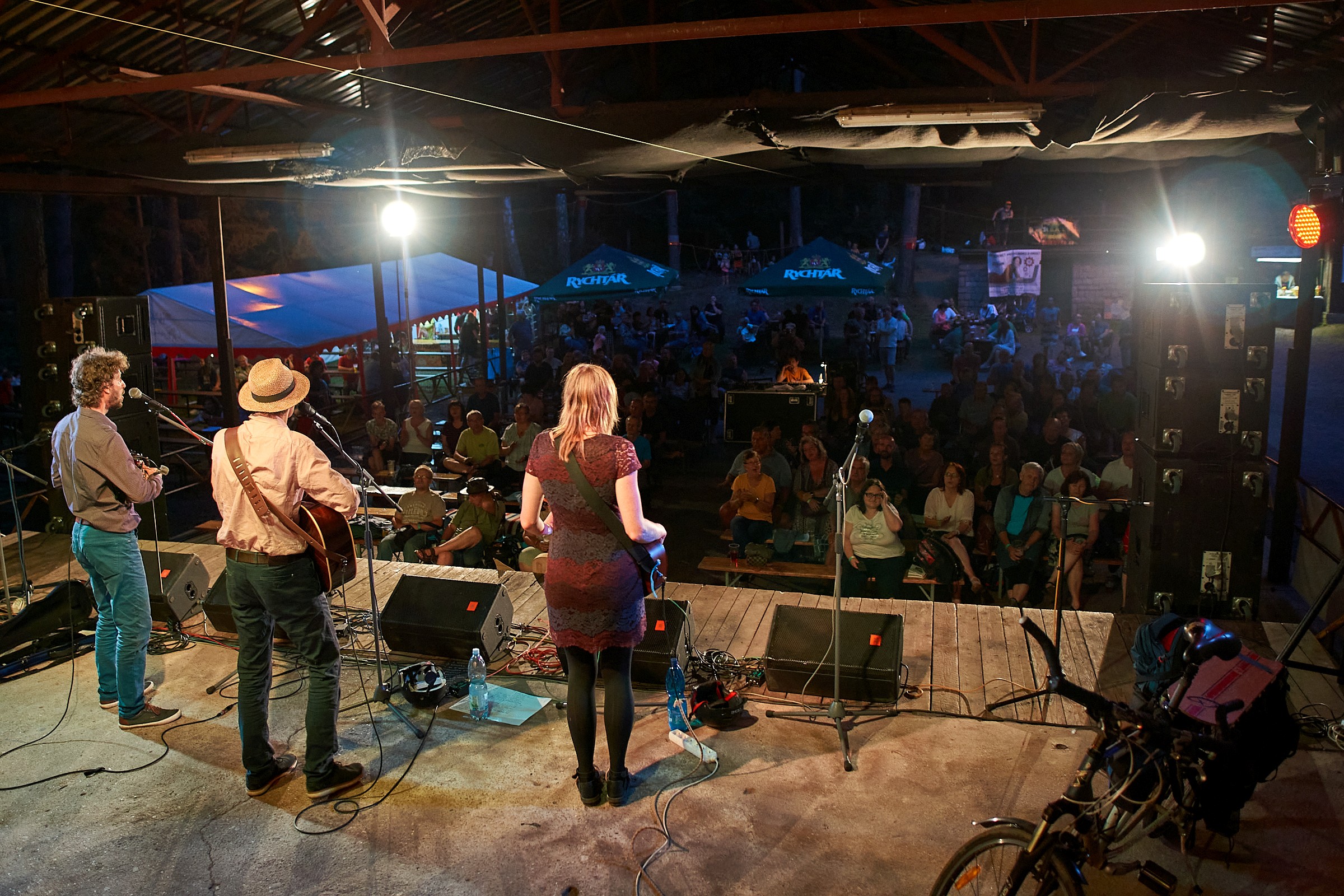 We played all kinds of concerts: from busking on the streets and subsequently suffering from sunstroke, playing in a pub where the regulars who were talking loudly and smoking cigarettes for most of our concert until they had to go home to put their chickens in the coop, under a romantically lit birch tree at a garden concert, to the main stage of a large festivals for hundreds of people who listened attentively.

We played in all kinds of weather: the day after we got the aforementioned sunstroke, the temperature dropped by 15 degrees Celsius and it rained for three days on end. One outdoor concert was greeted by a thunderstorm, so we had to run off the main stage and play semi-unplugged under a covered archway. But it was mostly hot.

We played for all generations, as it was often the people around our age (late 30s) who brought the entire family along: children watched us from up a tree and were fascinated about our bicycles and instruments, seniors exchanged songs and stories with us, and we even had some teenagers bobbing their heads in approval of our groove.

It was an amazing experience and I can recommend it to all musicians who love going on tour but are not too excited about being stuck in a car all day or who are looking for eco-friendly alternatives to touring by car. Sure, there are downsides. You can’t just pack whatever crap “might come in handy,” you need to leave your Leslie cabinet at home, you need to meticulously plan concert dates and locations, and you absolutely need to stay healthy. But then there are the upsides: no fuel expenses (!!), less of a hassle to park/unload/load close to the stage, daily exercise guaranteed, getting to know a country so much better, growing your fanbase with people you probably wouldn’t reach otherwise, automatically attracting spectators (great when busking!), equal responsibility within the band for the transport (not putting the whole burden of driving on that one band member who says they don’t mind driving for 10 hours and is then exhausted during the show) and an awesome sense of freedom.

Our 2021 Musical Bicycle Tour in pictures

For those interested in more details of all that we experienced on our 2021 Musical Bicycle tour, we are organizing a photo screening with a concert in Prague near the end of September. Date and location will be announced on www.janrepka.cz

Are you tempted to buy a cargo bike and plan your own musical bike tour? Awesome! Tell us all about it in the comments.

In my next article, I will give you 10 tips that might come in handy…. 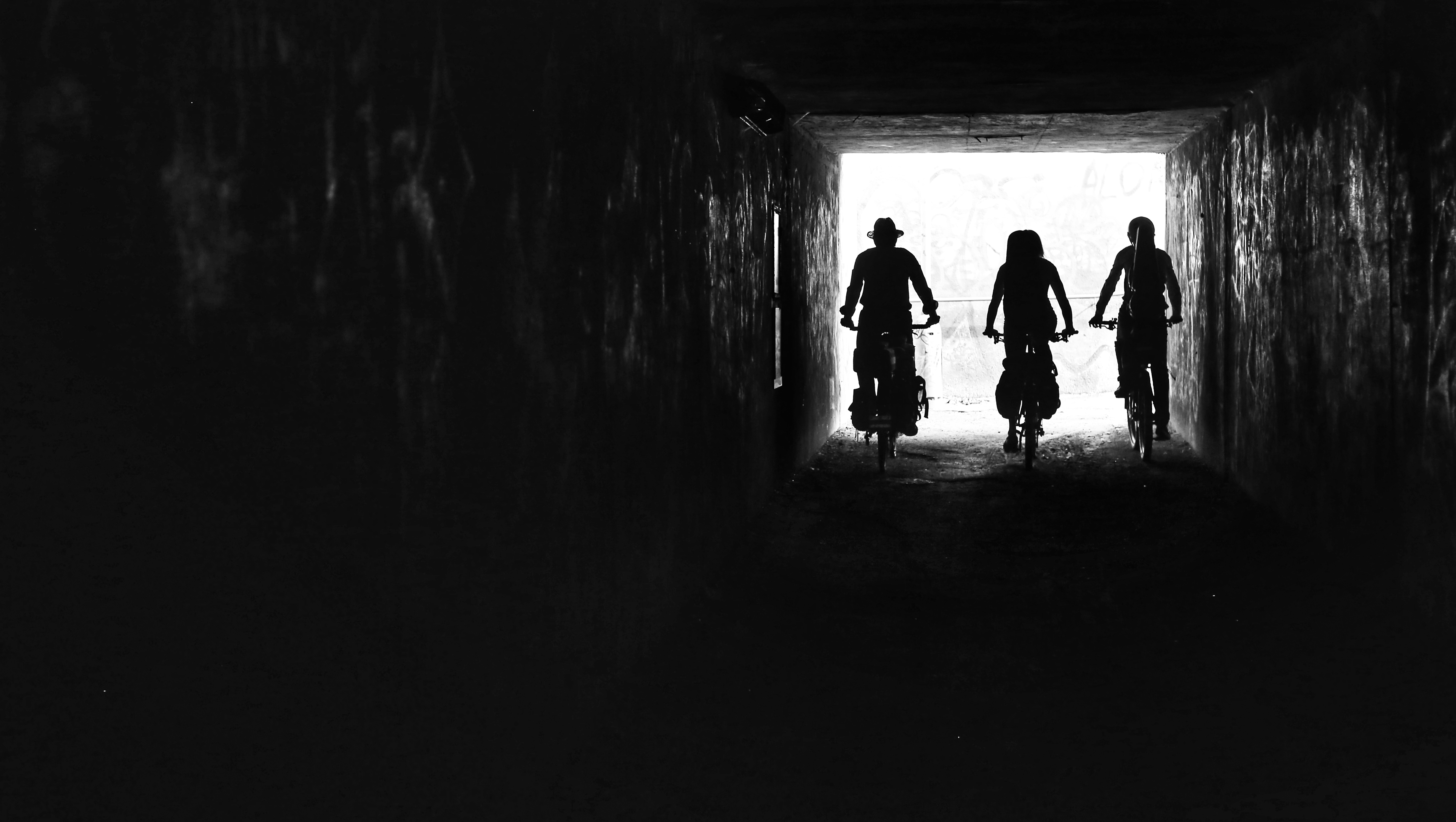 Originally from the Netherlands, I'm a singer-songwriter and instrumentalist (double bass, guitar and bodhrán) based in Prague, Czech Republic. I have many years of experience touring the European bluegrass and folk scene with bands such as Red Herring, Svaťa Kotas Band, and p…
RELATED ARTICLES

Two Songwriters, Two Cups of Coffee, and a Cat
most read news