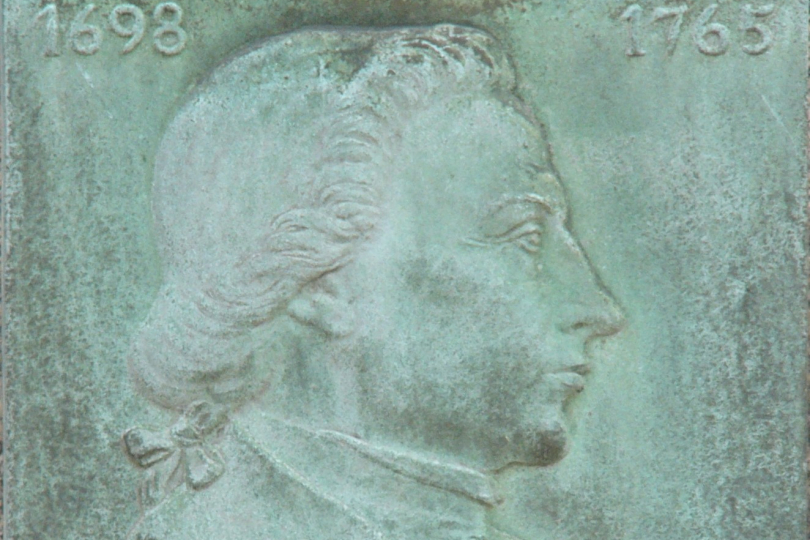 Almost all genres nowadays use electronic instruments and tools, to enrich music composition. When we look at the gear musicians use today we can see how electronic devices have become quite essential. But in which moment in the history of music did musicians feel the need for something more—something that at first glance seems artificial, but can express sounds more naturally than even unplugged instruments? There was a moment, also due to the interest and development of scientific experiments, that electricity became sound. And this completely revolutionised our way of conceiving sound and approaching music. We are talking about the very first electronic musical instrument and its inventor, Czech scientist Václav Divíšek, aka Prokop Diviš.

In our previous encounters we talked often about how electronic music influenced the sound of today—and how it represents the sound of the future. But where did it all start? Who was the first person to combine electricity and music?

We have seen, a long time ago, how Edgard Varèse could arguably be considered the very first electronic composer in music history, and how at the beginning of the twentieth-century electronic music made its way into the world. But Varèse was not the first one to approach electronic gear. Surely not the one who first discovered the possibility of turning electricity into sound.

To reach that beginning, we will have to go very far back into history, many centuries before ours, but not that far geographically. We won’t need to move at all. Václav Divíšek was born in Bohemia, and more precisely in Helvíkovice (now known as Ústí nad Orlicí), on 26 March 1698. Václav assumed the name Prokop after entering the religious order of Premonstratensians. He was ordained priest in 1726, and in 1733 he became a Doctor of Theology, after finishing his PhD.

Three years after Prokop was appointed priest in Přímětice, which is today part of Znojmo, he served there, helping work at the farms and building water conduits. There, for the first time, he became familiar with the scientific experiments focused on electricity that were trending at that time.

He applied the knowledge acquired in building a "weather machine", constructed on a forty-meter high free-standing pole, erected in Přímětice. It was the first lightning rod, born in the same years as Benjamin Franklin's invention. In fact, Prokop’s experiment—despite the "fringe scientist" status he had acquired over the years for his supposedly absurd inventions—was more accurate and detailed, and probably created shortly before Franklin's. But Prokop used electricity also for other purposes.

Apart from science, Prokop was interested in music. His background was certainly connected with monastic musical works, but his personal interest was in replicating the sounds he could find in nature or from other musical instruments. He built a unique instrument in the year 1753, in the shape of a cabin with metal strings, called Denis d'or, known also as Golden Diviš.

The instrument was described as an "orchestrion", because of its ability to replicate the sounds of wind and string instruments, and various accounts describe it as an electro-acoustic instrument, where the strings were vibrated because of the electrical charge. It is also thought, based on a description from the time, that Prokop used electromagnets, but this hypothesis is very unlikely, as electromagnetism didn't become part of the scientific discourse until around 1820. Some other sources inform us that the instruments consisted of 790 strings and it was 5 feet long and 3 feet wide. With the mechanism he invented, Prokop could emulate the sound of harpsichords, harps, lutes, chordophones and, as previously mentioned, wind instruments.

Keys of the instruments were temporarily charged with electricity, so that Johann Ludwig Fricker, after experiencing the functionality of the Denis d'or, described it as an electronic musical instrument. Electricity served as a medium for the sound to be expressed, in a pure and resonant way, but it also served other functions, as the Denis d'or was also capable of giving small electroshocks to the musician playing it, intended as a joke, and this was another form of entertainment for the audience. A practical joke, at the expense of the musician, that was supposed to enlighten the mood of the nobility enjoying the music in their comfortable saloons.

Unfortunately, not much is known about this instrument. The prototype built by Prokop vanished soon after his death on the 21st of December 1765, and additionally, witnesses of the time, when they spoke about this portentous music instrument, were often vague or discordant. Prokop's work was recognised at the dawn of the 19th century and today he is considered a visionary, as well as one of the inventors of the lightning rod.

Even though we do not have the privilege to know today what his Denis d'or looked like and if we can really talk about the very first electronic musical instrument, his experimentation with both natural and artificial sounds and the combination of electricity with music, are a precursor of the electronic music era. Experiments made some centuries afterwards, like the Theremin, the Ondes Martenot, the Croix Sonore, the Trautonium, and even the famous Organ, carry on Prokop’s legacy, and hand the reins to the modern Musique Concrète, the topic of our next Milestones.

If it is true that musicians were electrocuted by the instrument, randomly and for amusement while synthesizing sounds, then the discourse goes even deeper, as his music was apparently combined with other types of performance art. It is a concept that recurs up to today.

How is electronic experimentation in music developing in our times? Was Prokop's invention a real game-changer, or just a Baroque caprice? Was electricity just a tool to electrocute the musician and amuse the audience? Or was there a wiser utilisation of the charged strings on the Denis d'or?