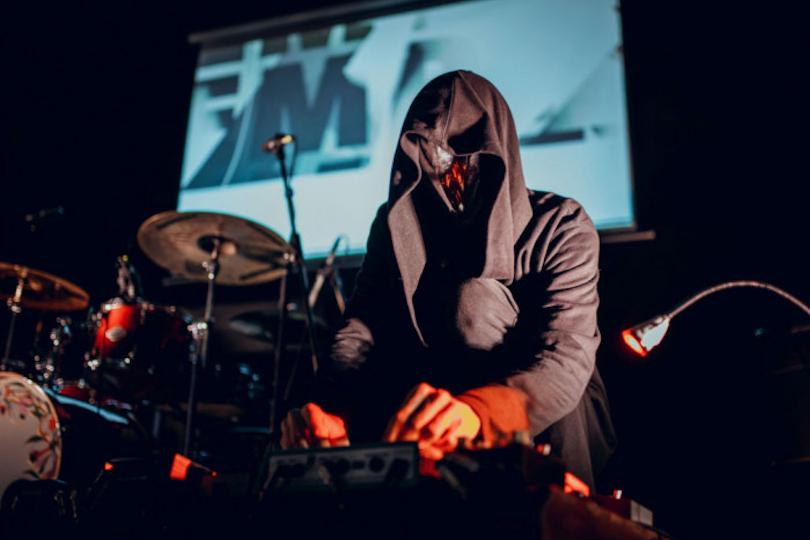 Have you ever listened to the top songs on the charts and thought: "Oh man, this is crap"? You have. And you're not alone. The JAF 34 project is swimming against the current in this regard and that's just the way I like it.

What is it that makes contemporary society so empty? How is it that in the past, mainstream opuses like Pink Floyd's The Wall were made, and nowadays, the trendiest songs are two-minute songs that are ego trips rather than artistic achievement per se? What's behind this and how can we change it? This article in and of itself will go against all these trends, as it defies the current practice of how to communicate on the internet, i.e. short and witty—imagine asking the reader to actually think...

BTW, this really isn't going to be an article by a pissed-off boomer who doesn't understand kids these days. Trust me!

According to statistics, there is not a single band among the current most successful musical acts. Let alone rock bands. The most successful musicians are predominately individuals who perform electronic genres, and that's no coincidence. It's because it has gotten extremely easy and cheap to create music. Nowadays, literally anyone can record an album, anytime, anywhere. Everyone knows it, and we have for over a decade already. The beginnings of my JAF 34 project were no exception in this respect. You don't need any particular talent, idea, or even loads of money to do it. There is definitely something beautiful about it—for example, when you hear the discovery of the year Amelia Siba and her debut album that was literally recorded in her room, everything suddenly makes sense.

However, there is a downside to this aspect of "cheapness:" there are so many new songs every day that you simply can't take it all in, and the quality of the mainstream output is constantly decreasing.

It's probably most noticeable in the rap world. These guys release a single every month and an album every year! On the one hand, an incredible feat and a gauntlet thrown down to the standard bands, but then when you listen to the result, you realize that musically, it really isn't all it's cracked up to be. The time and effort that they put into each song, especially lyrically, is tremendously evident in the result, unfortunately in a negative way. The production is already someone else's business. Respect to all those who break out of this malaise and push the confines of the genre in the right direction, like Kanye West, Kendrick Lamar, or Tyler, the Creator. But this form of eclectic work and life that moves consciousness in an already half-virtual world is a pure sign of the times.

Can we blame social media, that gives us a limited number of characters per tweet? Or the overwhelming digital world with all sorts of messages and notifications that we can physiologically no longer keep up with? I had this in mind when I made the video to the song "Now," for example. So here's some advice for you.

Turn off notifications or leave your phone outside the rehearsal room while you compose and focus on your work. Instagram can wait.

It's an indicator of just how the content of human relationships and our social communication is emptying out. Everything is abbreviated and nothing goes properly in-depth. Current emotions are addressed instead of long-term reason. Music videos consist of extremely rapidly edited mood sequences rather than telling a story or an idea.

With the JAF 34 project, which was also a purely electronic "bedroom production" project in the beginning, I realized over time: dammit, that's not the way I want it to be. I don't want to stand on a stage with nothing but a laptop, I don't want it to be this superficial. Both sonically and ideologically. "We could use a bass here and drums here! And maybe even vocals! In the background, thick analogue synths! That's it!" The breadth and variety of sounds. Well, yeah, but that was starting to sound like a proper band already, and the sampled loops I had downloaded from the net couldn't convey my vision. There was no choice but to write to my producer buddies to help me finish the songs. Of course, the work started to get complicated and dragged on longer, which is definitely one of the aspects that discourages most people or makes them go solo in the first place. But I gave the songs the time they needed to be the way I hear them in my head. In the end, I had a total of 11 friends helping me out on the JAF 34 debut album, which is intentionally called Empty. So here's another piece of advice for bands.

Think big, think in all directions, and if you have a strong idea, go for it. Even if it costs more time and energy, it's worth it.

Due to a powerful life event–in the form of a death–that happened at the beginning of my writing process, the whole debut album Empty was given the concept of "The Circle of Life." You can imagine that to mean anything, but I knew exactly what I was going for. The fundamental triangle of birth-life-death suddenly opened up a huge range of ideas and possibilities for working with the theme. From the abstract impressions of a child's consciousness that we have all experienced and that distinguishes each individual, to the post-mortem decomposition of that unique individual into the very atoms that will in turn bring us all back together into a single whole of time and space. Not just people, but the world itself. Everyone and everything around us is built from the same "bricks" and it is an incredible miracle how, for all its complexity, everything around us works in absolutely perfect synergy. This phenomenon is the subject of the last track on the album, "Light."

Prague-based audiovisual artist. From the very start of the JAF 34 project, it has been my aim to break free from the molds and chains of how music should be made today and how it is expected to sound. The whole project functions as a kind of creative hub, blending the skills…
RELATED ARTICLES