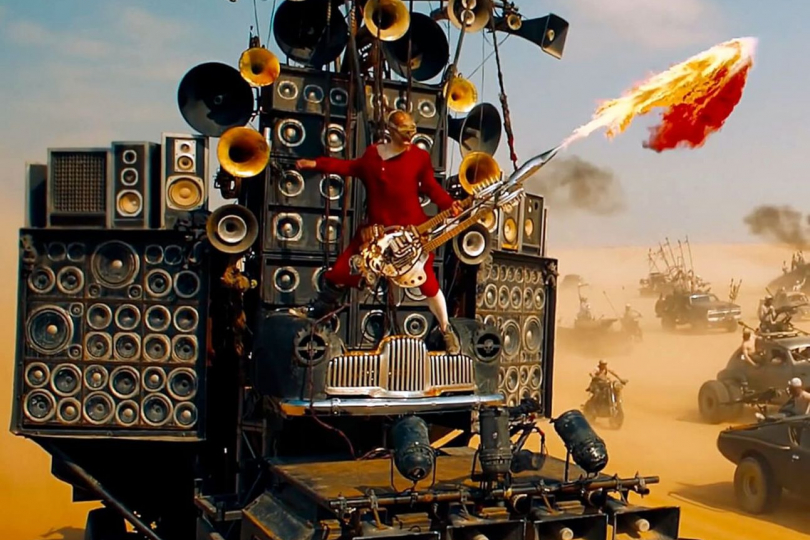 The monstrous Doof Wagon truck is one of the most impressive machines used in Fury Road, the fourth installment of the Mad Max sci-fi film series, in which director and screenwriter George Miller cast Hollywood stars Tom Hardy and Charlize Theron. One of the iconic supporting characters was played by Australian actor and musician Sean Hape, who operated a fully functional, fire-spitting, two-necked guitar aboard the Doof Wagon.

In addition, the former MAN 8x8 rocket carrier is equipped with roof lighting, megaphones, French horns, trumpets, a tuba, and above all a large PA system with several monitors and a set of loudspeakers set into massive tubes, resembling air ducts. In addition, there are four large drums at the back, complete with seats for the "players". The Doof Wagon, along with other steampunk specimens from Fury Road, appeared in a Lloyds auction in Australia some time ago. Apart from the financial aspect, the buyers also had to meet the condition that the vehicles modified for the film would remain on display.