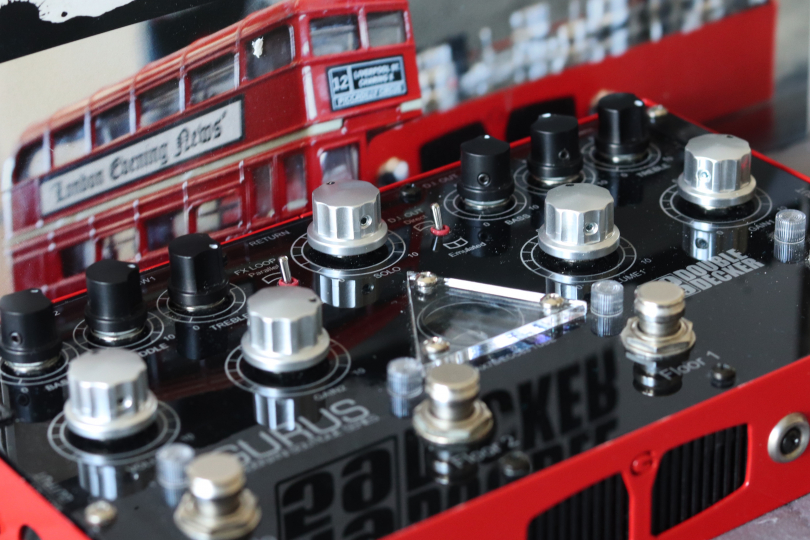 In my long search for the perfect sound, I have come across some interesting pieces that definitely deserve your attention. One of them is a tube two-channel boutique preamp in a stylish Italian design: the Gurus DoubleDecker 1959. And it is with this gem that we will kick off this new series of articles.

The year in the title suggests that the iconic Marshall Plexi sound is back in play. We will be referring to the acronym MIAB (Marshall in a Box) often in this series of articles. It is, in its own way, an almost perfectly versatile yet style-forming sound that covers a wide range from gentle blues to furious riffing in different variations. It has EQ set in natural frequencies and sounds on so many seminal recordings that it has become a rock sound standard. That's also why it's very often the target of stompbox designers who repeatedly offer guitarists this canon in a modern miniaturized package.

This is also the case with this "double-decker bus". From the first glance at the glossy black subtly backlit panel, from the first grasp of the specially shaped and smooth-running potentiometers, from the first step on the switch with the soothing impression of the muffled click of a closed luxury car door, all your senses prove that this is in the Champions League. Let alone when I started this DoubleDecker's engine and climbed to the second floor! Floor 2 is in fact the best distorted sound I have ever heard from a floor effect!

I don't know if it's thanks to the high voltage–powered tube, but it simply feels like you're playing a full-blooded Marshall full stack . . . while standing with headphones in your bedroom. And, as we all know, the feeling is what it's all about. Ample bass margin (which is usually a limitation in effect pedals), great dynamics, rich distortion, well-placed equalization, excellent response to playing style, inspiring green backlighting of the highly visible tube, all contribute to your feel-good factor. It's one of the few effects of this type that works well on its own, i.e. without a clean amp/preamp channel directly into the IR loader/computer (although it could stand a little extra brilliance, it's just that most competitors are unusably muffled in this specific case). Without exaggeration, literally an amp in a box. Tons of other goodies like solo boost, tube serial/parallel loop, remote switching, DI speaker output. So, what we have before us is the epitome of perfection?

As it goes in real life—yes and no. There are quite a few blemishes to be found on the Italian beauty. I found Floor 1 a bit weird (although, boosted by an external Klon, it was OK too), the bypass (sometimes described as a clean channel) is rather pitiful, the speaker simulator is a bit ridiculous compared to the IR (impulse response), the corrections have rather small scope, the intelligent switching was more of a distraction than a help, the stompbox is rather bulky for today's requirements, which is compounded by the inconveniently placed jacks on the sides, and all the other gadgets mentioned above seemed actually unnecessary to me. And when I unpacked the box with its impressive print, waiting for me inside was an effect pedal fixed with blocks of ugly polystyrene, which is almost unworthy at this level. All that being said, as soon as you press Floor 2, it's all forgotten, to the point that I actually seriously flirted with the idea of getting one as the basis of my mobile "ampboard". Additional characteristically in-depth analysis of all the details is presented by youtuber EytschPi42.

But as if on cue, life itself stepped in again. Any day now, we can expect the upgraded Doubledecker MKII. Gurus Amps seems to listen carefully to feedback from their customers, such as Phil Campbell (Motörhead), Phil X (Bon Jovi), or Ace (Skunk Anansie), which is confirmed by their immediate reaction to my Instagram post. In fact, the new version is be dramatically smaller, with only two channels and no additional serrations, and hopefully a significantly lower price. As soon as I have the opportunity, I will definitely try it out. 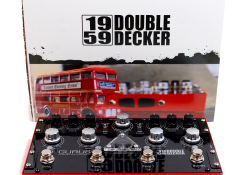 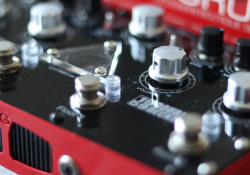 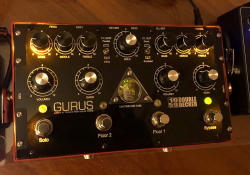 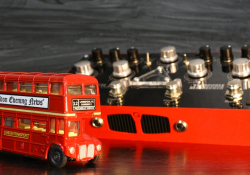 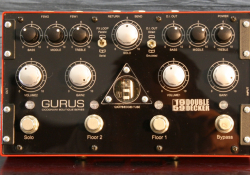 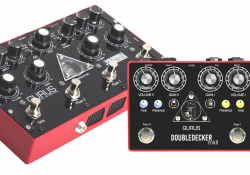