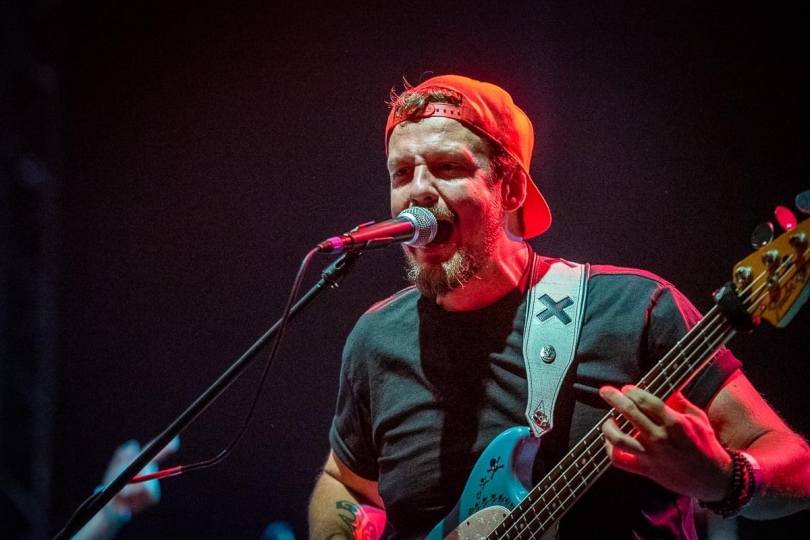 Music—for most of us who have chosen it as our life's calling, it's both a passion and hard work. . . . It has to be, because if you "choose" a career as a professional musician with the idea that you are guaranteed success and financial stability, you have probably chosen the wrong profession. Sure, there are some shining examples of musicians and people in the industry that have done very well for themselves in way of success and financial security, but they are outnumbered by examples of those that have tried and failed.

Let’s make one thing clear: to succeed you need luck, as much luck as you can attract—but mainly you need HARD WORK and perseverance. The romantic idea of pursuing the “sex and drugs and rock n roll” lifestyle is a dream that was sold as part of an image. And let’s face it, many pay with their health or even their life trying to achieve or maintain it. 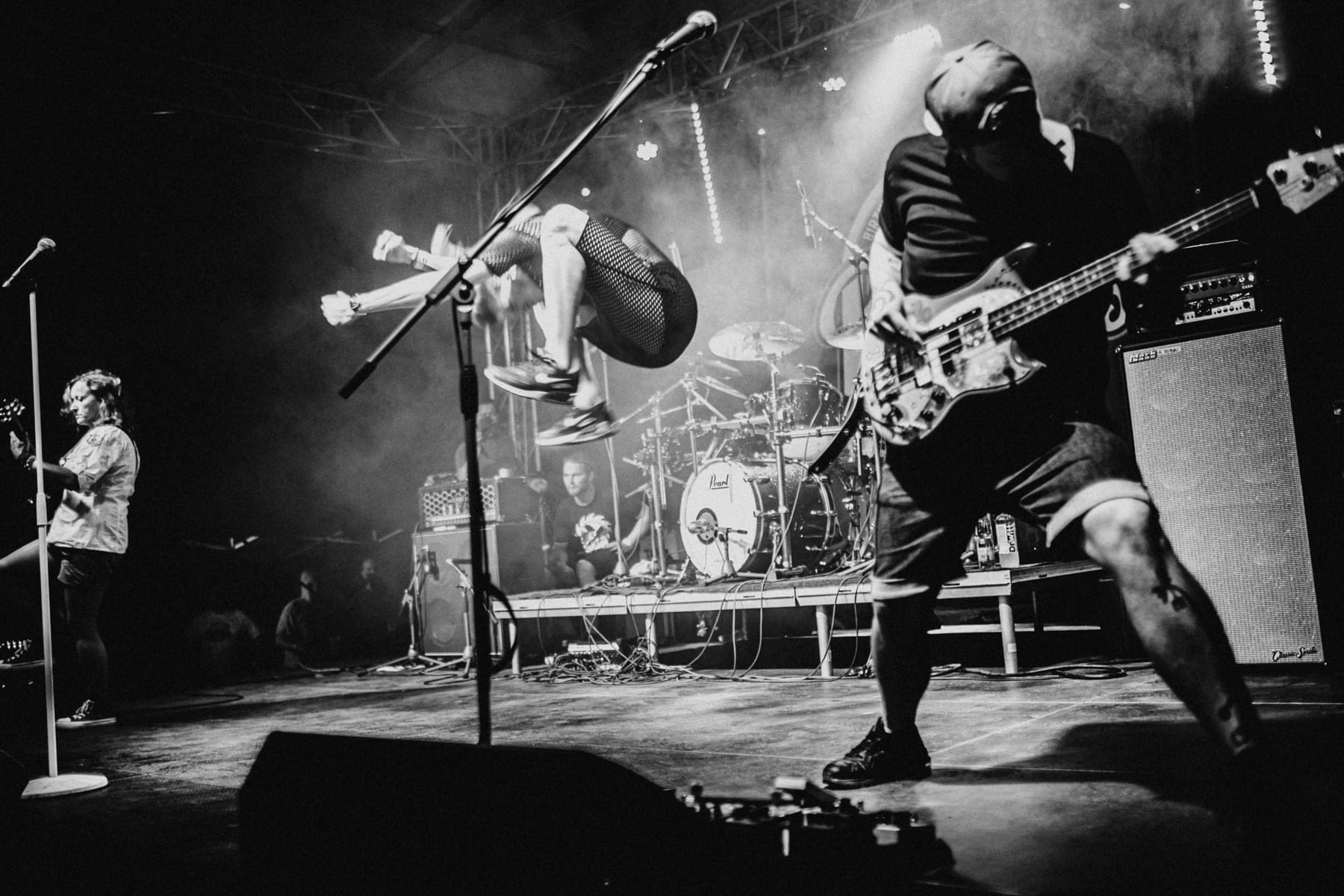 True gold cannot be manufactured—but it can be found

The reason I relate the pursuit of a professional musician playing "originals" to that of a gold miner in the Wild West of America is that there is no real path to success. Success exists, just like gold, but if everyone knew where to find it, if it were really that easy, then it would not be so valuable.

Just like exploring for gold, music takes commitment, hard work, knowledge, perseverance, and some luck. And even though you may have all of these things and spend years searching, even move to a different part of the world for it, and yet you might still never find that pot of gold.

But the true gold is natural and wild and can not be manufactured. It is out there for all to find. Some people work hard and find nothing while others stumble across it by accident and become “rich.”

This is why I have a moral issue with the “industry created” competitions like Idol and The Voice. I don't want to diminish the fact that most of the participants in these competitions, mostly singers, work hard. But my objection is that these competitions take an art, turn it into a craft, and then turn it into an image. It takes the validity out of years of hard work “on the road” an essentially sells the idea of being a over night success. That just anyone can just appear out of nowhere and “find a massive nugget.” But that's not really the case. It's an alternate reality that only a few people benefit from, and it's harmful to the music industry and to its life blood: musicians playing their own repertoire. After all, someone needs to write those songs that those folks are singing in the competitions, right? I just feel like it makes a mockery of the process of becoming a truly great musician. . . . This scenario only creates truly great synthetic products. Sometimes not even all that great. But anyway, let’s not get lost in that. 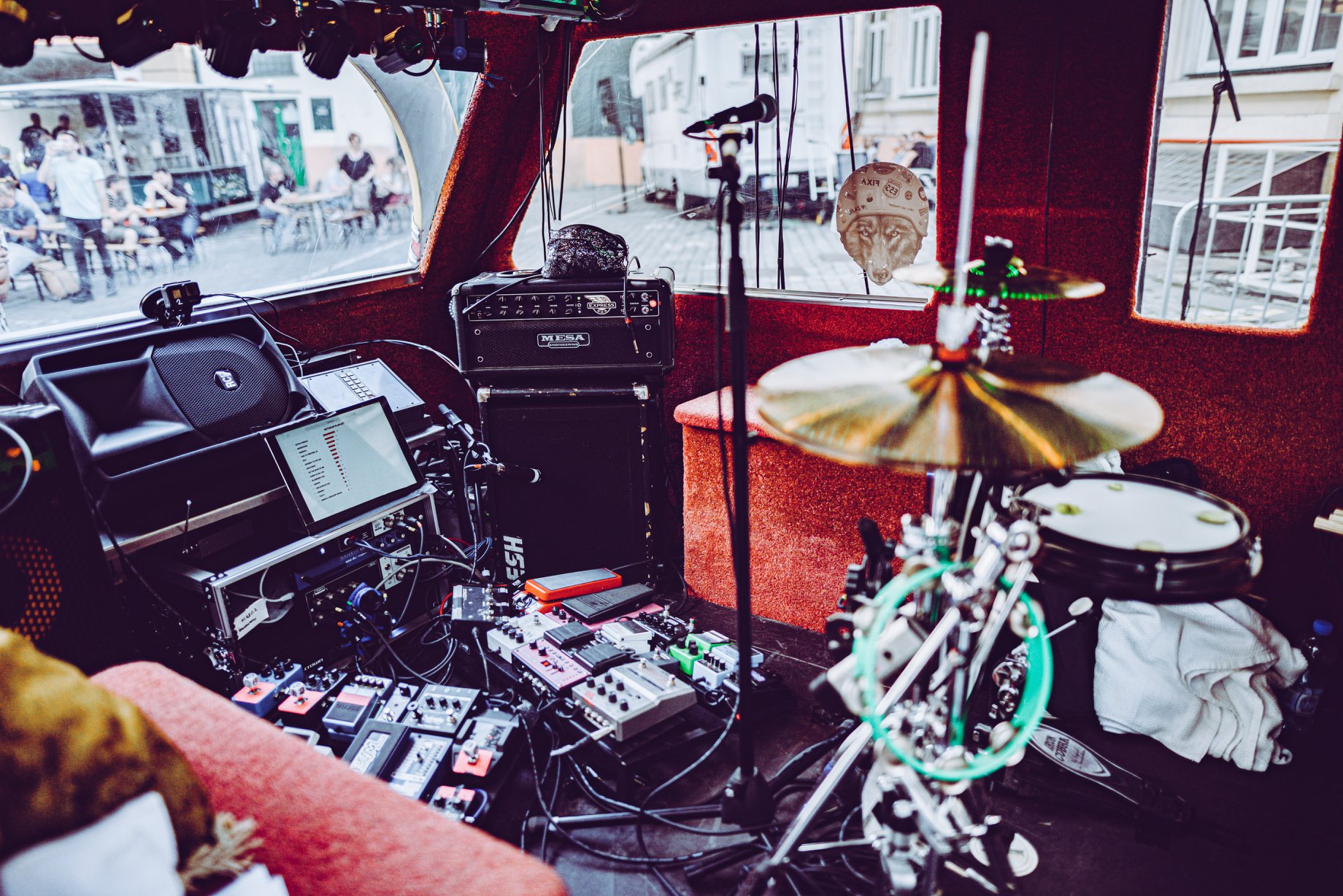 People always look at you differently when you say you are a musician. If you are “successful,” you get put on a pedestal; if you are not, then unfortunately people often look down on you. It’s very similar in all of the arts. One thought is often neglected or overlooked: just how boring life would be without music and books and films, and how most people in this industry work very hard their whole career without ever really achieving any great success.

Success is also very relative and is different for every person. One person's Wembley Stadium is another person's street corner busking gig. I am happy we live in a world where, even though the chance of ever achieve a “great success” is extremely small, people still try—they create, play, paint, draw, and they do it out of love and for the sake of creativity and life.

My journey started out as a young boy who was fascinated by many things creative but mostly by music. How it made me feel. How I saw it affect others. If a baby is upset, we rock it gently and sing it a song. It’s a very primal emotion and expression.
I knew I wanted to be in and around music. I do romanticize  fame and fortune or a crazy and outlandish life style, but my main motivation was always just feeling it. Being in it. Making it. In the right hands, it is like true alchemy. It’s magic.

Community—that's where the magic of music really happens

Personally, I was lucky enough to grow up in an artistic community in a part of Australia called the Blue Mountains. Many of my friends were musicians and artists. From a young age, we played whenever we could. In someone’s house, in the park, gigging at local halls, sneaking into pubs underage to play jam nights. . . . Lugging our amps and guitars or keyboards or whatever on the train, then walking 10 kilometers to someone’s house, just to play for a few hours. Upon arrival, there would be musicians of different styles, ages, and abilities. And then we'd take our musical adventures and lug all our shit back to the train or bus station and go home. If we were lucky, someone managed to borrow a car and drive us. These adventures made us evaluate our motivation to play. They created an understanding far deeper and greater than merely chasing an idol or a dream. It taught us to play, to listen, when to be the Centre of Attention, when not to be, how to work as a team, how to speak a language, what the rules are, how to break the rules and, most importantly, when to be quiet.

It was a true community and I always understood that the community is where music's value mostly comes from. The chemistry with the people you play with and play for. That’s where the language has true value and the magic really happens. 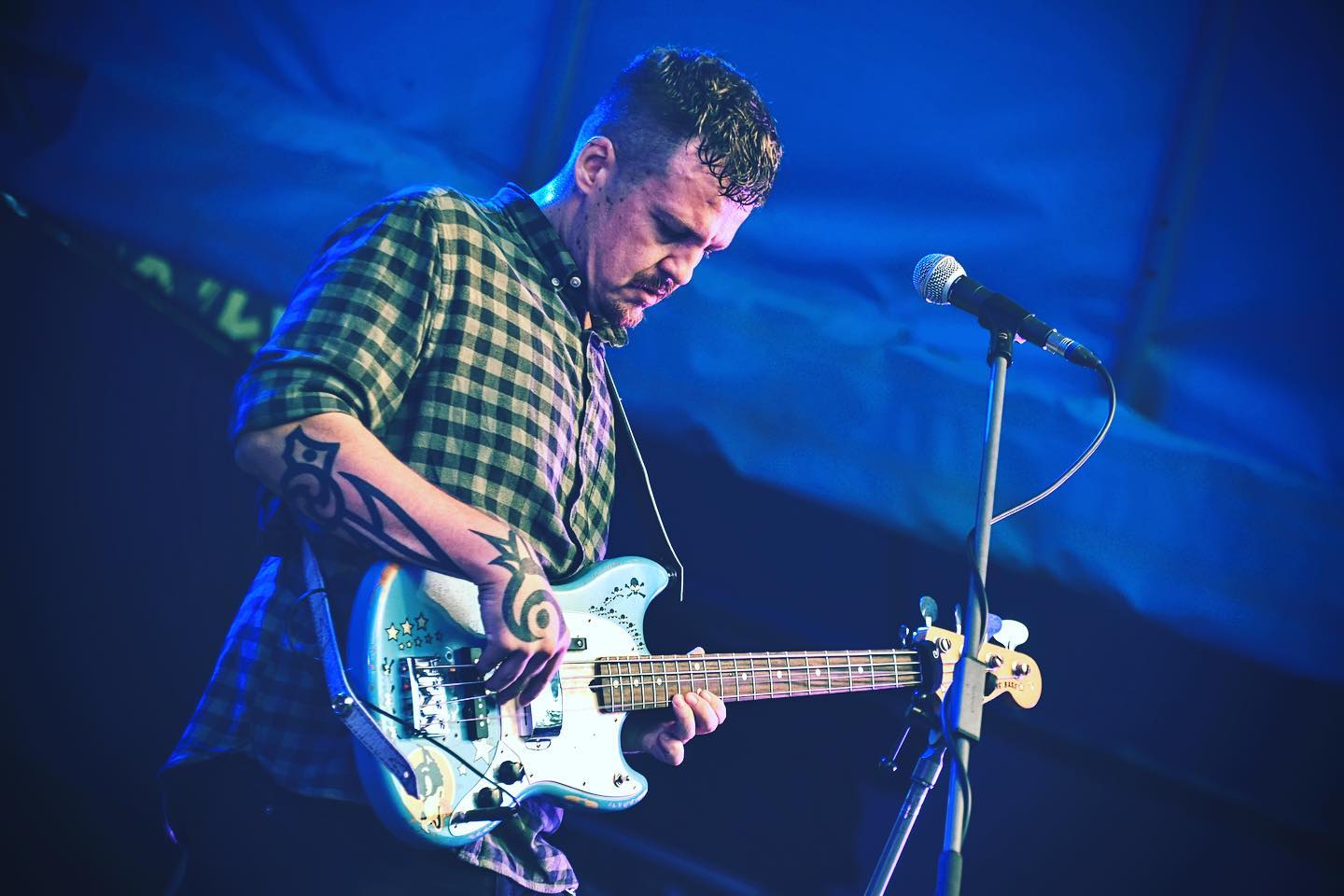 I became a bass player by accident. I always loved playing guitar and really wanted to play drums, but most of my friends were guitarists or drummers so, being a late starter, I opted for bass. Never looked back. But it doesn’t matter what you play, it's important to respect that every instrument has its place in the band.

As a musician I have had the good luck and grace to have shared the stage with some of the great musical icons of our time. I have also had the pleasure to play with some amazing people that no one has ever heard of, that should have been icons. I have played to the birds and trees in the forest, in the corner of a pub, on a mountain top, in the snow, on a moving car, in a bunker, in a caravan, but I have also played stadiums in front of 25,000 people—and I loved every single one of those shows.

There comes a time in every journey when we start questioning and re-evaluating. I have done that so many times. There was even a time I did not touch an instrument for many years. But music never left me. It’s a very powerful language. 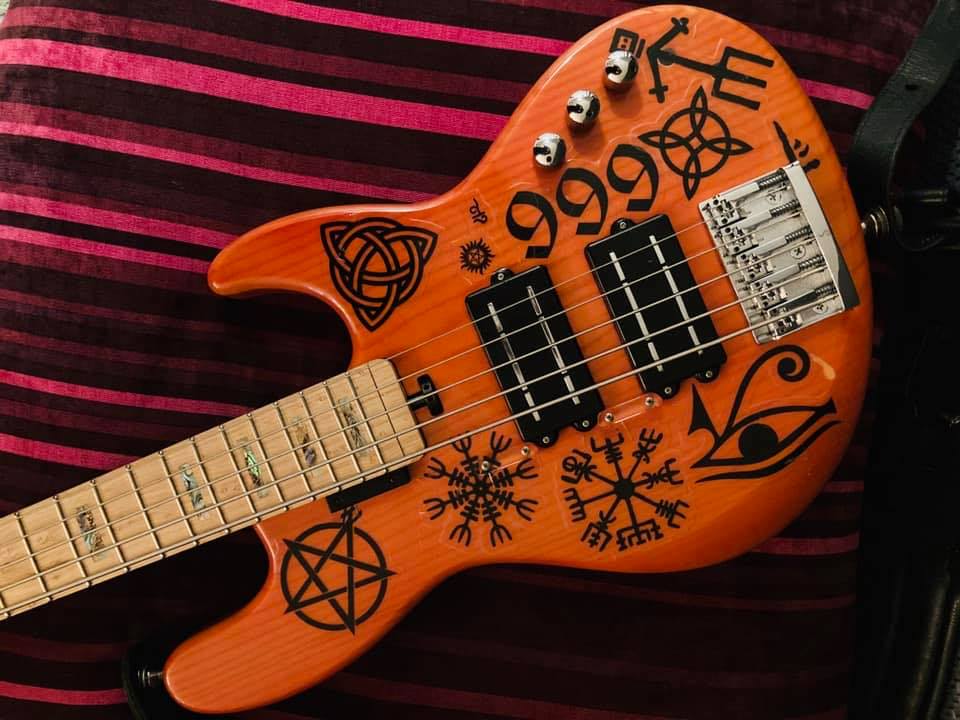 Some never found a single gold nugget—but found themselves instead

My whole point here is that art in general is a powerful language that is primal, emotional, and very important in our lives and culture. The life of a professional artist is for the most part a labour of love, and if you are lucky enough to make a living (or more than that) then you are doing well—and you are in the minority.

Superstar and Idol are not the reality. Reality is working two jobs and rehearsing two nights a week while finding time to practice and constantly trying to find places to play on the weekend and being lucky if you get paid for it.

Many people find the idea of being a musician attractive. But that’s often times when they see the image of a successful musician. Just like the people that flooded to America in the Wild West days to find their fortune in gold. Many of those people never found it. Some gave up after a few months, some after a few years, but I guess that those who found something truly  valuable found it in their journey and not in the outcome. Some became rich and were empty and unfulfilled. Some never found a single nugget but found themselves. If you are in the arts to make a material fortune then maybe there are better things for you to focus that energy on. However, if you want to find yourself and a deep connection with others, become part of a global community, then this is the right journey. Whatever level you are at.

I see music and art as the glue of society and my hat goes off to everyone who uses this wonderful language to create and shares it with others. 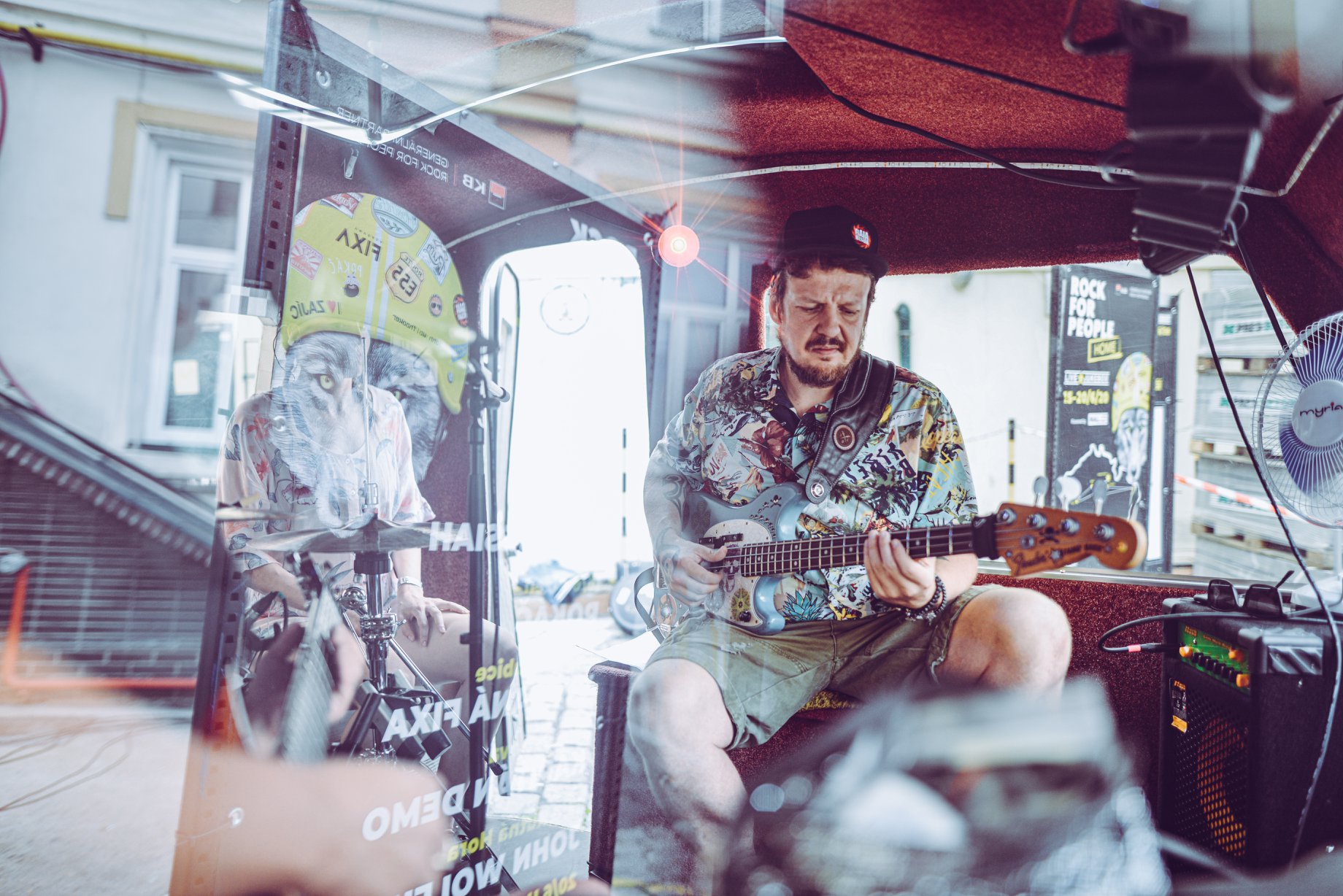 The gold? It's all around us

If you have something to say in any form that is of true value, then it will be heard. No matter who, what, or where you are. And as always: be true, be ready, and be careful what you wish for—because through the looking glass, reality is always different from the dream.

Bass guitar player in the band Gaia Mesiah. I have been playing music professionally as a bassist and promoter since 1995, when, at the age of 16 and in high school, I started playing and organizing concerts. In 1999 I moved fr…
RELATED ARTICLES

Everyone’s Got a Monday
most read news