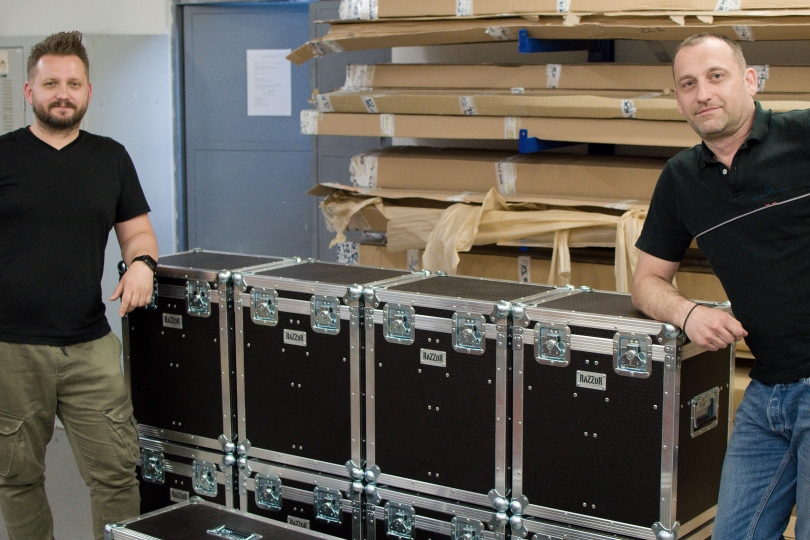 "Quality is a matter of course, otherwise your customers will not come back to you. But we also pride ourselves on speed. There are usually around six days between the order and the handover of the finished case to the customer," say Tomáš Novák (on the right) and Luděk Špilauer about Razzor Cases. | Photo: Kytary.cz
Honza Hrbek - Tue, June 21, 2022 - 08:00

Razzor Cases: We Can Make a Double Bass Case as Well as a Dog Kennel

At the Kytary.cz premises in Modřany, there is an inconspicuous hall. Hidden behind the warehouse of the music e-shop in a row of similar buildings, it looks just like a storage room for transport pallets. It is only when you walk through the front door that you realise there is something different about this hall. Instead of dusty stacks, there is another enclosed construction with a metal door inside. Behind it, the sound of production machines is clearly audible. We are standing in front of the door of the workshops where the Czech Razzor Cases are made.

"The project Razzor Cases started at the end of 2018. One of the Kytary.cz employees came to us with the idea of making a case, so we took it up. And since we always wanted to produce something here, we jumped right into it," says Tomáš Novák, Kytary.cz's technical director and the head of Razzor Cases. "We knew that it wasn't a 'one-off' that we would carve with a saw here. Of course, we didn't have the necessary equipment at the beginning, so we used the facility in the neighbouring area," he explains.

Razzor Cases for musicians and technicians

Luděk Špilauer, head of production at Razzor Cases, adds that the focus has gradually expanded: " Transport cases are divided into musicians' cases, i.e. for amps, instruments and so on, and sound cases for rental companies (companies renting sound equipment for festivals, tours and so on) and for lighting equipment. In the beginning we only made cases for musicians, now we make both," he says.

Tomáš adds that without Luděk's contribution, this growth would not have been nearly as easy. Luděk joined the company at the end of 2020 when covid's concert misery took away his opportunity to continue his work as a sound engineer, a job he had been doing for about fifteen years. "Luděk is not only a sound engineer, he also used to build his own cases. Thanks to that, he knows exactly how things have to work," explains Tomáš and Luděk agrees. Everything must be well protected and ergonomic. And a person who doesn't work in the field can't know everything." 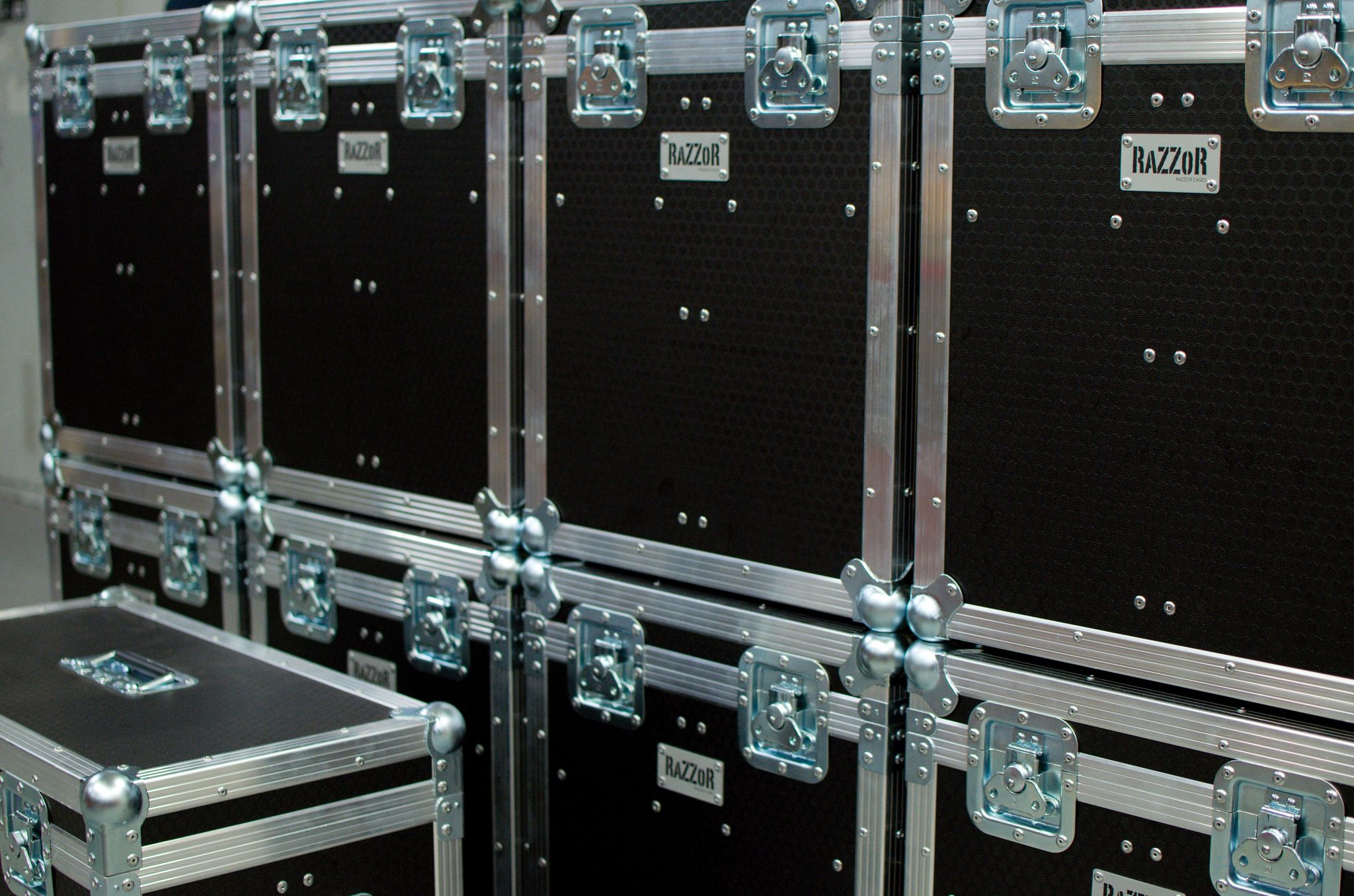 In the first year of production, Razzor Cases produced about ten cases per month. Three years later, we are talking about roughly ten times that number. Approximately 40% of the production goes abroad. "It was essential to spread brand awareness. It took time for people to get used to the fact that you can buy cases at Kytary.cz. We were also slowed down by covid because there was no music," Luděk admits.

"But covid partially helped us too," Tomáš immediately counters, "I caught it when Luděk was just starting out. The situation where each of us knew about one part of the process and couldn't efficiently hand over the work forced us to create a process that would follow the case all the way from taking the enquiry to handing over the finished piece. That is helping us immensely with larger quantities of orders," he says, pointing to a screen in one of the three areas of production that is lit up with multi-coloured order codes, descriptions, dates and other data. Clicking on an order gives the employee access to drawings, part dimensions and other details. Therefore, there is minimal space for "communication noise," according to Luděk. 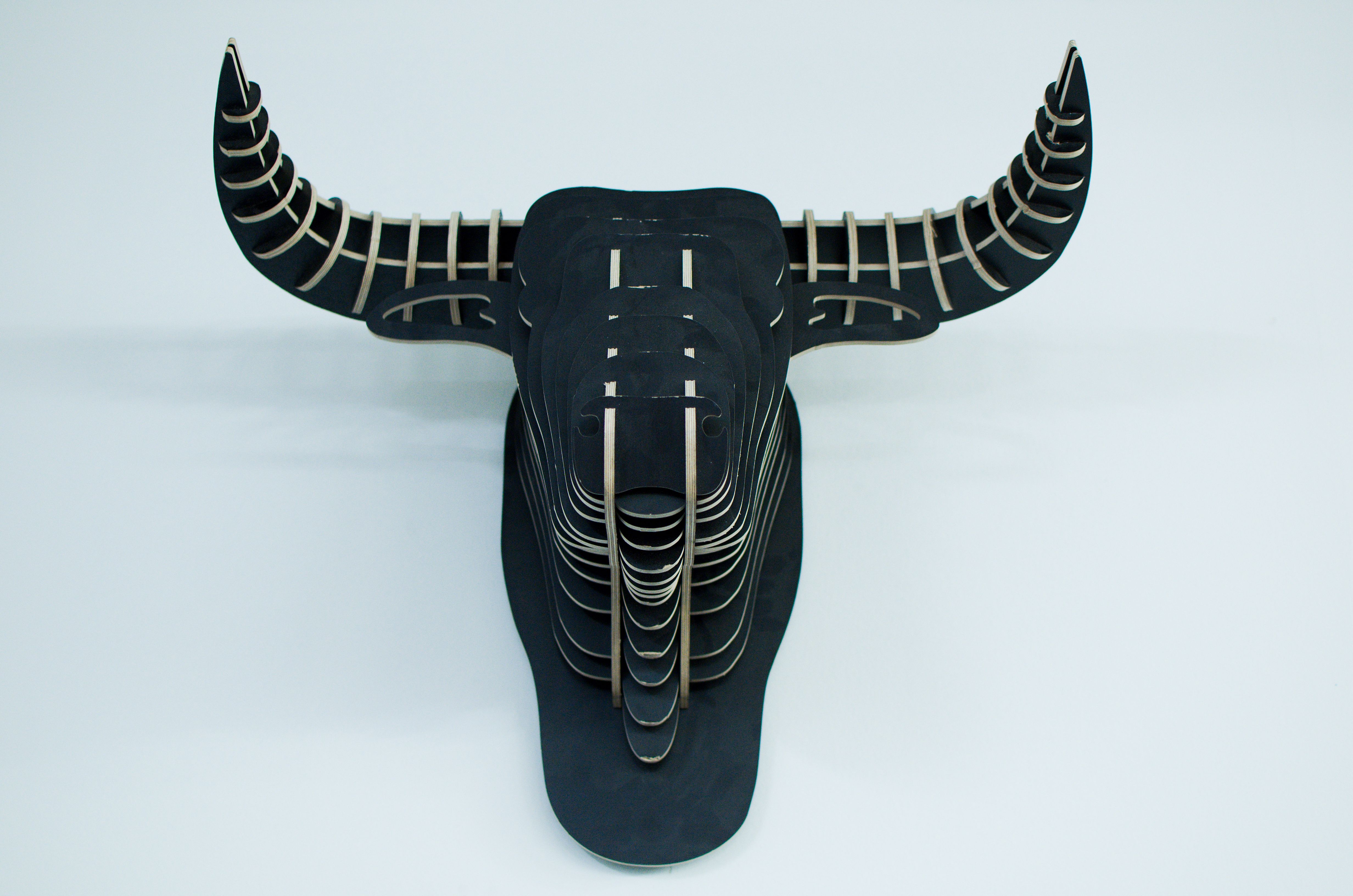 Quality and speed of delivery in the first place

In the furthest part of the hall, there is a material warehouse. In the room are stacked boards of birch plywood, plastic sheets for lighter cases, aluminium joints and foam material from which profiles are cut for the inside of the case. In neighbouring rooms, there is sorted hardware.

"Quality is a matter of course, otherwise your customers will not come back to you. But we also pride ourselves on speed. There are usually around six days between the order and the handover of the finished case to the customer. This would not be possible if we did not stock up regularly," says Luděk and explains that he tries to have all the necessary material for about one hundred and fifty transport cases in stock.

The vast majority of cases are custom-made. The whole process is sped up by the fact that if there is any doubt, the staff can go to the Kytary.cz shop to borrow the relevant amp or mixing console and check the data.

"The great advantage is that once we make a case, we have the dimensions in the database," says Tomáš. "And sometimes we come back to them more often than we would expect," adds Luděk. "For the band Olympic, we built a case for organ pedals. We told ourselves we'd probably never do that again. But since nobody makes cases for this equipment, two or three more customers who discovered it on our website ordered them right away," he laughs.

Is there any way to determine who just needs to carefully load the amp into the van and who should get a transport case? "Sound equipment companies couldn't do without them. Bigger bands rely on them too. We've done cases for the bands Arakain, Olympic and even Tři Sestry, for whom we've added logos onto them... Then it's a lot about the space in the van and safety and comfort," explains Luděk. "Sometimes the case ends up being more expensive than the equipment that is carried in it. For example, I had a case for a fog fan. It's an ordinary fan for a couple of euros, but when I went to buy about a fourth one, I couldn't resist and built a case for it!"

"We also produce dog kennels and at the same time, we made four double bass cases for the German Philharmonic Orchestra. These were big pieces, cases 220-230 cm long! We had to invent a frame and reinforcements inside so that it wouldn't twist, it would survive everything and, most importantly, so that the instruments inside would survive," adds Tomáš.

I have always loved music. And live instruments.
RELATED ARTICLES

Filip Černý: Don’t Forget About Things That You Enjoy
most read news