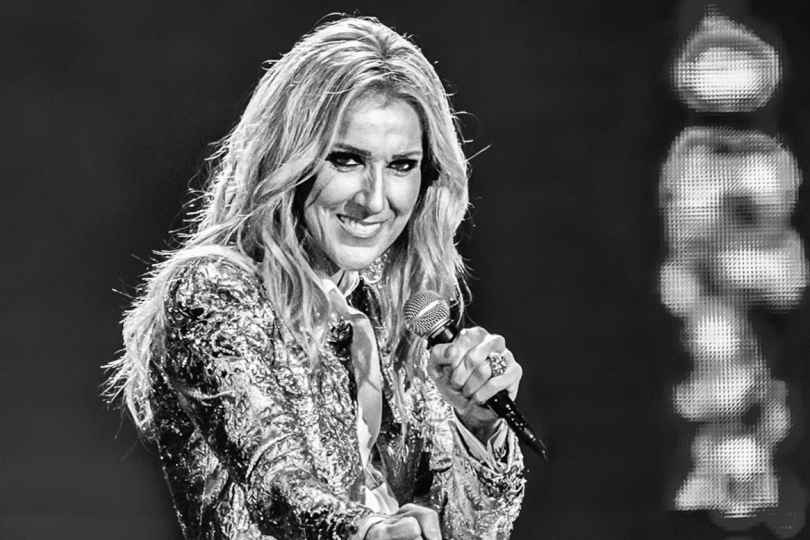 Celine Dion still performs "All by Myself" live, and owing to her incredible voice and technique, it's become one of the songs that exemplifies her performances | Photo: Rappler/iRocktography (Creative Commons)
Kieren Alexander - Thu, September 15, 2022 - 08:00

Whether it's the most famous version by Celine Dion, the original from the 70s by Eric Carmen or one of the notable covers out there (honourable mention to Karel Gott)—love it or hate it, you can't deny that it is one of the most well-known pop songs of the last decades. Today, we're going to talk about this huge hit, about how it came about, and ask: just why is it so popular?

"All by Myself" is one of those songs that stick out from the rest because it just has everything. From the moody verse that swells with strings, that descending piano line that leads into the glorious chorus and that key change—I get chills just thinking about that key change. Of course, one of the things that makes this song unique and stand out is that a large part of it is copied from a famous classical concerto—maybe you know which one, maybe not—but we'll get to that in a second.

Celine Dion made this song a hit in 1996, releasing it as one of the many successful singles from her album Falling into You, which won multiple awards. This is the version everyone knows, which she still performs live, and owing to her incredible voice and technique, it's become one of the songs that exemplifies her performances.

However, the song had already been a hit back when musician Eric Carmen wrote and recorded "All by Myself" in 1975, and if you haven't heard his version, it's definitely worth giving a listen to. Besides the fact that Dion's version is a pretty faithful cover, so it's very familiar to our ears, Carmen's original has that indistinguishable 1970s charm. The album version is a whopping 7 minutes long, contains a glorious guitar solo and a non-stop 2-minute piano and string instrumental, which is pretty bold.

Famously, Eric based the verse and instrumental of the song on the 2nd movement of Rachmaninov's Piano Concerto no. 2 (which had already been made famous in the 1945 movie Brief Encounter). The similarity is very clear, the melody of the verse is almost note to note borrowed from the clarinet solo, while the piano part more or less follows the same chord progression. And that iconic descending piano line is pretty much directly borrowed (no wonder it's so good, huh?).

Apparently, Eric thought that Rachmaninov was in the public domain, and it was in the States, but outside of the U.S. the estate finally caught up with him, so he had to settle on giving the deceased composer a 12% cut from his royalties. That didn't stop him though, as he used elements of Rachmaninov in some of his other hits like "Never Gonna Fall in Love Again" and even a little Chopin in "Last Night".

Only a couple of years after Carmen's version, in 1977, Karel Gott covered the song with a text by Zdeněk Borovec named "Kam tenkrát šel můj bratr Jan" ("Where did my brother Jan go"). This was the year that the famous Charter 77 was released, but if you don't need a history lesson, you can skip this bit.

This was a document that criticised the communist government of Czechoslovakia for not upholding the rights of its citizens. Containing a couple hundred signatures, it was quickly banned and a number of its architects were imprisoned. However, the document leaked to Western Europe and was subsequently published, which created a stirring throughout the world, as it watched how the government persecuted its signatories and founder members, including the future president Vaclav Havel. Karel Gott, who was already an extremely popular singer and personality, signed the Anticharter, a reaction to the Charter by the communist party which called upon people to condemn it and prevent it from happening again—he wasn't alone, over 7000 artists put their names on the Anticharter.

However, in that same year, Karel Gott released "Kam tenkrát šel" whose lyrics seemed to be a direct reference to Jan Palach, who was a figure of protest and one of the martyrs in the fight against Soviet occupation. After the revolution in 1989, Gott claimed that the lyrics were indeed intentionally about Jan Palach, but that he couldn't say it at the time. The Czech version of the song has become a sort of anthem of those dark days. Besides, it is an incredibly faithful adaption of the original, the full 7-minute version even containing the original guitar solo almost note for note.

So what makes this song so good? Aside from being enhanced by Rachmaninov's fame and musical genius, I would argue that it has a quality that is essential for a memorable song—a great chorus AND a great verse. How many songs do you listen to and you can't for the life of you pick what it is until the chorus kicks in and you think "ah yeah, this one, how did I not recognise it?" Because in a whole heap of the greatest hits, the verse is completely unremarkable.

In "All by Myself", the moment the piano starts, you know what you're listening to because it's got that haunting 19th-century melody (thank you, Sergei) and the chord progression takes us on a musical journey worthy of his name. And then, when the chorus kicks in, it just has that irresistible quality that all good choruses should have, you know, the kind that means you just can't not sing along—not to mention, who can resist a song about tragic loneliness?

Not only that, however, I think we should acknowledge why the Celine Dion version is the one that everyone knows, aside from her towering fame, of course. There is a great video by Adam Neely where he breaks down why he thinks the song contains "the most elegant key change in all of pop music"—for the music nerds out there, do yourself a favour and watch the whole thing.

At the most climatic moment in the song—after we've had the classical-esque breakdown, the quietly emotional reprise of the chorus—Celine sings three notes, landing on a high tone with pure and utter power and feeling. And at that moment, the drums kick in and the whole song changes key—THAT moment, that glorious key change, that song-defining peak is what people keep coming back to listen to (at least according to YouTube's most replayed stats). I think a song can often be boiled down to its most climatic moment and this is one of the most memorable musical climaxes in popular music.

So what do you think, is it one of the greatest hits of pop music, or a catchy kitschy choral that we've all heard too many times already?

Leave us your opinion in the comments!