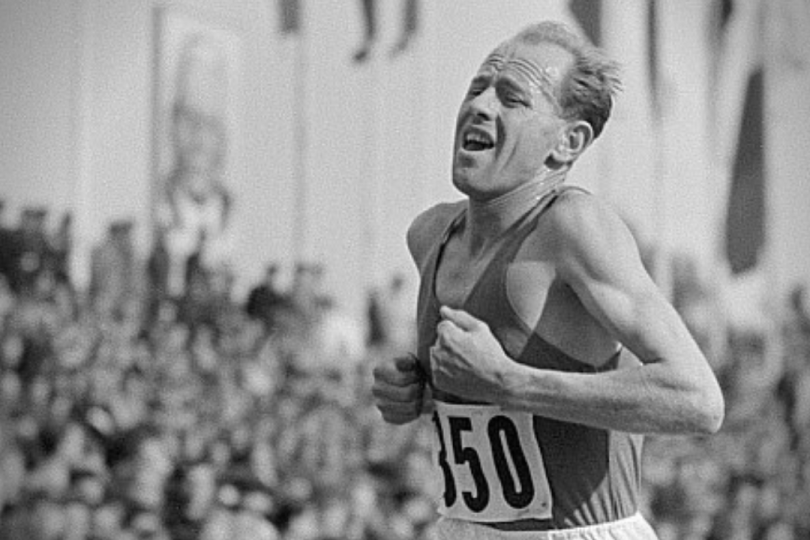 Did you know that the well-known athlete Emil Zátopek would celebrate his 100th birthday in a few days? Apart from being a phenomenal runner with a distinctive style and self-presentation (which didn’t appeal to everyone, but certainly did not leave anyone cold), he was a sort of folk philosopher. His five famous quotes can inspire us musicians too—at least we can give it a try and see where it takes us.

1. "Great is the victory, but the friendship of all is greater. "

Imagine a situation at a rehearsal or concert. Everyone is fighting for their place in the spotlight or the sound mix. If you don't find common ground and tame your desire to "turn the volume right," you'll ruin not only your eardrums but more importantly, the overall sound of the band. Everything will be too loud for the listener to decipher a sing-along chorus, the bass competing with the bass-drum pedal will launch a frontal assault and the brutal onset of the solo guitarist's gain will guarantee tinnitus in the first few seconds. Friendship in a band means that you prioritise the whole, the feel of each song and balanced sound over your own victory.

Or as a modern musical paraphrase: "If you want instant fame, make short videos. If you want to experience something, make an album." I don't mean to sound like a boomer or call for the good old days, not at all. Music isn't supposed to have rules or be subject to any regulations or judgments about what's right, authentic or high-quality. That's the job of music critics and snobs.

I am referring to the musical journey, the search for in-between spaces in reality and for nourishing food for our souls. The format of the album gives you a lot of space and forces you to keep a concept. You have to find your sound, your theme and something that just holds the half-hour to an hour of material together. To make an original album, you have to experience something as well. Otherwise, you can always learn a popular riff, solo or melody and post it on Insta. I'm not saying that one is better than the other, it's just a different path and more importantly a different experience.

3. "I was not talented enough to run and smile at the same time."

So what? Some people aren't meant to look great on stage or in a video. Some people drool while playing, some people throw vicious faces, some people sway weirdly and some people look like they're about to collapse. If your style that isn't popular, people criticise you for it or point it out with a smile, try following Zátopek's lead. Admit your weirdness, but be a winner at the same time. No one will blame you for looking weird if you touch their heart in the process. Shift the focus to your music and not your weirdness. You'll then be able to do whatever you like while you play.

4."It's at the borders of pain and suffering that the men are separated from the boys."

This is a classic (not just for men), the Lion King's theme of rejecting responsibility and delaying adulthood. For a musician, this usually manifests itself in romantic notions of "the muse," "it will happen," or my favourite, "play from the heart." These commonly shared and vague truths can hold you back in your musical development.

Yes, the heart and emotions are very important in music, but for over two hundred years, there has been a wealth of wisdom and, above all, the practical knowledge of musical geniuses who knew very well how to make even a rock cry with chords or melody. Remember, every song you publish immediately competes with the best of music history. Do you really think you write better songs than Paul McCartney or have better production than Billie Eilish? The threshold of pain and suffering for any musician comes the moment they realise where their dreams are and where reality is.

A lot of musicians have been in this situation. First, complete rejection and ridicule, only to have people declare the same artist a genius. Be a fool, be like Emil and don't be discouraged by the scoffers who think you're naive and crazy for even believing your song can be a hit.

Make 100 songs and 100 albums and maybe the 101st will catch on. Success has miraculous powers. Whoever experiences it in music suddenly realises what a genius he was all along. However, the only real measure of success is your inner feeling. You know best what you've done well and who the real genius is.

Do you also have a non-musical " guide," whose inspiring thoughts accompany you on your musical journey? Let us know in the comments!