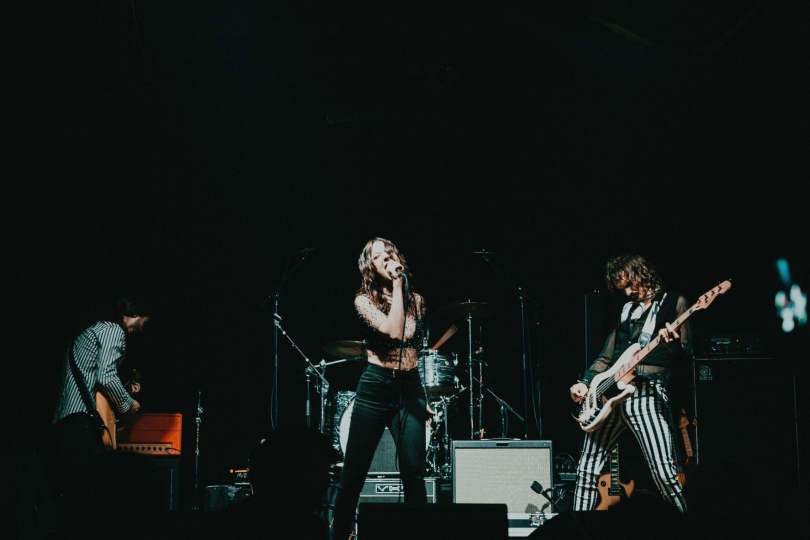 The band bio will accompany you on all media platforms, so beware of seemingly "funny" remarks. They may stay with you forever. | Photo: Parker Coffman (Unsplash)
mbx - Fri, October 07, 2022 - 08:00

Today's aspiring musicians may have total creative freedom and the possibility of instant worldwide distribution, but on the other hand, they have to do a lot of administrative and "boring" logistical tasks to get on the stage of their dream club or festival. It involves a lot of invisible office work, but there's no getting around it. The duty which is often overlooked or misinterpreted is the band biography. Let's take a look at the top 5 tips on how to write an attractive bio that can help you get in touch with music blogs, media or promoters. They will all need clear and, above all, interesting information about your band.

Even though it is getting better, there are quite a lot of bands that don't consider bio necessary—so they simply leave it out. However, if you're sending your record to a magazine or blog for a review, the journalist in question needs some context as to who you are and what you do. The same goes for communicating with the radio, promoters or record company people.

For a new band, it's important to communicate clearly who the members are and what their story is. For instance, the bio might decide which of two up-and-coming, similar-sounding bands gets a radio spot or a place at a prestigious festival—if one of the bands sends their biography, you will know their story in advance, while in the case of the band without a bio (and without a functional, regularly updated website or social media profiles) you will just guess who they are. Which one would you choose if you were a promoter or a radio DJ?

I recommend having the bio not only on the band's website but also on all social networks, in the same wording. People in the music industry are incredibly busy, so don't assume they will "google" you and compare different versions of your bio somewhere on the web.

It's easy to get caught up in banalities and irrelevant information such as "we like steak and cold beer." There's no need to share all the facts and details, including your bass player's shoe number. But at the same time, it's not in the band's interest to make up fantastic, unlikely stories either.

Concentrate on the holy trinity of the band bio: genre, place and story of origin. Put yourself in the shoes of a blogger, music journalist or A&R. How much time will they have to read it? Will they learn something interesting that they can use in a promo text about you? Will he or she want to listen to your band's song based on the bio?

Also, think about context and avoid clichés and trivialities. If you are a rock or metal band, you probably don't need to state that you like the sound of distorted guitars. It's far more interesting to say that you enjoy combining metal and dulcimer or that your drummer likes Justin Bieber. The rebel image of a band where the members met while studying history at the Faculty of Education will be equally absurd—and therefore interesting. Include information that will cause "raised eyebrows" and maybe even spark further conversation. Really? Tell me more about it!

3. Reviews of your own music prohibited

Some aspiring bands put an extra dose of creative potential into describing their music. Their bio is overflowing with adjectives and epic phrases describing "the crushing riffs of a six-string wizard combined with an uncompromisingly infernal low-frequency bass," "the thunderous drumming of Thor" or "emotive, charismatic vocals soaring like an eagle in the sky."

There is no need to sell your own music with a plethora of words and take on the role of a music reviewer. Describe your music in a few sentences and avoid boasting or pompous phrases. If someone in the music industry likes your music, it is because they play it and listen to it. Not because they read how great it is.

If you get too creative with your bio and give way to your artistic or fun side, you will lose rather than gain. Keep in mind that most music industry professionals (as well as your future listeners and fans) will read one, at most two opening lines—and focus on those. Try to describe everything essential in them and then reduce the entire bio to about 500 characters.

Yes, a rock band and a folk band will certainly use two different styles corresponding to the slang and spirit of the genre. However, there's no need to be unnecessarily "rocky-cool" or "pop-sweet" or otherwise extreme in your writing to emphasise the aesthetics of the style. A band bio is not an entertaining article, essay, poem, or fable. It's a functional text that describes the story of the band's formation and puts it in the context of the genre, place and cultural circle.

It's great that your band has many specific musical sources of inspiration. But there's no need to list the history of the alternative scene and all twenty-eight bands that your work is based on. Maybe it's not even necessary to mention the specific bands and artists that have inspired you. If you play funk, you might want to bring up James Brown or Prince, but that's already assumed anyway. But if you mention that you play funk because you see it as a musical interpretation of Vasily Kandinsky's colour spectrum, you might get a few people interested.

Even crazy combinations work, like "we play Oasis-style guitar songs with Rage Against the Machine's political commitment and The Prodigy's instrumentation." What?! That sounds like an insane musical collage that I would like to hear and definitely see live. Try to find the most appropriate associations from all different areas of culture for your band's style. Not necessarily just your direct musical role models, but anything from film, painting, photography, or any other field that fascinates and inspires you.