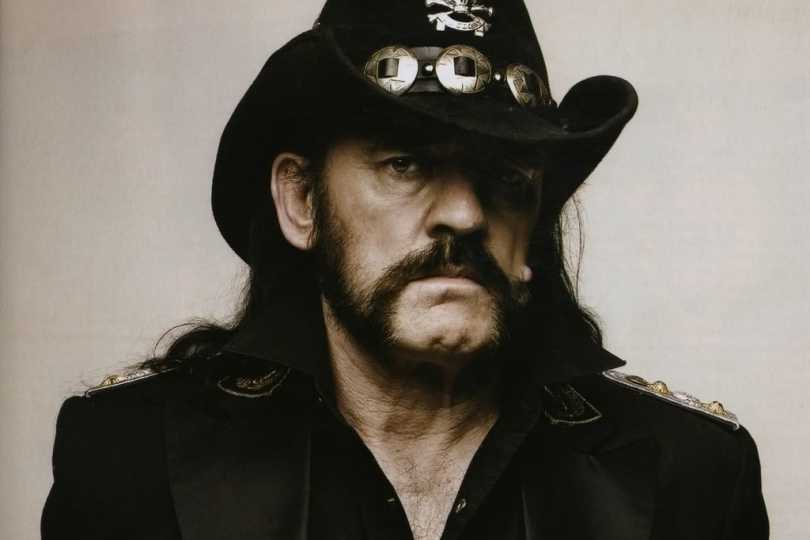 Motörhead's Lemmy Kilmister (24 December 1945 – 28 December 2015) was a legend. And one of the few people who could drink a bottle of Jack Daniels daily, smoke a pack of cigarettes, and still stand on stage at 68 years of age. How did he pull that off? Try to be inspired by his life wisdom in the following ten tips and quotes from Master Lemmy.

You wouldn’t say this, but many rockers and metalheads are contemplative characters, including Lemmy. "People don't read anymore. It's a sad reality. Because reading is one of the few activities that tap into your imagination. When you watch a movie, it's already someone else's vision, isn't it?"

"People obviously hate the truth, but I love it. I love it because it drives so many people crazy. Because after you refute their stupid arguments, maybe one day, one of them will say: Oh! Wait—that's wrong. I live for this moment. And sometimes it works, I assure you."

3. Get your friends and enemies in order

"So far in my whole life I have met only two kinds of people: those who liked me and those who hated me. Learn to distinguish between the two, because it's easy to confuse them sometimes."

4. Be tolerant, spiritual and educated

What? Lemmy couldn't have said that! Yes, he did. Here's his take on the world we live in today: "It appears that our brave new world is becoming less and less tolerant, spiritual and educated than it used to be in my younger days."

5. Listen to The Beatles rather than the Rolling Stones

"... The Beatles were badasses, too. Brian Epstein (their manager) made them out to be nice guys, but that was the opposite of their true nature. After all, they were from Liverpool, which is like Hamburg or Norfolk, Virginia—a tough port town with all those sailors around who will beat the shit out of you at the mere suspicion that you happened to be looking at them. Ringo's from Dingle, which is like the fucking Bronx. The Rolling Stones were mama's boys—all of them university students from the London suburbs. They enjoyed their tough times in London, but it was their choice, so it would give them an aura of rebelliousness. I liked the Stones, but they were no match for the Beatles—not in humor, not in originality, not in songs, not in presentation. All they had was Mick Jagger dancing around. The Stones did made some great records, but they always sucked on stage, whereas the Beatles excelled."

7. Regret nothing in life

"I have no regrets. Regrets are meaningless. It's always too late for them. You've already done it, haven't you? You've lived your life. There's no point in wishing it were otherwise."

8. Home is always with you

"Home is here (Lemmy points at his forehead). Where you live is just a geographical preference."

"This whole generation is a bunch of crybabies, you know? Nobody seems to be enjoying themselves enough. They just criticize others for doing well and having a good time."

"Death is inevitable, isn't it? You'll realize this all the more when you get to my age. But I'm not afraid. I'm ready for it. When I go, I will go out doing what I do best. If I died tomorrow, I wouldn't complain. I've enjoyed myself."

Which piece of advice are you going to borrow from Master Lemmy? Let us know in the comments below.

10 Perks of Busking: Why It Pays To Take On the Challenge

5 Overrated “Best Guitarists in the World”
most read news