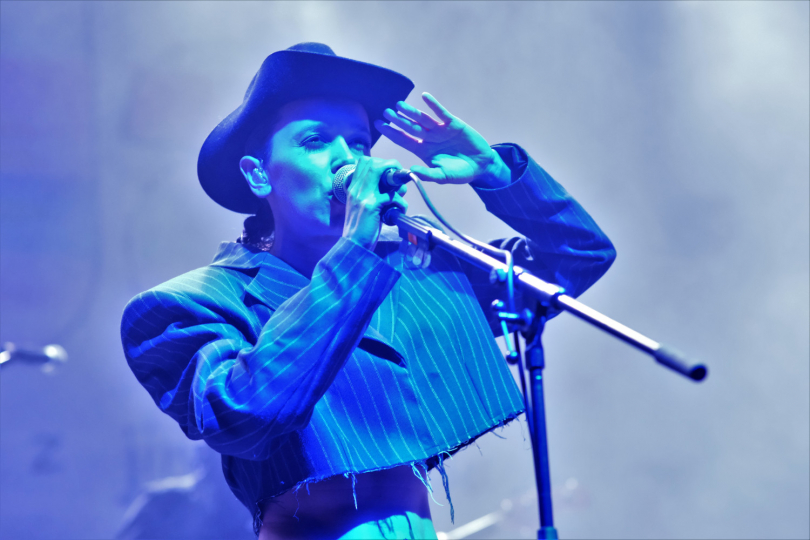 Playing bass is easier than playing guitar, drummers are animals, amplifiers and guitars from the golden sixties are the best,  and music is nothing but an expensive hobby? Let's have a closer look at these four myths about music—and why they're false.

1. Bass is easier to learn than guitar

Myth: For years, this "truth" has reigned among musicians. Sure, the bass has four strings, you go "dum dum dum" on it, and you don't really hear it much within the band. Also, many bass players are lazy and the ideas for riffs come from the guitarists anyway, which seals the bass's inferior role.

Fact: The bass guitar is definitely not one of the first instruments you notice at a concert or when listening to a song. But that makes the role of the bass and the bass line all the more important in any musical genre. The role of the bass guitar has also been pushed into completely different realms since the days of Jaco Pastorius and John Entwistle, moving beyond the "dum dum" role to fully substitute the role of guitar and keyboards—and, thanks to a variety of techniques, anything can be played on it. But you have to practice. And maybe a little more than guitarists do.

Myth: A drummer is a person who doesn't need to have an ear for music, doesn't need to understand harmony, notes, or even have a musical education, because all he does is make noise. Some people even think that a drummer doesn't even need to have rhythm. He just bangs on things around him.

Fact: Many drummers have classical music backgrounds and are versatile songwriters (e.g. Virgil Donati, Phil Collins, but even someone like Dave Grohl writes decent songs in the Foo Fighters). Not to mention that if you really want to play drums well, you have to be a great musician first and foremost and only make noise when it's appropriate.

3. Nothing beats the old '60s amplifiers and guitars

Myth: Only guitars and amplifiers from the golden days of rock 'n' roll in the '60s and '70s are the real deal. Nothing sounds as good as an original Les Paul with an old Marshall. All those simulations, emulations, digitizations, plug-ins, and who knows what else are just a weak offshoot of the unsurpassed originals.

Fact: The technologies of the last century have long since been surpassed and you now have an incredible range of high quality and musical products at your disposal. Vintage combos, guitars, studio equipment—all of these were at the birth of the classic rock 'n' roll sound, but they certainly weren't reliable devices. If the first guitar combos had been designed the way their creators originally intended, we might never have heard the sound of a distorted guitar. Because distortion occurred when the amp couldn't keep up. The first electrified blues guitarists made perfect musical use of this "mistake." But nowadays, you can get essentially the same "cool" sound in a much cheaper and more practical package. The market has long since gone beyond Fender and Marshall, and you can choose from a plethora of high-end products in all price ranges. If only Jimi Hendrix had all these conveniences... What would he have sounded and played like then?

4. Music is nothing but an expensive hobby

Myth: You can't make serious money from music and sooner or later every musician should realise that. Music is first and foremost a hobby, just like gardening, golf, or playing videogames. Look at all the failures in music history. Even a genius like Mozart died abandoned and poor as a church mouse.

Fact: You don't have to be a rock star, hip hop producer, or pop diva to make a living from music. If you're a jazz musician, or if you like other challenging and—heaven forbid!–instrumental music, it's still possible. There are also many new opportunities for skilled musicians in today's online world. If you keep believing and work on your skills, the results in the form of "rent paid on time" will come.