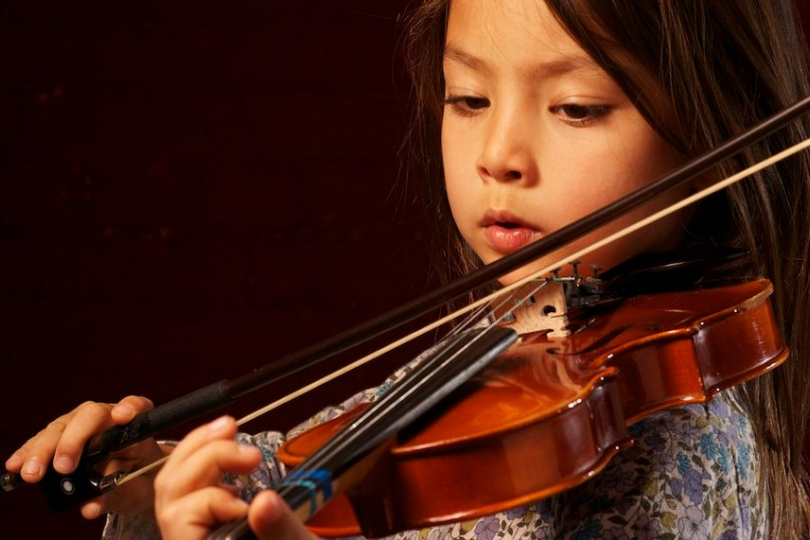 Motivations for playing an instrument or singing can vary. Some people create their own free world in the midst of the surrounding artistic wilderness, while others have grown up with the sound of music, and for them, their own musical production is the order of the day. Today, we're going to cover five situations that can cause aversion in the mind of a little one interested in music. It's then up to their interest and perseverance whether they don't give up on music at all.

1. You have no talent

"Mary, when you sing at school, you better just open your mouth." Or: "Our whole family has tone deafness, you'll be no exception." Seemingly innocent phrases, often uttered with adult sarcasm or worse, like the proverbial unsolicited "well-intentioned advice", or worst, like the deliberate putting down of an offspring by his or her parent suffering a feeling of inferiority.

Well, Mary might not be able to reproduce the right tone, left alone the melody of "Mary had a little lamb", but that is quite common among children. Most of them, at least in kindergarten, are more likely to "rap" than sing – but at least they are developing their rhythmic sense. With so many stimuli and things to learn thrown at them every day, it's also no wonder that the vocal cords of some children take longer to imitate the pitches they hear. So to stop any child's musical ambitions with your prejudice is cruel and unfair.

2. Stand up here and show us what you can do

A child herded with an instrument onto an improvised "stage" in the middle of the living room, a shaky rendition of the repertoire they learned at an elementary music school, tactful and appreciative adults around... It is hard to say who suffers more in such a scene: whether the poor little performer, who is trying to remember the teacher's instructions from a music class and especially to play the Beethoven at least in its entirety, or the listening parents/other relatives/friends of the parents, who either don't play anything themselves (so they have no idea why the violin of the little player is squeaking so much when he has been playing for ALREADY two years) or who painfully recall their own music school years and patiently sympathise with the player.

And children who try their best to comply with the wishes of their proud parents can cause rather serious trauma that someone forced them to play in discomfort and that their music annoys the listeners anyway. Even a pure exhibitionist can turn into a silent cagey person with a feeling of inferiority who will never pick up a violin and bow again after several years at music school.

Beautiful clothes or a miniature of an adult suit, artificial behaviour on stage – curtsy or precise bowing, theatrically graceful movements while playing, backstage hostility... and tears of disappointment when the music competition does not turn out as the little musician and even more the people around them wished. And above all, evaluating, comparing, praising... or criticising. This is also the reality of annual concerts and competitions at music schools.

When little players believe the people around them that the most important thing in the world is to win with their performance over others (i.e. to play a piece either in a way that corresponds to the pre-set ideals of the evaluators, or slightly in their own way, but again not too boldly), they can ride the wave of appreciation and become a virtuoso. Or they can take second, third, tenth place and gain the opinion that their playing is rubbish and they should devote themselves to something other than music.

Has anyone ever asked them how they perceive music? What do they enjoy, and how would they like to play? And if they even want to compete with others through music? Children often do things the way the system tells them to – they want to play an instrument, so they will go to a competition if the teacher wants them to. It doesn't even occur to some of them that they might refuse. But if they jump in and focus purely on achieving results and awards, the music itself may slip through their fingers.

4. We couldn't play, you have to save it

The music world is full of stories about how a young, enthusiastic musician bought his first guitar with money from a broken piggy bank and, against his parents' wishes, spent his evenings plucking his first riffs. Here, music functions as defiance, escape and free space amidst the grey and incomprehensibility of the mundane world, which is already a decent motivation for self-development.

But the reverse is not nearly as inspiring. When parents sign up a barely-speaking child in piano, flute and choir lessons because they themselves were prevented from their music education in childhood, any musical talents may develop – or suffocate if pushed too hard. Also wonderfully destructive is the retroactive pointing out of opportunities the child now has that the parents didn't.

In short, shoving music down your child's throat and expecting them to conquer all the milestones for their parents that they themselves have not achieved in their lifetime is one of the best ways to completely discourage them from music.

Being the child of musicians isn't always as cool as it looks from the outside, based on photos of a toddler wearing a T-shirt with the Stones logo "hanging out". From a young age, spending time with them at rehearsals, in the backstage, below the stage, under the fire of their favourite hits during long car journeys... In addition to babysitting "aunties" during concerts or the futile attempts to get into a room where a parent is currently practising intently, can leave a trace of "abandonment" in a person. Not to mention that the offspring do not always share their parents' musical tastes.

It may sound like super-childhood in the whirlwind of musical life, but not in everyone it awakes the desire to become a musician too, even though they may have musical talent in the genes.

What about you? Has anyone ever tried to discourage you in music, or have you always been certain and nothing could have tempted you away from your dream? Let us know in the comments.