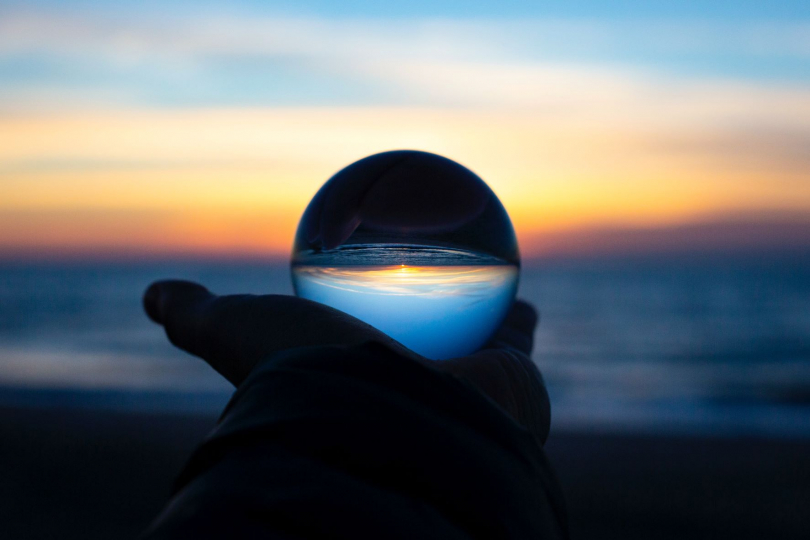 The Future of Music: Three Scenarios

What will be the situation in music in 2050? Can we imagine what kind of scenario we'll find ourselves as musicians in the near future? Let's play with our imaginations and explore three hypothetical scenarios of the near-future musical world.

Do you feel that we've reached the point in our society that feels like driving on a highway with faulty brakes? It would be silly to think you can stop progress and this definitely applies to the music world too. All those algorithms, plugins, DAWs, artificial intelligence—especially streaming services and social networks—have distorted our perception of what it means to be a musician in 2022. Not to mention Covid-19... But that would require another chapter to talk about.

I admit, I love the TV series Black Mirror, but I had to stop watching it. The reason? This crazy and artistic vision of the near future has started to become like our daily reality. Instead of switching off and getting that much-needed rest, the show puts you in the world of apocalyptic sci-fi while you're trying to enjoy your warm home, sofa and a glass of red in your hand—you know deep down that this is simply fiction and the fun-fantasy of the creators, however suddenly you're in the middle of a brutal surrealistic document that describes what might happen in a few years. So instead of relaxation time, you get a panic attack, so in pure desperation, you switch to Disney+ hoping to find some peace in the new Star Wars spin-off or with another mega-super-hyper Marvel character.

The development of the hypothetical Black Mirror music world of the future could look like this:

The music industry is completely controlled by high-performance and adaptable AI technologies that produce music according to every customer's requirements. Do you want songs with The Beatles or Billie Eilish vibes? No problem, as the machines process all the details of the artist's music catalogue and are capable of producing a high-quality song or album with the right vibes. Concerts and events take place in a virtual world where everything is connected with social media. Meta and Spotify sell tickets for virtual festivals and mega parties. Clubs, rehearsal rooms and recording studios are considered ancient history and the ones that survived are preserved as museums supported by the funds of the Global Ministry for Culture. Musicians are replaced by avatars in a virtual world or identical humanoid robots (Blade Runner style) who are indistinguishable from real people. The corporations actually own the musicians and are capable of organising thousands of events taking place at the same time, increasing their profits significantly. The audiences can not only comment on the event but are allowed to change or interact directly with the event according to its mood, so every concert by the same artist has a different playlist, depending on which virtual zone it takes place in. Music created in the past is completely licensed and owned by a global investment company. It is not possible to play a Nirvana song without being charged on your social credit for copyright infringement, as every citizen has an account with the Global State containing the complete data of their life: bank account, health records, criminal record, education level, CV and everything else collected since their birth. Real musical instruments have ceased to be produced and exist only in private collections or museums. Music is played on virtual equivalents or brand new tools that possess an endless variety of samples and sounds. The new generation of chips implanted under the skin connect your brain with data in a virtual cloud. The monetisation of music stops, as music becomes a means of communication and anyone can produce music of professional quality through very simple apps. It's like editing a picture in a famous Windows Painting however, the result looks more like it was created by an experienced designer using Photoshop. Playing real musical instruments and live concerts is either reserved for the extremely rich or happening illegally, in the resistance movement of people who are not recorded in the global credit system.

2. The village aka the local idealistic vision

The music world becomes a protected zone, a place where you can hide and fulfil the cravings of the soul, a place where you can escape the aggressive dictatorship of technologies controlling everyday life. There is a new alternative movement with musicians returning to the past and the young generation is once again devoted to archaic activities like practising on real musical instruments, writing sheet music by hand or creating their own lyrics. AI, algorithms, plugins and all digital tools are considered low artistic quality and are only reserved for commercial use of music. A majority of musicians in 2050 are striving for authenticity and their ability to interpret their own songs live in front of an audience is highly regarded. Recording music is rare, as people prefer to consume music in person, living in the moment. Music culture is localised and diversified. The more your music is original and niche, the more you have a chance of succeeding with it. Music is a gateway, a social affair that is used to interconnect different groups of people, a kind of crowd psychotherapy and one of the last free islands of humanity, where there are no numbers, percentages, graphs and profits, no tyranny of results or toxic ''beating the competition'' attitudes. A dense network of clubs, concert halls and recording studios is the pride of every city and also a frequent tourist destination, in otherwise unified concrete-glass urban complexes, with almost identical high streets, controlled by the limited number of global brands. Music remains a live and unpredictable entity, where human souls rule with sincerity and spontaneity.

3. Third vision aka the grey zone

The two scenarios described above feel like trips to the more extreme corners of our imagination—whether it's more into the darkness of the world dominated by AI and robots, or to the world of a dreamy hippie culture of the 60s.

This third vision seems to me most likely to happen, however, we probably all know that predicting the future is an as uncertain job as writing hit songs. One never knows how the situation will eventually develop.

We can safely say that the future of music includes technology, in all aspects of the music industry: production, creative process, interpretation, distribution and monetisation. The big question is to what extent these technological tools are beneficial to the quality of the musical experience. Sometimes you see a busker on the street and it gives you more positive vibes than a perfectly produced show with holograms, lasers and fireworks. The same applies to production and interpretative music techniques. To what extent do we need everything to be squeezed and squared to perfection? Do we really need music where every note is tweaked with a plugin, sampled or pitch-shifted? Another big question remaining is the monetisation of music—the music world walks a similar path to other industries, where a few large players rule at the expense of a huge number of smaller producers. The owner of Spotify wants to buy football clubs or invest in weapons, instead of supporting the development of music clubs, schools or other music institutions. Paradoxically, technology and instant global communication through social networks have caused the unification of mass culture. Everything is starting to feel like a corporate gimmick, right? Don't you feel that everywhere?

Music will desperately need a new generation of musicians, people who will play guitar and create music they love, who once again fall under the rock'n'roll spell, who marvel at the beauty of classical music, jazz avant-garde or produce beats or experiment with electronics. The method of the creative process does not matter, what is essential is to maintain diversity, spontaneity and a complex system of relationships that exist in the music world.

This is my only fear for the future. That we may lose something that we're taking for granted today, simple things like going to see a concert of your favourite band, having a jam with friends in the rehearsal room, making a recording in a professional studio or having a bass lesson with your local tutor.

What is your take on the future of music? Any fears, any hopes you would like to share with us? Let us know below in the comments.