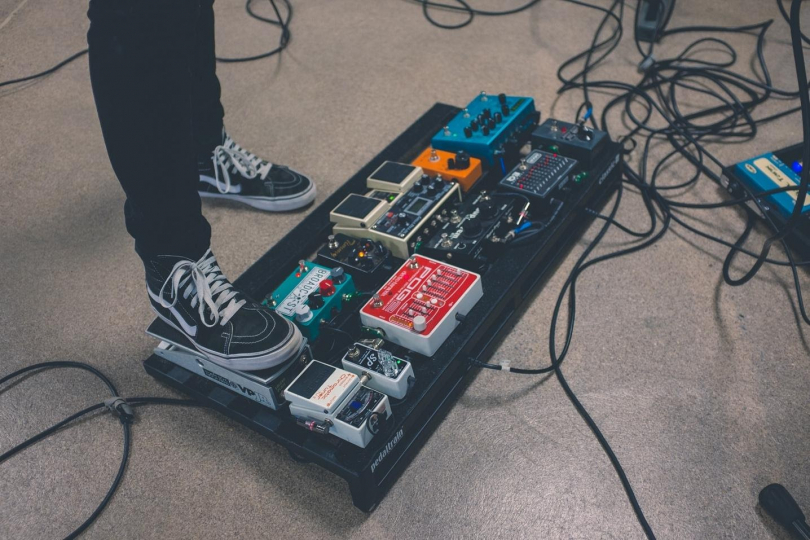 Are you auditioning for a band? Do you have a gig and you're missing one or more partners in the musical crime you're going to commit? Planning to make some extra money playing on the street? Or do you just want to play a complete piece of music in front of your family?

Whatever the answer, you are in the right place! I'll tell you how to play a song as a full band, even if you're the only member.

You don't need that. As we can often hear from nosy old ladies, "everybody can sing." But you will need some voice. Perhaps you are primarily a singer and the instrument is just an accompaniment. Or maybe, like me, you're primarily an instrumentalist. You don't have to be Pavarotti because you're singing to accompany yourself. Very importantly—if you can't combine playing and singing at the beginning, don't despair. Slow down and it will get better with time.

It can do a lot more than just sing. For example, you can consider investing in a harmonica with a holder that allows you to attach the instrument to your body without having to hold it. Why? Find out! The other day, I saw it myself in practice at a concert and it worked great!

3. Fingers running along the fingerboard

Yes, that's the highlight! It's time to strum the strings! How many there are is up to you! You can do anything with six (twelve for connoisseurs), you can try the eight strings of the mandolin (a beautiful instrument, it looks very simple, but the opposite is true) or you can play the Indian sitar (check out George Harrison). However, four will be enough, whether you're thinking of the bass guitar, the ukulele (the ukulele is a very simple instrument and you can learn a few basic chords and rhythms in a few seconds and it's small and light, so it's easy to move) or the violin. Find your style!

And that's how simple it is.

If you have your hands free for just a moment, you can use them to drum on your wooden stringed instrument. I've met a lot of people who do this (in some cases, they are drummers who just want to try out the guitar) and I find it quite creative. But be prepared for the fact that not everyone likes this. Many even consider this to be guitar vandalism.

Drums are important. And that's where the feet come in. The only rule is to follow the beat, the rest is up to your imagination. For example, jingle bells can be attached to your feet. I can also highly recommend a cajon (a box on which the player sits and drums with their hands or kicks with their feet). You will thus have both the chair and the rhythm sorted out!

These can record different sounds which are then repeated over and over again while you can sing and play other sounds. Very useful. This way, you won't even be handling a multitude of instruments at once. Because mastering all this is really impossible! Try only at your own risk.

John Paul Jones and his three-necked instrument. What can I say? Perfection itself!

You're probably thinking I'm pulling your leg right now. Isn't that too much? In terms of quantity, yes, but don't forget that the box will help you in times of trouble and your feet are free. You have the unique opportunity to take your shoes off and, like Sam Kiszka, bassist of the band Greta Van Fleet, control the pedals with your feet. Without shoes, you can feel them and you won't have to keep your eyes on them. Not all the peculiarities are mere star manners, some are practical too! I recommend you watch this video.

I was inspired to write this article by a random busking multi-instrumentalist. I watched his show and I have to admit that he was really great. He handled the guitar and even some of the things mentioned above. I myself sometimes have trouble controlling two hands while playing the guitar. So I decided to write down my experience plus what I picked up from his performance.

And don't forget to involve the audience in your performance. If possible, draw them into the action. If you're playing in public or at an event, people like to sing along.

So, that's it. Play, play and play because it won't coordinate on its own.

10 Perks of Busking: Why It Pays To Take On the Challenge
most read news