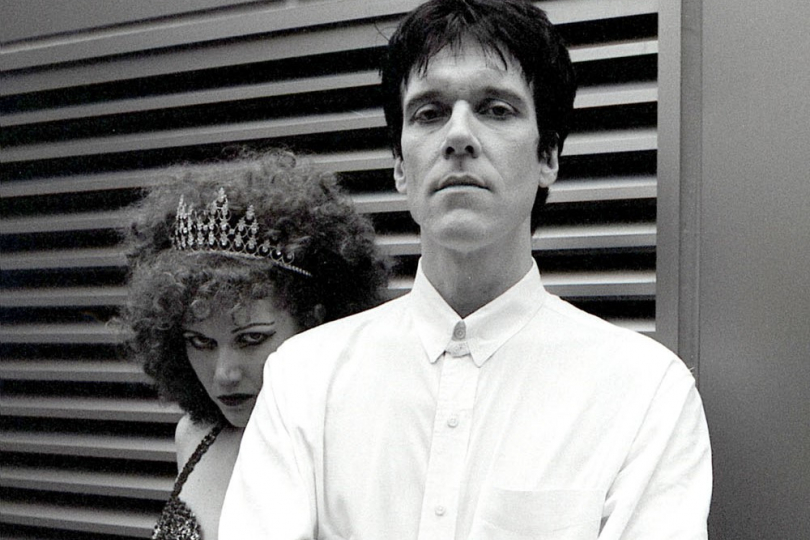 Milestones in Music History #15: The Cramps and the Birth of Psychobilly

The emergence of rock and roll, as we have seen in our previous episodes, gave birth to many interesting new forms of music. The combination of rock with rhythm & blues and country music, especially in the southern United States in the 1950s, evolved—or rather degenerated—into psychotic and perturbing rhythms. Rockabilly was born. Rockabilly was able to express the rapidness and the urge to shake, but it was looking for a way down, deeper and darker. At the time, as we have seen in our last Milestones, punk was also starting to take place. And so rock and punk eventually met their dark and spooky sides. A whole new movement had come out, led by one of the most subversive and scary bands ever. I'm speaking, of course, of The Cramps.

In the 1920s, in the United States, country music took its first steps, a happy and invigorating genre talking to the masses, for the masses. The first known hit was the song “Wreck of the Old 97,” which sang about a famous rail disaster that involved a Southern railway mail train, which derailed because of the excessive speeds while attempting to keep its schedule. But already in the 30s and 40s, the genre was evolving, including elements from jazz and underlining the importance of rhythm. In the meantime, blues was also mutating. Starting around the same years as country music, by the end of the 30s, the genre became a little bit sexier, as elements of boogie-woogie were included. The real boogie mania exploded, especially in 1938, when blues artists started combining rhythmic and incessant bass lines with a particular vocal style, called hillbilly, a label coined by country pianist Al Hopkins; a music genre which originated in Appalachia and the Ozarks, rural and quite close to the country.

The terms hillbilly and boogie became official in the 1940s when radio stations (mainly from the Southern US) began broadcasting hillbilly music, that is Appalachian music mixed with elements from Afro-American tradition. Those songs born from the mixture of those two genres were described as hillbilly and hillbilly boogie, but also rockabilly. The latter, as the name suggests, included the primitive elements of rock, but also the use of effects such as echo, delay and reverb. Just think of artists like the Maddox Brothers and Rose, or of course, the great Elvis Presley, defined in the early years of his career as “Hillbilly Cat” and one of the greatest examples of rockabilly soul.

However, when rockabilly met punk, something changed. In the 60s garage rock was already emerging, taking its distance from rock by using fuzz and more underground sounds than the typical sixties bands. But at the beginning of the 70s, when punk came to light, rock (and rockabilly, of course) got dirty, and became a symbol of subversion and attracted the most filthy and lewd souls, turning itself black. Lux Interior with its The Cramps embodied all these ideals exactly.

The band formed in 1976, amidst the punk wave and at the same time was deeply influenced by 50s rockabilly, in particular by Hasil Adkins, but Erick Lee Purkhiser (aka Lux Interior) and Kristy Marlana Wallace (aka Poison Ivy) had met some years before, in Sacramento, California. Lux Interior, took inspiration for his stage name from an old car commercial, and Poison Ivy's name was suggested to her in one of her dreams; in fact, her full stage name was actually Poison Ivy Rorschach, referencing the inventor of the homonymous test). In 1975 they joined the music movement revolving around the music club CBGB in New York, where acts like Suicide, Television and Ramones were playing. In 1976 the band was completely formed.

The Cramps started performing regularly at CBGB and Max’s Kansas City, and in 1977 they had the chance to release their first two singles, before being signed by Miles Copeland III to the I.R.S. Records label. Thanks also to Copeland, they had their first tour as support for The Police on their UK promotion tour for the record Outlandos d'Amour. The year after, they decided to perform for the patients of Napa’s Mental Health State Hospital. The video of the live concert is flashing still today, and it shows how their performance, as well as their music and style, were incredibly ahead of the times.

Eventually, they returned to NYC, where they released their first EP, Gravest Hits, in 1979, and in the same year they went to Memphis to record Songs the Lord Taught Us, their first full-length album. In 1980, the band decided to relocate to Los Angeles, and they started to become more popular and shape their specific style. The two distorted guitars (in the beginning, the band did not have a bass player) and the loud and frenzied vocals of Lux created a powerful and yet spooky scenario, enriched by references to horror b-movies and to sci-fi and exploitation films that accentuated violence and dirty sex.

Their connection with horror imagery was empowered by scoring the movie The Return of the Living Dead (1985), with the song “Surfin’ Dead”, where Poison Ivy plays both guitar and bass. In 1986, with the release of the record A Date with Elvis, the band officially inserted the bass into their formation, played by Poison. The album had a huge success in Europe, a little bit less than expected in the US, but it gave us a clear idea about the band’s character. The album included also their first UK single hit "Can Your Pussy Do the Dog?" In that same year, the band finally found their bass player, Candy del Mar (of Satan's Cheerleaders).

All through the 90s, their popularity granted them discrete successes and the possibility of appearing on some TV shows. Also, in the 90s, the bassist left the band. Their last album, from 2002, Fiends of Dope Island, produced by their own label Vengeance Records, leaves us marvelling at their beautiful personality and gives us the exact portrait of the whole band’s arch. In my opinion, this album, together with their performance many years before at Napa’s Mental Health Hospital, are both perfect examples of the importance of The Cramps, not only for psychobilly but for the whole history of music.

They played their final shows in 2006, and Lux Interior died unexpectedly in 2009, but their legacy is immense. Psychobilly has continued to grow and gather many adepts, and many bands pay tribute to The Cramps, just to mention a few: Zombie Ghost Train, Nekromantix, The Gun Club, Elvis Hitler, and The Voidz (led by The Strokes’ Julian Casablancas).

Their rebellious and at times scary approach, their transition from primitive forms of rock and rockabilly, to the creation of the psychobilly genre (a term of course not created by the band) and gothabilly as well, their spectacular and disturbing performances, all granted The Cramps a rightful place in the history of music, and attention that deserves more than a quick listen. The same rebellious and extravagant spirit, although taken a little bit more darkly, is one of the most typical features of Bauhaus, the protagonists of our next Milestones.

Do you think that psychobilly is a natural and obvious mutation from rock? Were The Cramps able to shape a whole new music scene? How does performance help to express musical feelings? And how might horror imagery relate to music?

Milestones in Music History #12: The Rise and Fall of Brian Jones
most read news