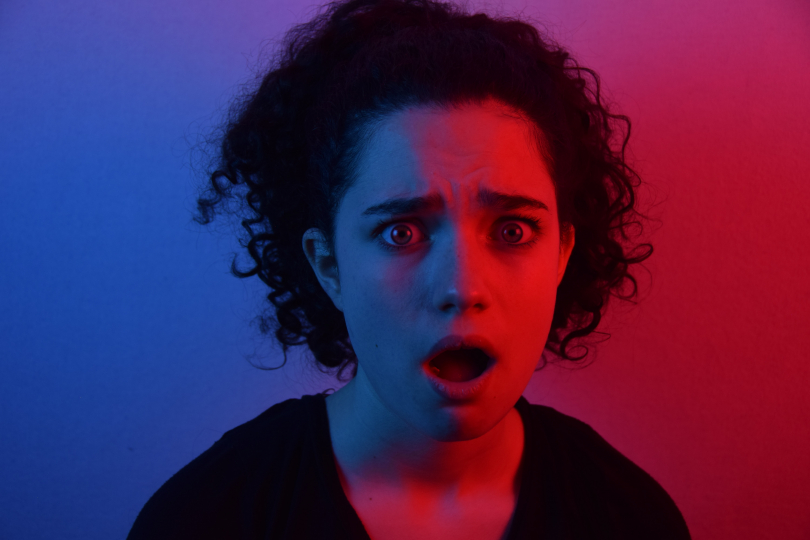 Communist ideas, anger, frustration or stalkers. All these dark themes are hidden in famous songs without audience even realizing it. | Photo: Mason Kimbarovsky (Unsplash)
mbx - Fri, May 06, 2022 - 08:00

Have you ever wondered what the message or meaning of all those ubiquitous and famous songs accompanying our daily lives was? We hear them on every corner, dance to them at weddings and proms or request them to be played at funerals. Perhaps it is not surprising to find out that our focus is mainly on a catchy melody or groove, and lyrics are somehow less important, right? However, for artists it is their confession, they pour their hearts out and they usually really care about the meaning and the message of their "big" songs.

Let's take a closer look at the TOP 5 totally misunderstood hit songs that have either a completely different meaning than we thought of or are hiding a surprising message. What are their dirty secrets?

It is his most successful song after The Beatles era, and it was written together with Yoko Ono. Generally, the song is considered an unofficial anthem of all the people looking for peace, truth and love in the world. Surprisingly enough, John Lennon basically wrote the composition as a communist manifesto. And because he was a smart guy, he immediately realized that the song with that message would not be accepted and would ruffle a few feathers, so he packed this quite clear political message into poetic and romantic phrases about the world without materialism, without borders separating nations and without religion. Sound a bit similar to some ideas, right? Marx Engels Beatles?

"If you told me you were drowning, I would not lend a hand." This little piece of lyrics within the song was the cause of widespread urban legends. One of them claimed that Collins was inspired by a scary "true" story from his childhood when he witnessed a man drowning and simply could not help him. The other legend said that Collins did not help the drowning man deliberately because he knew he had raped his wife. In the 1990s, it was a very popular topic that was discussed thoroughly and was part of the popular culture at the time. However, the fact is that Collins improvised lyrics on the spot during studio recording sessions. It is an outburst full of frustration and anger coming from the recent divorce from his first wife (in 1980). Collins was so disappointed and shattered that he even left Genesis for a brief period. Do you also feel some tension in the air tonight, darling?

The mega party hit of the year 2000 with some shouts about dogs without a leash, right? In fact, this is a feminist song that condemns "catcalling" – slang expression for sexually explicit and offensive shouts in public, mostly coming from men and addressed to attractive or distinctive women. The story described in the song goes as follows: the metaphorical use of life as a party where everyone is enjoying their time suddenly changes when a bunch of unruled and rude guys start to offend females in the party. They don't like it, so they shout back until one of the desperate women shouts the catchphrase of the song "Who let the dogs out?" Personally, I would have no idea about this hidden message, and I think it is great to find out. Totally changed my perspective, making it one of my favourite hits instantly. Is it even worth it to ask if you're a dog or a cat person?

Surprisingly for the band, this composition became an indispensable nostalgic soundtrack of the proms – a dance party for the high schoolers. How wouldn't it be with the main chorus hook, “I hope you had the time of your life”—which initially wasn't meant to be the end of fun and glorious high school life and the transition to the adult world. Even though it makes sense to interpret the phrase in that way, the song is, however, about the breakup of singer Billie Joe Armstrong with his girlfriend who preferred life in an exotic Ecuador over a relationship with a punk rockstar. As the title of the song suggests, Billie wasn't entirely happy with her decision and therefore also ironically points out that she is probably doing great without him. But still, most people prefer poetic meaning and the nostalgic atmosphere of the composition, which are more suitable for the idea of a transition between childhood and adulthood. Eventually, Green Day dudes themselves accepted this new meaning for the listeners. Maturity as an analogy for breaking up with childhood?

People love and adore this song, it is even their wedding dance… if only they knew that the touching "I'll be watching you" (which is repeated about a hundred times at the end of the song) is not about the care for a beloved person but a sick stalker. In 1982 Sting wrote the song because he was going through a complicated break-up with his wife, actress Frances Tomelty. His new partner and wife, with whom he stayed to the present day, Trudie Styler, was at the time her best friend and also a close neighbour. Um, life is sometimes complicated, isn't it? Master Sting himself pointed out the process of creating the composition: "I woke up in the middle of the night with that line in my head, sat down at the piano and had written it in half an hour. The tune itself is generic, an aggregate of hundreds of others, but the words are interesting. It sounds like a comforting love song. I didn't realise at the time how sinister it was. I think I was thinking of Big Brother, surveillance and control." (source: Wikipedia) Knock, knock, open the door! Police just want to check on your every breath!

Do you think of another song whose message or meaning is interpreted quite differently? Let us know in the discussion below the article.