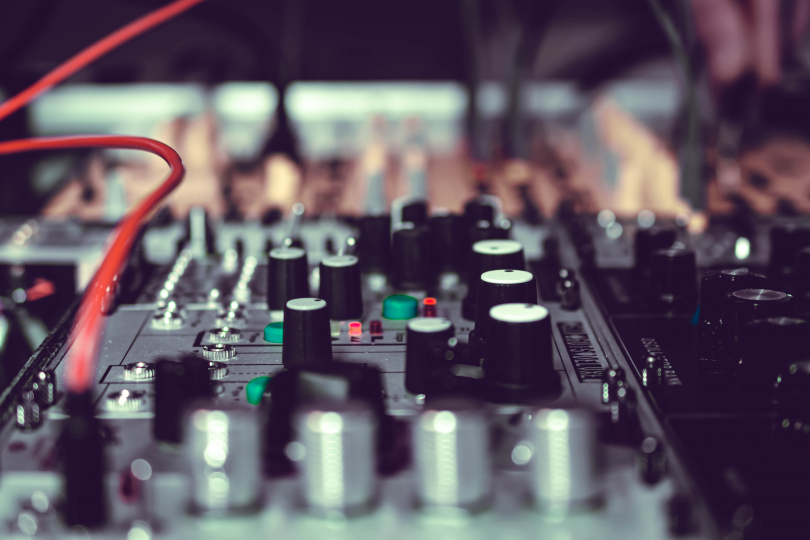 Music critics and fans alike love categories, genres and sub-genres. Thanks to the intricate labyrinth of various musical styles, they can identify themselves as bearers of truth. Holding the torch in their hand and showing the path to all the uninitiated and unaware. Afterall, it is punishable to mix up proto-punk with garage rock or God forbid, to claim that all music with electric guitar is called rock. Let's be honest, we love pretending how we hate all those musical boxes, drawers and grids—however, in our soul, we are rewarded with a warm feeling of snobbery when we know how to spot and describe new wave or queercore. Today we look at five incredible musical styles that even the biggest musical nerd may not have heard of (or at least one out of five will surely be revealing, right?)

Can you picture a very complex part written in music notation? Yes, you probably already know where I am going ... it probably has a huge number of black dots (notes with various rhythmic and pitch values), so the notation might resemble something like a wild frantic ant orgy or if you're less dirty-minded, spilled black tea leaves. Indeed, Frank Zappa called his extreme composition "The Black Page" exactly for this resemblance. Black Midi is a musical genre that benefits from the options of digital MIDI composition, which allows you to write a song with a huge number of notes (sometimes in the order of trillions) that would be unplayable in the real world. The first Black Midi style song was written by Japanese composer Shirasagi Yukki for the video game The Embodiment of Scarlet Devil in 2009. Blackers (Black Midi composers) existed initially only in small communities in Japan and China, but thanks to YouTube they have expanded all over the world. The extreme number of notes in their songs require high-performance computer processors and vast amounts of memory that test the edge of the possible in the digital world. Therefore, some songs cannot be played or recorded in real time.

In the world of popular music, everything revolves around massive hooky choruses, meticulous production and infectious rhythms. The aim is to keep the attention of the listener for every second and therefore he is presented with an irresistible buffet of sound delicacies. Lowercase, on the other hand, goes the other way around. The listener is presented with delicate sounds of our ordinary world, which are usually lost in everyday reality. The ball is on the listener's side in order to tense his eardrums for maximum attention. It is like looking for jewels hidden in a mysterious sound treasure. Literally, you hear the grass grow. Lowercase composers amplify and record the finest sound nuances you can imagine. One of the famous protagonists, Steve Roden, popularized the genre with the album Forms of Paper, in which music was created by the sound of handling paper. The origins of the name lowercase are explained by guru Roden: "It bears a certain sense of quiet and humility; it doesn't demand attention, it must be discovered... It’s the opposite of capital letters—loud things which draw attention to themselves."

The music underground is an incredible source of talent and a refreshingly alternative view of the world. Riot grrl was a feminist punk movement that appeared in the early 1990s in the United States. It was a subcultural movement that combined feminism, punk music and politics. It benefited a lot from indie rock, while the punk scene served as an inspiration for a new platform in which women could express themselves as boldly and unbound as men. Liz Nylor, manager of Riot Grrl band Huggy Bear says: "There was a lot of anger and self-mutilation. In a symbolic sense, women were cutting and destroying the established image of femininity, aggressively tearing it down." Riot grrl has often dealt with problems such as rape, domestic abuse, sexuality, racism, patriarchate, class struggle, anarchism and generally strengthening the position of women. The primary bands that are most associated with the movement were Bikini Kill, Bratmobile, Heavens to Betsy, Slant 6, Huggy Bear and Skinned Teen. Bands and movements gradually disintegrated in the US during the 1990s, but their influence persisted in other parts of the world almost up to 2020. One of the critics that may have guessed the reasons for the weakening of the movement was Courtney Love: "Look, you've got these highly intelligent imperious girls, but who told them it was their undeniable American right not to be offended? Being offended is part of being in the real world. I'm offended every time I see George Bush on TV!"

Yes, anything with the additional "core" in the name suggests a mix between seemingly incompatible styles—above all, a properly mad combo. So, this is also the case with Bardcore, a microgenre that was created in 2020 and its "core" is transforming well-known songs into a medieval style. Although it started in December 2017 on YouTube, when Algal The Bard celebrated a tremendous success with the medieval version of "Toxicity" by System of A Down. However, The Guardian newspaper dates Bardcore as a clear trend from 2020 onwards. During the Covid-19 lockdowns, 27-year-old German YouTuber Cornelius Link published "Astronomia (Medieval Style)," a remake of Tony Igy's electronic dance composition with the same name. Otherwise, you're probably more familiar with it as the mega-popular meme Coffin Dance. After that YouTube was flooded with Bardcore covers of Lady Gaga, Radiohead, Dolly Parton and even "Somebody That I Used To Know" by one-hit-wonder Gotye. Elmira Tanatarová from I-D describes Bardcore as a musical trend that "carries with it the weight of years of memes made about the medieval era, and the bleak darkness of that time period that appeals to Gen Z's existential humour."

Do you like C major, G major and easy listening? Or the popular four-chord radio candy hits? So, forget about all the song and arrangement rules in serial music. As an avant-garde style of composition of the 1920s, Atonal serialism was an uncompromising new style with the aim of tearing down classical musical traditions. Arnold Schönberg (the main protagonist) wanted to break free from the clichés and procedures of established acclaimed geniuses of classical music. No mercy either, not even with Bach or Mozart. He was bothered by harmonious chord progressions that emphasized the tonic and boring melodies based on scales—basically, he wanted to get rid of everything we grew up and love about music. That is why he came up with a radical method of dodecaphony: using all 12 chromatic semitones of our Western tone series, usually on the principle of determination without repetition. French composer Pierre Boulez went even further when he followed the parameters according to the predetermined series. The resulting music is always difficult to digest, which irritates and then bores so many people. For them, atonal compositions sound like a disordered cacophony without melody or rhythm. On the other hand, it provides sophisticated and adventurous listeners with almost perverse satisfaction with surprising changes and, above all, a lack of any musical expectations. You will never guess a melody continuation or chord progression within the composition. A skill that you're looking for in popular genres. Also, it is a huge intellectual challenge, so not everyone can be up in the mood for it, right? Give me some Ed Sheeran to wipe the struggled brain threads!

Let us know any other crazy odd music genres in the comments below!