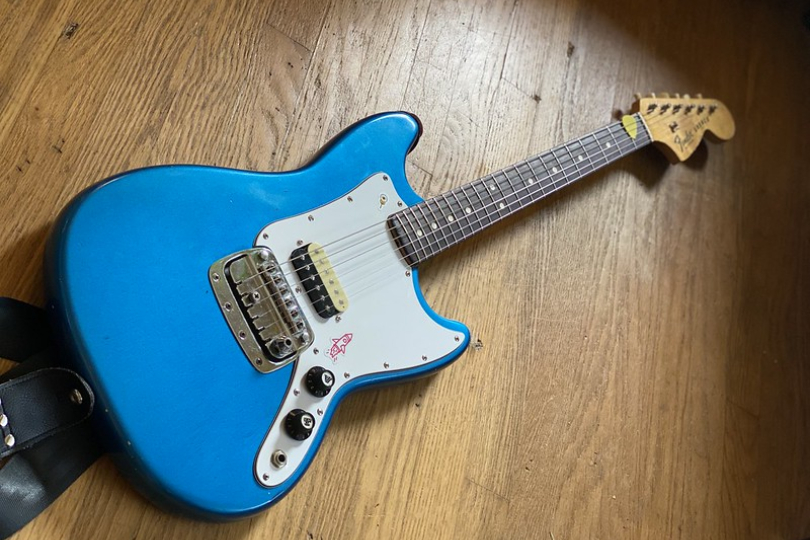 Under the Hood #31: The Almost Forgotten Fender Bronco

In previous episodes, I introduced Fender's student models, but the list is not yet complete. As Fender paid a lot of thought to aspiring guitarists and knew how to combine the designs of different models, quite a few student guitars were created. Although they look very similar at first glance, there are many significant differences between them. Another guitar worth looking at is the Fender Bronco. A model that is somewhat unjustly forgotten today.

The Fender Bronco was launched in 1967, at a time when several student models were already in production. By the 1950s, the Musicmaster and Duo-Sonic models were available, and a few years later the Mustang was added. All of these guitars, including the Bronco, had very similar offset shapes and designs. The models were differently combined, but they were almost identical in construction.

If you read my description of the Musicmaster and Duo-Sonic models, you may recall that they had the same body, the same necks and lacquer, but differed in the electronics. The Musicmaster had one pickup in the neck position, the Duo-Sonic had two pickups and a pickup switch in between. The Mustang represented another upgrade to these models, adding a tremolo bridge. To make things more complicated, the Bronco model had everything that the Mustang had, only the pickup was positioned at the bridge and there was the original bridge with a vibrato bar.

The genius of the student models lies in the fact that they all have the same simple and stylish guitar design, just in many different variations. And as a bonus, these models were very reasonably priced thanks to their simplicity and low cost of production.

The same and yet different

The biggest difference between the models is the sound. This is largely determined by the position of the pickup on the electric guitar. On the Musicmaster, it was at the neck. This gave the model a specific, "round" sound. The Duo-Sonic and Mustang had two pickups and therefore a wider range of sound possibilities because the pickups could be combined or played at the same time. The Bronco completed the development of pickup combinations when the designers placed the pickup next to the bridge. The instrument had a distinctive, punchy and sharp sound.

The pickup was controlled by two potentiometers, volume and tone. The tone allows you to slightly reduce the treble and make the sound less sharp. From my experience as a guitar tech, I would say that a large number of guitarists don't use the tone or use it very little.

In the case of the Bronco model, the tone control is quite desirable.  As there is only one pickup on the guitar which is placed at the bridge, any extra sound adjustment is useful. The pickup at the bridge offers a full treble sound, which is not always welcome when playing. However, by using the tone, the guitarist learns to work with the pickup's characteristics sensitively. The pickups were the same on all models and of the same quality.

The pickguard was also different on both models – on the Mustang, it was only around the pickups and the electronics panel was metal. The Bronco's pickguard was all plastic. 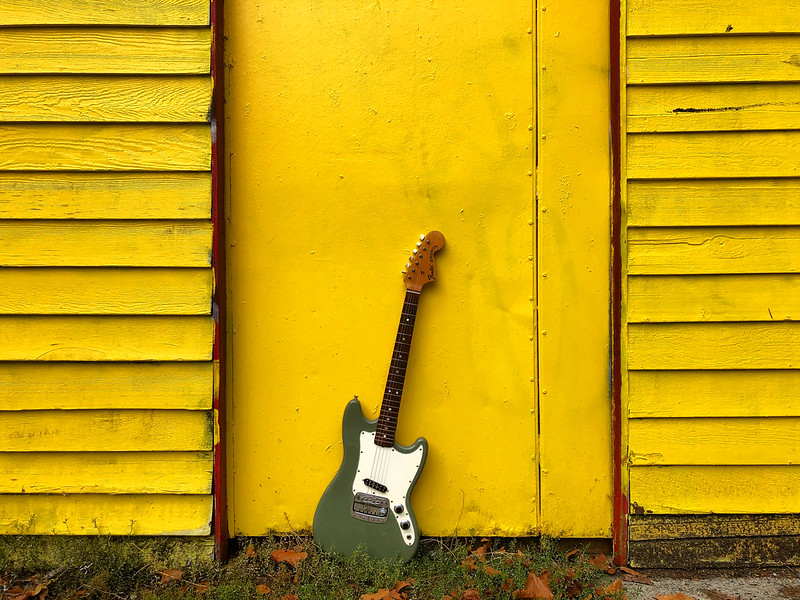 The Bronco, like other student models of the time, was made from good-quality parts. They may have been of lesser quality than Fender's flagship models, but from today's perspective, the quality is very high. Thanks to the short scale, the necks don't get deformed much. If the instrument is well cared for, these models' necks are often in great shape even today. Despite being a few decades old, they are comparable to new guitars.

The standard scale of Fender guitars is 25.5 inches. Student models are known as "short-scale models". The Bronco model had a 24-inch scale, which has not changed. The Mustang, on the other hand, was sold in 22.5-inch or 24-inch versions. In general, the twenty-four-inch scale suits a greater number of guitarists.

The first Fender Bronco models came in red and later in black. The red ones were painted with the Fiesta Red shade, which was the first lacquer colour Fender started using in the 1950s. Over time, other colours such as Dakota Red, Olympic White, and Midnight Wine were added. These and other specifications can be found on Guitar-list.

The Bronco model was distinguished by its original bridge design. The way the bridge saddles moved when tuning octaves was somewhat impractical. Overall, this type didn't catch on very well and remained only on this model.

Bronco and the history of its production

The development of this model started in 1964, it was listed in the official Fender price list from mid-1967 and went on sale in December 1967. It certainly made someone's Christmas. Its production was discontinued in 1981. That year saw the end of multiple student models and the beginning of a new era of student guitars, particularly the Bullet series.

This model is a bit forgotten today, partly because it has never been reissued. It has slowly faded from public knowledge and few people know it now. I believe this is a pity – for example, the models from the 1960s are of very high quality from today's perspective and are in good condition in the vast majority of cases.

One of the reasons for the student models' popularity was their price. The Musicmaster was the cheapest, followed by the Bronco. In the 1968 catalogue, it cost 149.50 dollars. Its price gradually rose until it stopped at 240 dollars in 1977. A more detailed price list and specifications for the Bronco can be found here on the fan site.

The Bronco model was sold together with an amp, which was a very good move. This beginner package attracted many players because they could buy a complete set and learn to play properly for quite a reasonable amount of money.

Under the Hood #33: A Timeline History of Fender (Part 1)

Under the Hood #32: How to Upgrade Old Japanese Fenders and Their Copies

Under the Hood #30: Fender Musicmaster a Duo-Sonic

Under the Hood #29: Stratocaster Then and Now
most read news