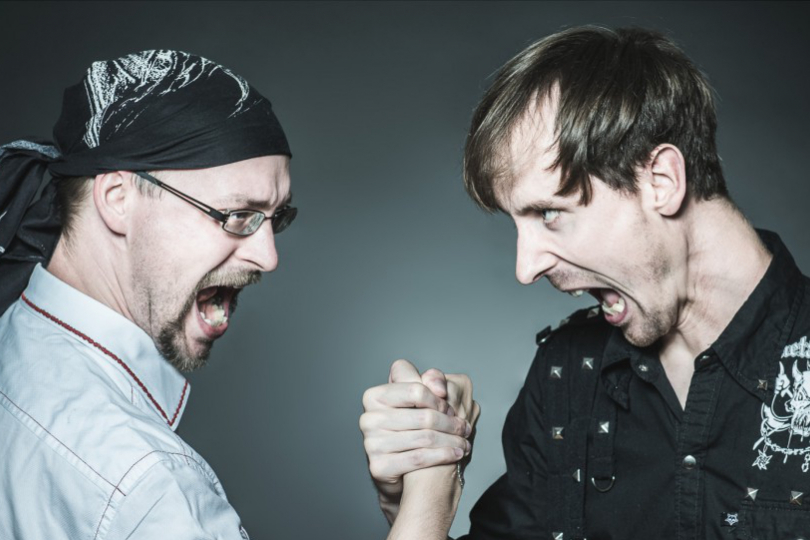 What Is More Important in a Musician: Skills or Character?

What do you expect from your bandmates? Is it more important for you that they master their instrument or that they are people with a good character? You are right, both. But which of those wins?

I don’t know if it’s just me, but I find that most bands are interested in how well the newcomers can play their instrument. A musician comes to an audition and the first thing they hear is, "Well, play something for us." And so, they have to perform. Usually, the following questions include: how long have you been playing, where have you performed, what experience do you have, do you have any experience at all, can you send us some samples, or, do you have any testimonials?

So, the musicians send some references, they would play for you, you’re happy—and they’re in. Or he or she just happens to be a friend of yours who plays something, as you’ve heard, you share taste in music, and so you start a band together.

You compose a few songs, play a few gigs, maybe even record an album—and then you find out that it just doesn’t work. Someone in the band may be slacking off, they see problems everywhere and find everything difficult. And here we are. Even if they are great musicians, they’re of no use for you in a band. It doesn’t matter that the drummer can play sextolets at 200 bpm or that the guitar player can improvise perfectly and move smoothly between scales and modes—if they just don’t appear at your band’s rehearsals.

I encounter this problem in bands every day. Almost always there is about one person in a band who doesn’t have the same commitment and pace as the rest. Or rather, he or she has significantly less interest in the band than the other members on average. And, therefore, he or she holds them back. And everyone in the band is pissed off at them. They cause conflicts. Rehearsals and gigs have to be cancelled, various band activities postponed. It just undermines the morale and the enthusiasm of everyone else.

And that’s what I mean by the character of a musician. When a musician doesn’t play alone but with other people, it seems to me as clear as day that the interests of the band should have preference to his or her individual wishes. (Within certain limits, of course, which depend on a lot of factors.) If a band is to function with five members, it needs all of them, not just four. But some people don’t seem to realize that. I’m sure you have heard the excuses from rehearsals or gigs, such as: I have to study for an exam (at a university); we're going to the cottage for the weekend; it’s so far away, no way I'm going there!; I promised my people we'd go to the Zoo on Saturday; I’m going to get my hair cut... Are you laughing? I’m serious. I’ve heard most of these. For one thing, as I wrote, they’re excuses. And stupid ones at that. The students know very well in advance that there will be an exam. The cottage will still be there later, it won’t fall down in a week. Bands usually travel to play far away. The Zoo's closed in the evening, and... a hairdresser?!

Since 1985, Guns N'Roses has gone through about 20 different musicians, with Axl Rose being the only constant member. Rose, who himself has been arrested and sued many times, fired drummer Steve Adler for heroine abuse.

Not only is such person usually not an asset to the band and doesn’t help the band get anywhere, but he or she also hinders common activities and makes it harder for everyone. I see such behavior as nothing but selfishness. Why? If four people set aside their time for rehearsal but the last one goes out instead or settles his or her unfinished business because they weren’t able to organize their time better, that’s inconsiderate to me, at the very least. They’re putting themselves above the other band members and basically letting them know how unimportant or secondary the band members are to them.

The band should therefore carefully consider whether it is really worth keeping such a musician. Maybe there is another option. And all musicians resembling my examples should think about their attitude and make it clear what they want. I have a lot of respect for musicians who play fair and leave the band rather than holding it back— Even though that is often sad and challenging for the band, too.

Just to make it clear. I know very well that it’s all about priorities in life. About everyone’s ability to organize their time for work, family, or friends, about mutual agreement, etc., but let's get this straight: if my band is rehearsing regularly on the same day once a week, I would not book an appointment at the hairdresser’s or dentist’s on that date! Never ever!

A short true story. A band decided to shoot a video, they wrote the script, divided the lines, arranged the date, the cameraman, the extras. At the appointed time, all but one member showed up. They couldn’t reach him. So, the band rewrote the script, reworked the lines, and shot the video without that member. He showed up later. The band’s first question: "Where have you been?" Answer: "I didn’t like it, so I decided not to participate." What the...?! That's a joke, right? No, it was said in utmost seriousness.

And that’s exactly what I mean by the musician’s character. How can anyone let a band down? Your friends? How can one prefer, for example, going out on the booze with their friends (happening every week or so) to a gig with their band? Stone me, but I just don’t get this (probably because I don’t go on benders). If a band agrees on something, it’s a deal and there is no changing it. There is no room for arbitrariness by any individual.

Not to be only negative, I know musicians who are willing to do the almost impossible for their band. For example, one member of a band played a whole gig with stomach cramps after being sick all day. Or, another time, he came to play a gig straight from the airport after flying halfway around the world. There are players like that, too.

So… What’s more important for a musician? Knowing how to play, or having a good character and the right attitude towards the band? Let us know in the comments.

I am a guitarist and composer in the Brno metal band ROSA NOCTURNA (www.rosanocturna.cz). We recently released our fourth album Angels and Beasts, which rides the waves of symphonic-folk metal. You can find more info about me on my webs…
RELATED ARTICLES

How To Improvise: Offer a Story Instead of Generic Scales

Which Acoustic Guitar Is Better: Classical or Western?
most read news