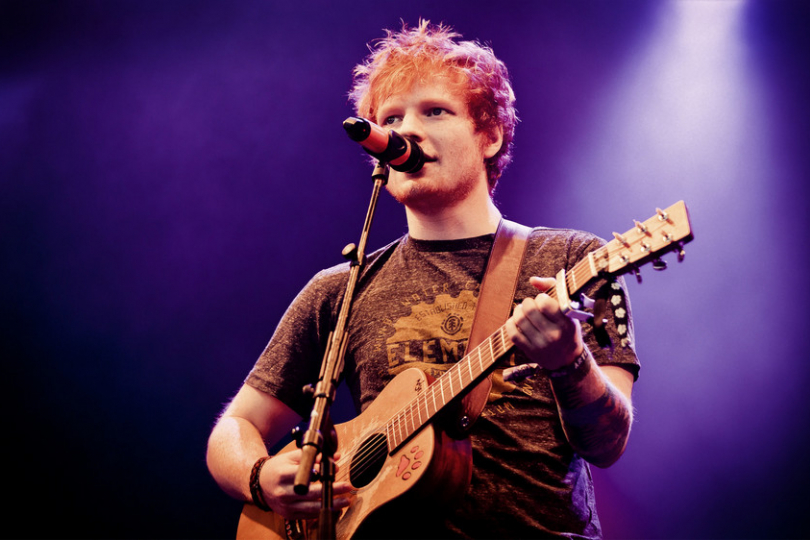 Not until recently did the Verve start getting royalties for their “Bitter Sweet Symphony” due to a lawsuit filed by the Stones. How can you avoid a similar predicament of being accused of musical plagiarism when you're writing your own song and only dangerously familiar motifs pop up in your mind? We'll outline some tips in the following article.

1. Claim that it was you who composed “The wheels on the bus “

You may have heard of Ed Sheeran’s case of alleged musical plagiarism regarding a part of his 2015 megahit “Shape Of You”, which he won recently. Singer Sami Chokri aka Sami Switch claimed that he was the original inventor of the hook “Oh I, oh I, oh I, oh I” since his 2015 song “Oh Why” contained a similar passage. And he filed the suit despite the fact that melodically and lyrically it is not particularly innovative. While Ed Sheeran is tapping his forehead as to why artists have to attack each other instead of supporting each other and focusing on their new work, Sami is watching his considerably growing number of streams of his song and the number of people who even know this bloke exists.

Lesson number one: Come up with a corny musical theme, release it, and then just wait for a music star to have the same musical idea. You may lose in court, but the attention and the resulting earnings will hopefully make up for the damage.

2. Four bars would do

Ed Sheeran commented on the whole aforementioned lawsuit by saying, among other things, that “there’s only … very few chords in pop music... and there’s only 12 notes that are available.” The boy’s right. The tonal material of Western European music, for example, is somewhat... (don’t write “limited”!)... less complicated compared to Middle Eastern systems. Moreover, in pop music, the pursuit of sophisticated harmonic procedures, let alone mutually distinct chord progressions in the verse, bridge and chorus, probably disappeared for good in the late 1990s. Today it is repetitive four-bar units that can be looped, remixed and connected well that are successful.

So why bother with using some extra tonal dominants or similar harmonic atrocities that an average pop listener either won’t notice anyway or at most will think that “this song sounds a bit off-key in this particular place”?

It’s better to create different melodic lines over more or less hackneyed four-bar “rounds”. And no one will drag you to court for it because such practices have become public domain, much like the 12-bar blues progression once.

3. Steal your own music—but discreetly

In the days of J. S. Bach or W. A. Mozart, it was perfectly fine to “reuse” your own work. For one thing, it was quite impossible, for example, to compose a great temple cantata every week for three years in a row without the melodies and harmonies necessarily becoming somewhat repetitive. On the contrary—borrowing your own stuff was welcome because it strengthened the author’s hallmark. And secondly, the notion of ‘authorship’ in the sense of intellectual ownership of an artistic idea only came only into being in the 19th century. Until then, you would have dedicated any royalties for your compositions directly to God, from whom all inspiration came after all :)

In the 20th century, everything changed. It’s good to at least keep an eye on whether you are repeating motifs in songs published by various record companies during your rich career. John Fogerty, former lead singer of Creedence Clearwater Revival, for example, didn’t quite bear that in mind. In the 1980s, he faced a suit from Saul Zaentz, CCR Fantasy Records owner, for the fact that Fogerty’s 1970 song “Run Through the Jungle”, released on their label, resembled way too far the artist’s later hit single “The Old Man Down the Road”, released solo and on a different label. At the time, Fogerty came to the court with a guitar and illustrated his logic of the matter, saying that while the two songs were similar, the similarity was due to the style he called swamp rock, not because of stealing a particular musical motif from oneself.

So if you want to borrow your own music, make sure both songs’ copyrights are registered with the same label, and if you really can’t think of a new, original motif, call this plagiarism a hallmark of your personal musical style.

Was Nelly Furtado and her then producer Timbaland inspired by “Acidjazzed Everything” (2000) by a Finnish composer Janne “Tempest” Suni when writing the song “Do It” (2006)? Like Sami Switch in his dispute with Ed Sheeran, Suni believed that more than a small amount of musical material had been stolen, which is why he brought both Nelly and Timbaland to court in 2007. And like Sami, he lost it. However, in this case, the tribunal apparently dismissed the claim not only because it did not find the two tracks similar enough but also because a known producer of Timbaland’s stature has probably never heard of small fry like Suni and was not familiar with his work.

Ok, so what if it works the other way around? Imagine that as an artist of local significance, you can feel free to take musical inspiration from big stars. If you don’t stir up the controversy yourself, chances are that no one will notice you or care enough to argue with you about the authorship.

5. Be a megastar who cuts corners

Phil Collins, along with Eric Clapton, may have been guided by the motto that the darkest place is under the candlestick when writing the hit “I Wish It Would Rain Down” (1989). Or simply, as renowned musicians, they wanted to pay homage to other musical icons without explicitly saying that it was a pop culture allusion. Either way, the similarity of the song’s chorus to Pink Floyd’s “Wish You Were Here” is rather striking, not only in the melody but also in the lyrics. And what happened concerning this similarity after the song was released? Nothing. Or at least no legal tug-of-war over authorship, although the internet is full of questions about the intentional or unintentional use of a similar idea.

If you check out a few entries on the Sounds Just Like website, you’ll find that rhythmic-melodic motifs, melodic-lyrical phrases and entire arrangements of accompaniments repeat in the big stars’ hits—which may well have come from the same producer-ghostwriter.

Therefore, if you are lucky enough to achieve the international fame of Collins’ calibre, try using a motif from a composition by a similarly famous artist. Maybe they won’t want to get involved in the dispute either—and at worst, there’s always the possibility of an out-of-court settlement, which as a big fish, you certainly have the means to do.

Just don’t steal songs by smaller stars like Sami Switch. They will be ready to fight to be in the spotlight with all their might.

P. S. Have you noticed these strikingly similar examples?

Sheryl Crow: All I Wanna Do vs. Stealers Wheel: Stuck In the Middle With You