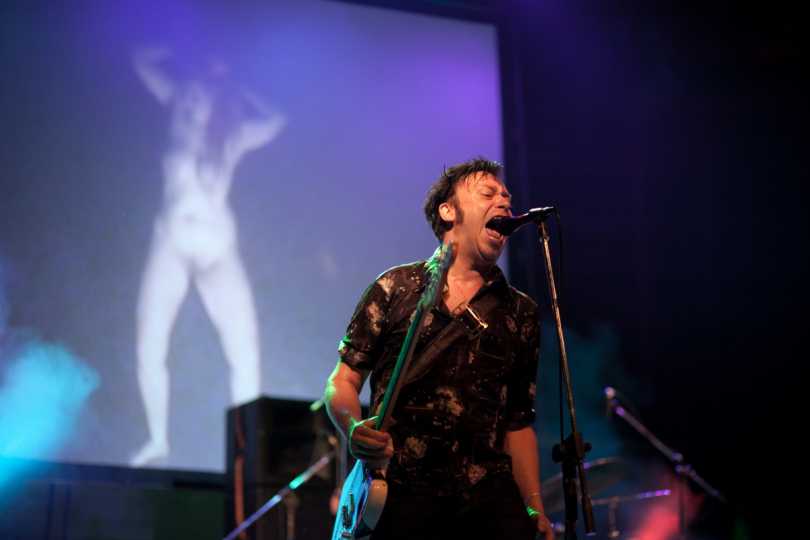 You wouldn't believe how well the seven cardinal (or deadly) sins fit us musicians, too. And now don't anyone pretend that none of this applies to you. Just read it nicely to the end and let (s)he who is blameless cast the first stone... or the tuning fork?

The very first musician's sin has caused many a band to split up. The media usually covers this with terms such as "diverging opinions," "different worlds," or "personal disagreements." Just look at what happened to bands like Oasis or The Police.

There are songwriters who are unwilling to give their song to another band than their own. "It's mine, mine only, and nobody else's!!" They will never give anyone anything and keep everything for themselves. A band like this, even though they might have a creative spirit and strong personalities, will release albums that are somehow unbalanced. See Sin Number One.

Thou shalt not covet thy neighbor's guitar or the lead singer of thy friend's band. Don't get jealous and be happy with what you have—if you keep chasing instruments, you will wind up spending all your energy on the sound of your pickup when you could have been focusing on your new song.

Control your emotions when a drummer interrupts your solo at rehearsal and claims they need to tighten a loose cymbal or a runaway big drum at that very moment. Curb your anger when the festival puts you on at noon instead of prime time. Think of your fans: at noon, they will get a chance to see you sober!

Does serious damage to your creative potential and band rehearsal attendance.

If you don't want to play with your guitar on your hip like the great B.B. King, you need to restrain yourself. Of course, Leo Fender was thinking about these types of sinners when he made belly recesses on his guitars, but the recesses are small, so take care of what you eat. Or drink, for that matter.

And finally, there are those who just don't feel like practicing their instrument because they are lazy. They defend themselves with phrases like: "People who practice just wear themselves out," and "Only the untalented practice". But the reality is that it’s necessary to buckle down and do the work—or you’re constantly going to have to deal with unpleasant surprises on stage.

I have worked for Fender Europe for several years and I’ve been a member of the IFPI Academy of Popular Music. The album Pamäť stromov ("The Memory of Trees”) by my band Aprílové počasie ("April Weather") can be found on Deezer, Spotify, and all streaming services.
RELATED ARTICLES

Are You a Bad Player? Start a Band!
most read news