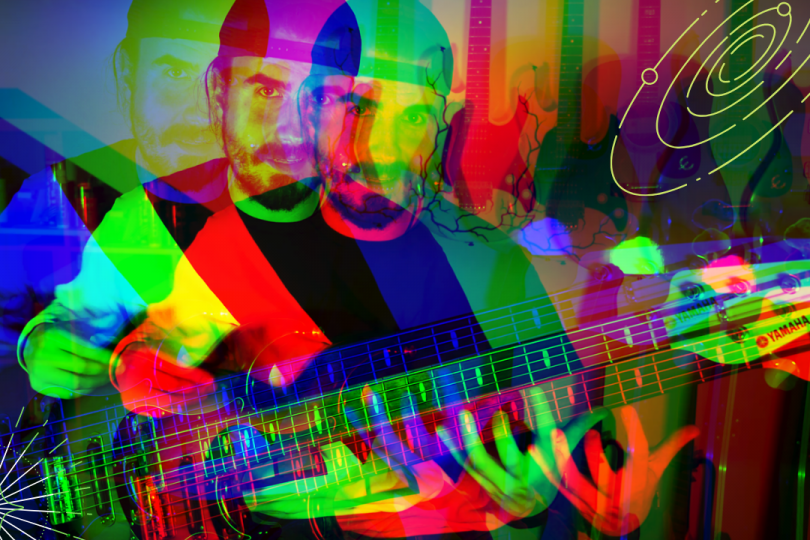 Bass Around the World #20: Tritone Weirdness

The story of the tritone is one of the most famous musical urban legends. You’ve probably heard the story about the "devil’s interval" accompanied by a very attractive legend about the church’s ban on playing it or using it in songs.

But this prohibition was essentially for theoretical reasons and not because of the sound of the tritone. The Pythagorean system with the circle of fifths doesn’t close with a tritone so it was breaking the rules in that sense. Otherwise, if you want to think about a dissonant crunch, the minor-second interval is way more disturbing for our ears but no one made that diabolical. Some myths are just too strong and easy to remember and they will be with us forever.

The boring and simple truth is that the tritone is an augmented fourth or flattened fifth interval. The name "tritone" was derived from the logical steps you make in order to achieve its "devilish" sound. For example, if you take three whole tone steps from C, it creates the sequence C-D-E-F#—so C-F# is a tritone interval.

Let’s bust another myth about the dissonant character of this interval. It is all about context—when you add a D bass note to C-F# tritone interval you’ll get a very funky and pleasant sounding D7 chord.

We’ll have some fun with minor thirds, aka the diminished scale, which we’ll be playing from F#. It is a symmetrical four-note sequence which is an awesome source of tonal material for rock & metal progressive riffs.

Start by playing an F#-A-C-Eb sequence around the neck. Explore all the possibilities using just your index and pinky finger in your left hand. Another cool sounding exercise is omitting the second and fourth notes (A and Eb) which creates a criss-cross style of tritone sequences on all strings. You can shift this shape around the neck in minor thirds so you keep that diminished sound, or simply have fun exploring your own combinations—use semi-tones, whole-tones or any hybrid combination of intervals.