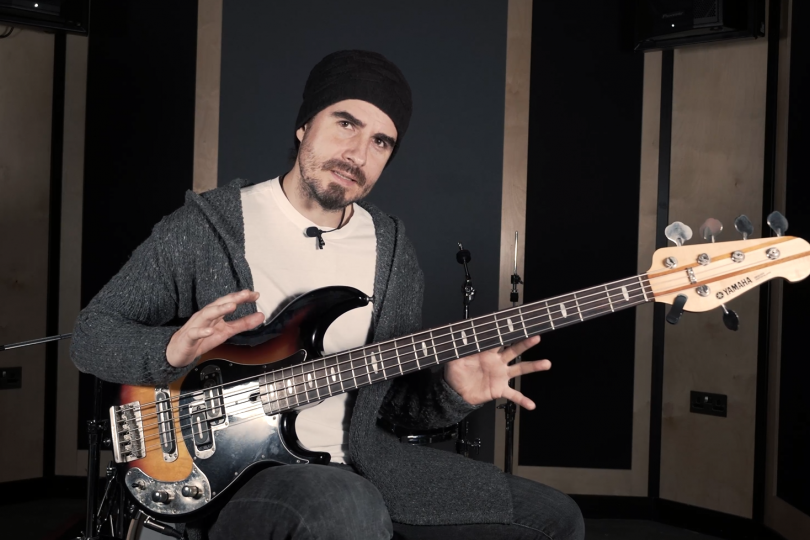 We will learn how to play at least three different fingerings and positions on the neck. Start with a basic one-octave box, i.e. a C major arpeggio, with the C played an octave higher, is easily played on the third fret of the A string or the eighth fret of the E string. Of course, aim for all twelve keys or as many positions as you’re capable of.

The second variation is played on all four strings, starting with our C major arpeggio. You’ll always need to start on the E string as you’ll be playing all notes within box logic like this: C & E on 8th and 12, G on the 10th fret on the A string, C an octave higher on the 10th fret on the D string, and finally E & G an octave higher on the G string.

Bass Around the World #25: One-String Riffs