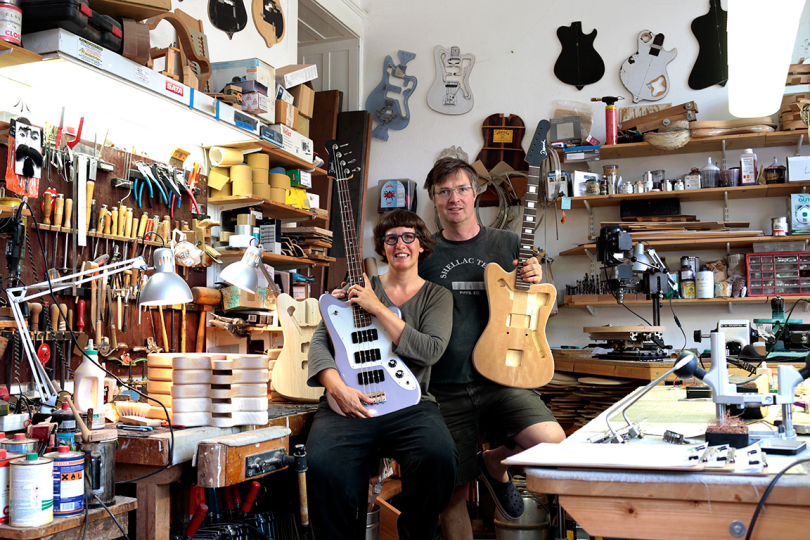 Innovation is not easy, especially if you are an established company and your fans have clear expectations. You can do your best and still may end up hearing disparaging comments on your product and then, with your tail between your legs, return to imitating what made you famous in the beginning. This is the case of, for example, Metallica tweaking their sound on St. Anger for the umpteenth time, or brands like Gibson that have experienced that, too. As long as they're churning out instruments in the specification of the famous '58 and '59, it works like a charm. But God forbid they try to incorporate a modern element. Now, this is precisely where boutique makers have a chance – they build their brand up to their expectations, so nothing is stopping them from using the technology to its full potential. And few have grabbed at this chance more firmly than Frank Deimel with his Deimel Guitarworks brand.

Some guitar makers build on original shapes, others on the most classic rendition of established guitars. Deimel’s instruments have their own way. “Our focus has always been on creating a modern design frame where our customers are free to think about their desires, their dream guitar, without having to reinvent already invented shapes every time or to copy historical ones,” says Frank Deimel, who together with his partner Kora Jünger is responsible for the heading of the Deimel Guitarworks brand.

“We love the golden era of the electric guitar from the 50s and 60s, which basically laid the ground for successful designs and outstanding product quality. As an industrial designer, I respect the historical meaning and the symbolic value connected to traditional shapes. But while growing up in the 80s and 90s, I saw that the big success of these “classic” designs also meant they never got changed or altered the way needed to suit the creative side of things,” Frank adds. 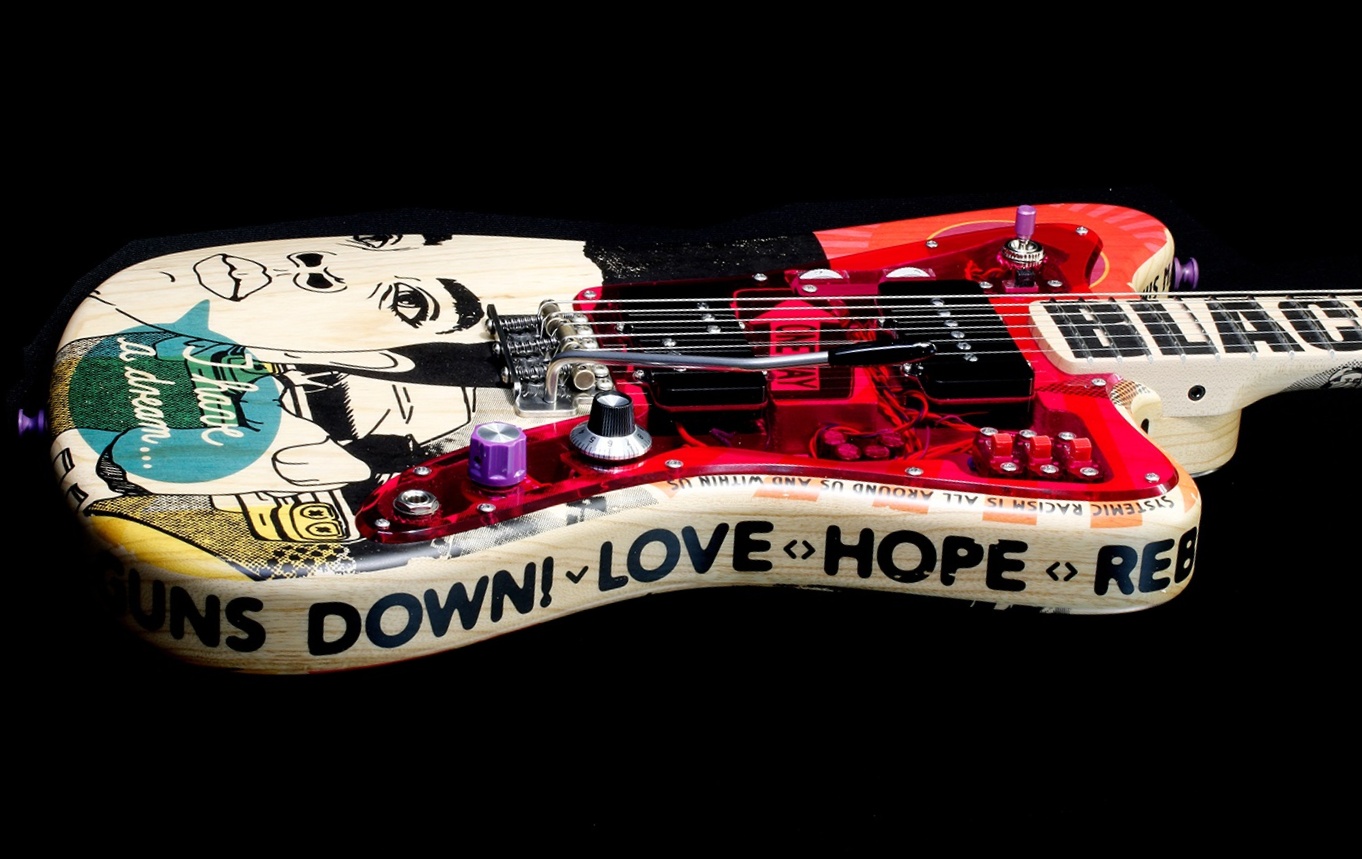 The creative side of things

If Frank felt that artists lacked innovative elements that would allow them to express their ideas, then we can definitely say that he remedied that with vigour: “I think once you separate yourself from the tight concept the guitar has been cast into and see it from a distant and more conceptional way, it begins to become something different, and in our case rather an open, interactive user interface. Then the ever ongoing wallowing in the past becomes a new horizon, by standing on the shoulders of the great past, but making it meaningful for today.”

His instruments provide just about every conceivable way of sounding. Would you like a piezo pickup that would make an electric guitar sound like an acoustic? “Oh, of course,” would be the reply on the phone. Deimel offers two of them – one in the guitar body and one in the head. Separate switching is commonplace. The pickup behind the bridge, so popular in various ambient and shoegaze applications, in combination with various effects filling dreamlike layers, is also on offer. And add the Pickup LesLee, an innovative tremolo built right into the guitar!

“What determines a great vintage tone cannot be altered, what improves the signal towards a yet unheard tone, get’s a spotlight. So we look out to achieve the same signal quality as in the good old days of tube radio and analogue devices, but if there are chances to combine it with a unique or inspiring tone, we explore it,” Frank explains his approach to innovation, adding that the Pickup LesLee is the brainchild of his friend Pascal Stoffels, with whom Frank worked in Berlin.

The current look may not be the last say in the development of this effect: “A very good example of further exploration is our latest guitar called Spark. As the behind bridge pickup was already fun to mix with the LesLee, how about preselecting any other source with each other, like piezos, internal reverb tanks, big tension springs inside the body? That all can be dialled by a ten-position switch, resulting in a pre-mixed signal for the LesLee to process it. A lot of fun all of a sudden,” Frank laughs. 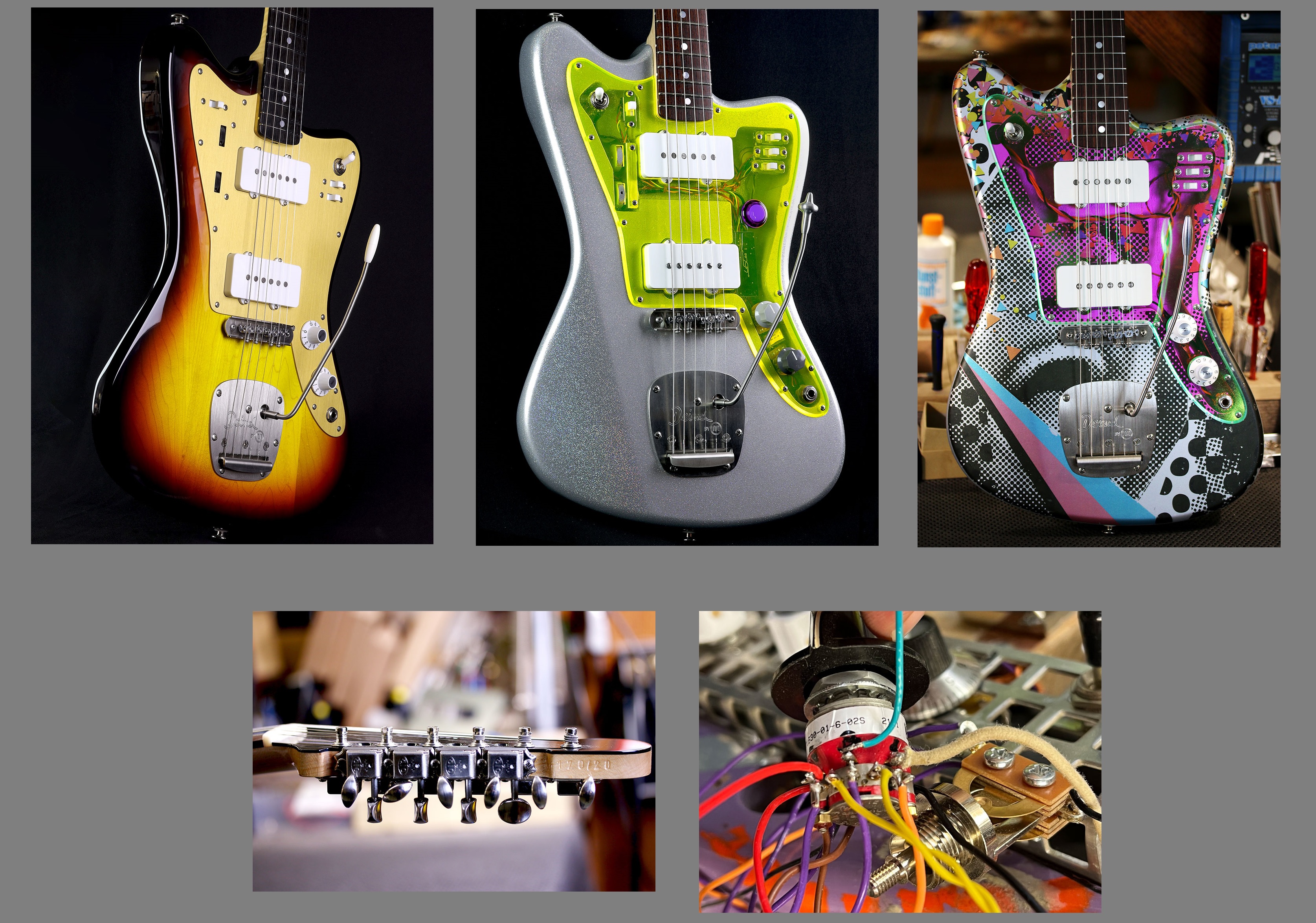 Deimel Guitarworks offer a range of guitars based on the Gibson double cut Les Paul Jr., the classic Les Paul single cut, the Fender Thinline Telecaster and even the offset bass. The biggest draw, however, is undoubtedly a guitar called the Firestar. It proudly admits to being inspired by the iconic Jazzmaster but with a clear purpose that has nothing to do with mindless copying. “One of our first ideas to market the Deimel Firestar has been to be ‘an inspiring tool and a mirror to your music’,” Frank explains.

“Kora and I decided to sum up the best ideas to create an offset guitar with the idea of expansion. Offset guitar designs, in general, seemed to be the main focus of independent and alternative guitar players anyways, still trying to get the coolness factor but often identifying all the switches and functions as odd and useless, mainly covered with Gaffa tape or demounted, not to hurt their hands on sharp-edged knobs standing in the way of their protruding playing style. So why not make use of this concept, and overhaul the idea of accessing new sounds right on the guitar by installing useful gizmos?” 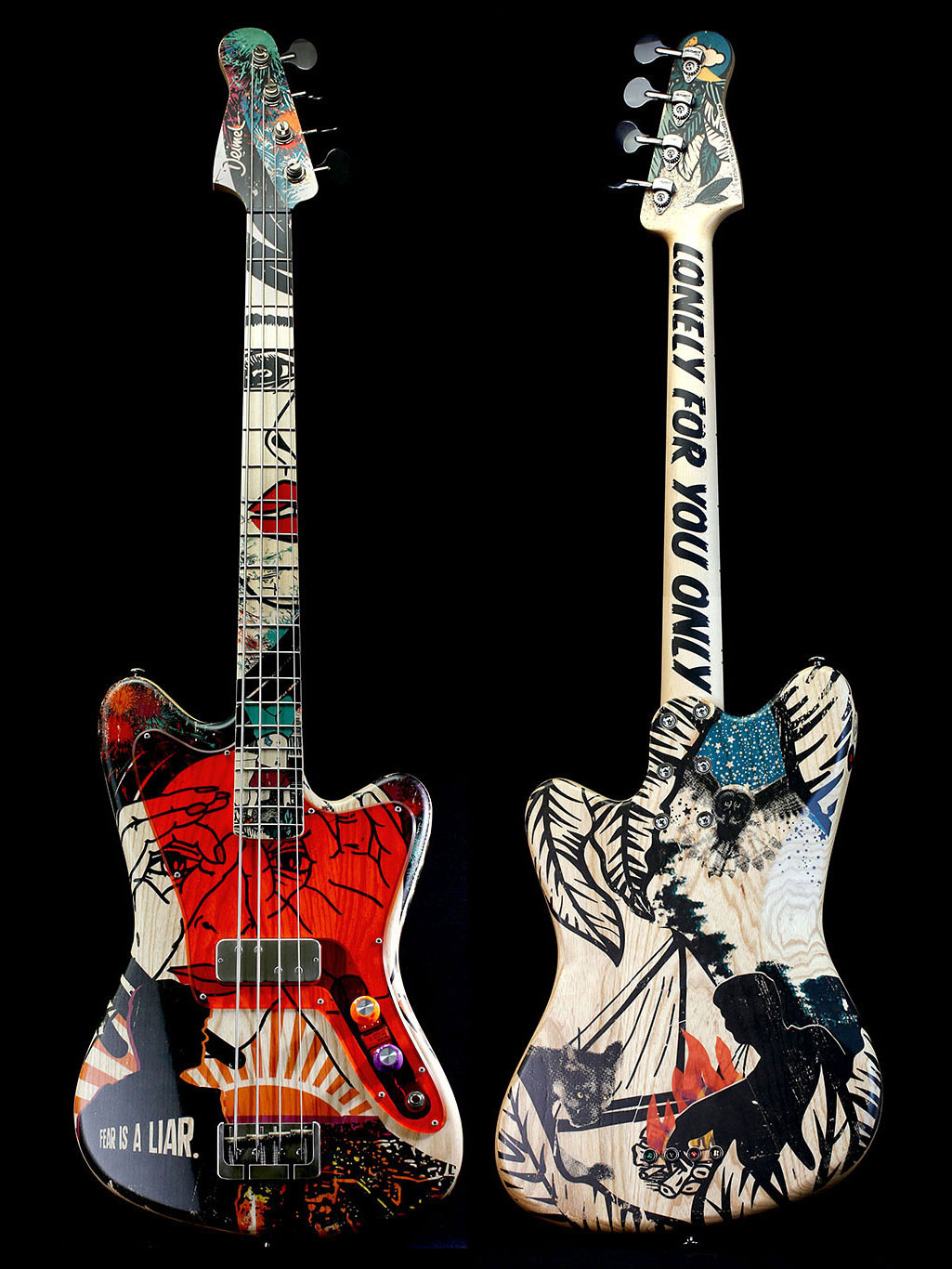 The significant advantage of choosing this base is that the switches and specific pots on the Firestar don’t look like “off” elements. So the guitar can provide all sorts of new features and still look like a reissue ’60s guitar. At the same time, its timeless shapes can take a bit of a rougher “makeover”, including Deimel’s typical use of a coloured plexi pickguard to expose the guitar’s innards, modifying it to a ten-string option or incorporating all the various pickups and switches mentioned above.

The aesthetic highlight of the Firestar series is undoubtedly the Artist editions, created by Deimel co-author Kora Jünger. Here too, the inspiration from the classic is clear, with collages reminiscent of Roy Lichtenstein’s comic pop art often commenting on current issues such as racism or war, themes that also fit in with the era of sixty years ago... Well, as they say: “Plus ça change, plus c’est la même chose,” or “The more things change, the more they stay the same.”

I have always loved music. And live instruments.
RELATED ARTICLES