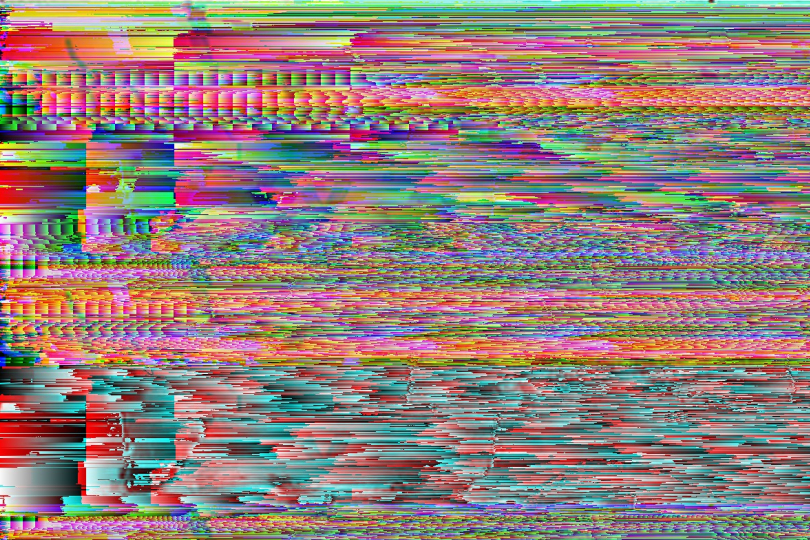 Milestones in Music History #20: Glitch. The Beauty of Imperfection.

The indie phenomenon changed the way we perceive, produce, create and express music. A new era had arisen, where musicians could dare, and boundaries among genres and subgenres became smaller and smaller. Sound itself became eviscerated, peeled layer after layer, to the bone. From the 90s, interest in experimentation grew, and this showed a completely different approach of the artist to their musical instruments. More than that, these factors provoked a discourse that focused, almost philosophically, on the research of that sound. Music got closer to the sounds of nature, but also to art, and it became a tool for expressing beauty. Not perfect beauty, though—the beauty was found in the incomplete, the ugly and imperfection.

Do you remember the very first episode of our Milestones? There is apparently a chronological abyss that lies between the futurists and the contemporary era. As a matter of fact, history shows quite the opposite, and how Luigi Russolo & Co. had a fair intuition about the sound of the future. As music embodied and even underlined imperfections, noise appeared in the context as a fundamental tool of expression. And that is the point from where glitch music started.

Looking at the reference for the word glitch in the Cambridge Dictionary, the first entry says: "a small problem or fault that prevents something from being successful or working as well as it should." A malfunction or a technical hurdle, so to speak. In our times, the kind generated by skipping CDs, computer crashes, software bugs and system errors. These noises started then to represent a new way of interpreting sounds. Sometimes, glitch artists voluntarily used broken devices, such as hardware, toys, and electronic gear in the most disparate and diverse meaning of the term.

Everything started with Russolo’s Intonarumori, mechanical noise generators, which he built to use in some compositions, for example, "Risveglio di una città" ("Awakening of a City") and "Convegno di automobili e aeroplani" ("The Meeting of Automobiles and Airplanes"). And of course, it is fundamental in his manifesto (ad hoc) L’Arte dei Rumori (The Art of Noise), a pamphlet where he explains that noise is a thing of our century because in the past human beings were used to the pure sounds of nature, while now we approach what he defines as noise-sound. Thus, he states that "this revolution of music is paralleled by the increasing proliferation of machinery" and that "we must break at all costs from this restrictive circle of pure sounds and conquer the infinite variety of noise-sounds."

And this project came to be realised, many decades after Russolo, in the 70s, with the use of malfunctioning devices. Listen to "The Best Way to Travel" by The Moody Blues, where Mike Pinder, the founding member of the group, keyboardist and noisemaker, used something that is clearly broken or not well fit. Some years later, visual artist and composer Christian Marclay invented a new way of approaching turntables, by mixing them together and creating dissonance and noise, something that Russolo would have surely appreciated. The result was phantasmagoric, as multiple noises overlapped, giving life to irregular and unexpected melodies.

Yasunao Tone was a central member of the Group Onkaku (a Japanese noise music and sound art collective), and also a member of the Neo-Dada Organizers. The latter was a group engaged in disturbing shows and extreme artistic performances, like destroying physical objects, demolishing furniture and using the body as an art medium—which was defined as a form of "anti-art" (han-geijutsu)—but that was also an expression of protest at the political situation of the time, in particular the enormous Anpo protests against the U.S.-Japan Security Treaty.

In an interesting performance from 1985, Techno Eden, Tone used some damaged CDs to create his squeaky striding glitch sounds. Some years later, some skipping CDs alongside a string quartet are the combination of the compositions of It Was a Dark and Stormy Night, Nicolas Collins’s 1992 work.

However, the first glitch album is arguably Oval’s Wohnton, from 1993. But in the 90s more examples of the genre emerged, to mention just a couple of them, both released in 1994, and very diverse from each other: the album Dressing for Pleasure, by trumpeter Jon Hassell, a funky trip-hop jazz record, which features the sound of skipping CDs, and was the first example of aesthetic ambient sound; and the electronic soundtrack for the videogame Streets of Rage 3, made by Yuzo Koshiro and Motohiro Kawashima, which used randomised sequences to generate experimental and weird sounds.

The earliest use of the term "glitch" in music comes from the same year, with the song "Glitch" by Autechre. It was used again the year after, in 1995, by Coil (appearing for the occasion as ELpH vs. Coil), for their album Worship the Glitch. The term was used in various titles, most recently with V V Brown's third album Glitch from 2015, and two songs from 2017 and 2019, the first one by Chon, and the second by Martin Garrix and Julian Jordan, both named "Glitch."

In more recent times, with the development of digital media and virtual music production, the success of glitch increased exponentially. Circuit bending, digital sampling, micromontage, texture and granular synthesis, digital signal processing, sound from malfunctioning devices and skipping CDs can be now processed and reproduced, even created with the same quality as the original "physical" noise.

At the beginning of the 2000s, glitch hop was also born, a genre that mixed hip hop with synth-driven technique and with sound design, which was initially associated with IDM, an experimental music subgenre. EDM music and sound collage also came to life from this process. Today musicians like Alva Noto and Ryuichi Sakamoto are some of the most representative of the genre, and records like Vrioon or Glass, both born from their collaboration, are meaningful examples of how glitch has evolved up to today.

Glitch is an essential music phenomenon nowadays, as an expression of the post-digital era, and a representation of a world which is not perfect anymore. It might be still possible to create beauty in art, but this art has to be represented in an "uglier" way, to be a faithful mirror of our reality, which is, in fact, quite ugly. Glitch music elevates the ugliness found in the outer world to beauty, making failure into a kind of perfection.

It became, in my opinion, the best possible medium to describe our century, with its contradictions and its imperfection. In our next Milestone episode, we will go back in time to what is arguably the very first electronic instrument in the history of music. We will talk about Václav Prokop Diviš and his genius invention.

How is glitch music created today? Is imperfection really the only possible way to describe beauty in our contemporary era? What can we consider "failure" in music composition? Is glitch destined to change in the future? Is ugly the new beautiful?