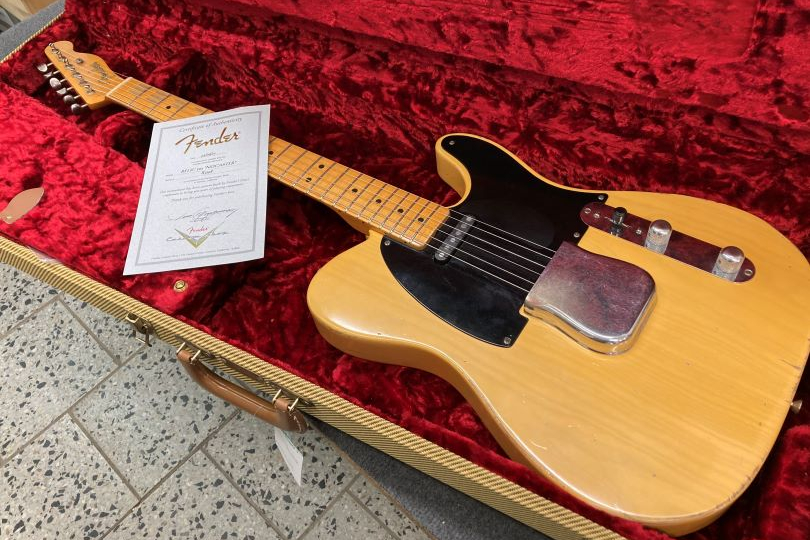 The work of these guitar makers proves that even now it is possible to produce high-quality guitars which are in great and long-term demand.
Zdeněk Lev - Thu, June 16, 2022 - 08:00

These are some of the finest guitars on the market. They're loved by guitarists all over the world. They are made with precision and attention to detail. When you get to try them out, they are a joy to play. Fender Custom Shop guitars have been with us for thirty-five years and they still have something to say. Why did the Custom Shop come about and why is it so important today?

Stages in the development of Fender

The history of Fender can be roughly divided into three stages. Their description can help us understand the purpose and vision of the Custom Shop which did not emerge by chance—it was based on the needs of the times and the state of Fender as a company. 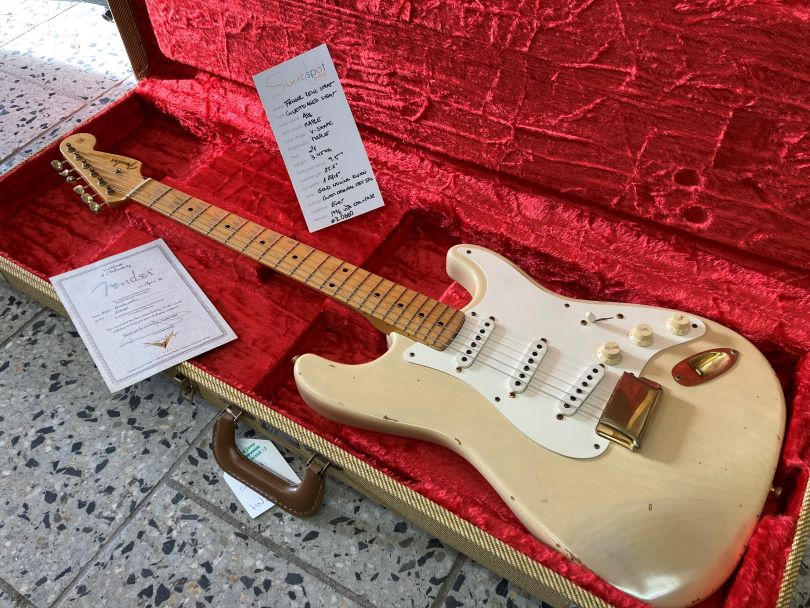 The era of Leo Fender until 1965 is considered the golden age of the brand. Guitars from this time are the most valued by collectors and all reissue models worthy of attention are copies of instruments made during this period. It was an exciting time full of innovations and revolutions, a process of approaching the needs of guitarists. At the same time, there was a big emphasis was on quality.

In 1965, Fender was officially taken over by CBS. Within twenty years, the corporation made Fender a declining brand. The emphasis was on other priorities: production increased, guitar production time accelerated and costs reduced. All of this is the exact opposite of Leo Fender's vision. The question is whether such a development could have been avoided in the first place. Perhaps it was simply the logical outcome of all the circumstances. In any case, this change of management meant a decrease in the quality of the guitars produced. With a faster production process, you can't keep an eye on the details and you can't keep the quality inspection at a high level.

In the early 1980s, CBS was wondering how to get rid of Fender. In 1984, a group of former Fender employees managed to buy Fender from CBS. In my opinion, the vision and proactivity of these people not only got Fender back in the limelight but probably really saved it as a full-fledged brand.

From that moment on, almost everything changed. Quality inspections got new and stricter parameters, the production process was streamlined, and vintage series and reissue models revived the golden era guitars of the 1950s and 1960s. Fender started to make a difference again. Production officially went to Japan where the still now under-appreciated models were made.

Further, the history is well known. Fender currently manufactures in the USA and Mexico. All kinds of models have been available since the 1990s. In recent years, Fender has experimented a lot with combining several models in one (Parallel Universe series) which has really worked in several cases. 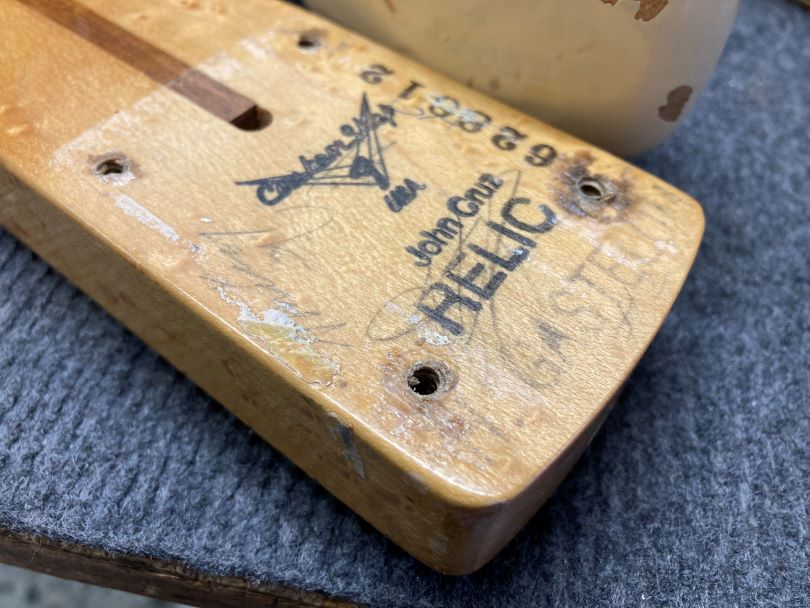 Series production back in top quality

The above-mentioned stages represent mainly the gradual development of modern series production. This brought Fender to the bottom of the quality ladder at the turn of the 1970s and 1980s. After 1984, following the buyout of the brand from CBS, the process started from scratch but the whole procedure was made easier by the fact that the new Fender management knew what they wanted and what they were going to build on. Serial production logically went to Japan, reissue models were created, proven designs returned and things could get back on track.

Series and mainstream production were mainly focused on copying a few popular models, such as the 1957 and 1962 Stratocaster. The construction of the instrument was now back in line with those years—in particular, the neck was anchored to the body with four screws. The layers of lacquer were not as thick as in the 1970s and quality inspection and output standards rose to a professional level. The details of manufacture and construction were modified according to the original models. This was enough to satisfy both the quality aspect and the mass production requirement. All this was then reinforced by the American Standard series. These models were affordable and the quality was sufficient. The mission of returning to the limelight in series production was accomplished.

Concept of the Fender Custom Shop

But there was another vision that went the opposite direction, against the spirit of quantity and mass production. The idea was that the guitarist would not have to choose between ready-made models in the shop. Instead, the guitarist was to become the one who dictated what his guitar should look like, what it would be made of or what specifications it would have. The year was 1987 and the Fender Custom Shop was born.

Fender got one important thing right: guitarists still admired guitars from the golden era of the 1950s and 1960s. But they were becoming increasingly unavailable—first, there weren't that many pieces, and second, if anyone owned them, they didn't want to sell them. As a result, Fender decided to move closer to these old models.

However, the management faced the challenge of how to make it all work from a business perspective. How to produce guitars according to the previous standards without disrupting the mass production and at the same time maintain the quality and attractiveness of the models? This was a big challenge that required a real dose of skill and expertise because the first customers were professional musicians who had the highest standards. 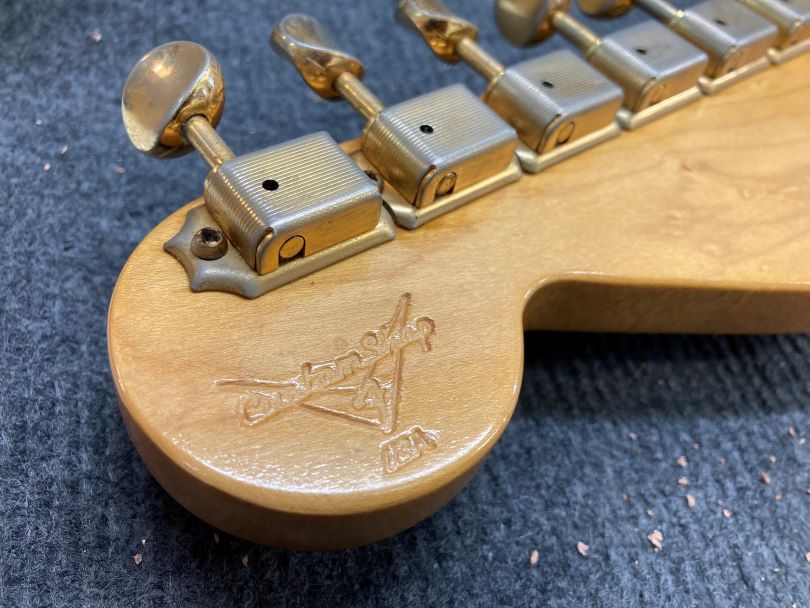 The beginnings of the Custom Shop

An interesting perspective at the very beginning of Custom Shop can be found in an article on Guitar.com which contains an interview with the founders themselves. It describes two important things. Firstly, the Custom Shop is considered to be the imaginary jewel of Fender. In the words of the management, at first, it was not even important whether this project would be profitable or not. They simply gave the whole project a chance and a budget. And secondly, it was crucial to be able to meet the individual demand for custom guitars—to be able to make anything and to make it well.

It all worked and the Custom Shop became an incredibly desirable thing. In the beginning, no one could have imagined how big the project would grow. It's all summed up in the above-mentioned article by Michael Stevens, one of the founders: ''Greeted the new girl behind the desk, and was about the head on into the building when she stopped me. 'Sir, do you have an appointment?’ I gave her my name, and she said, ‘Oh, you get more phone calls than everyone else in the office combined!'''

The Custom Shop's workshops were staffed by the best guitar makers who had been creating great models from the start. The first guitars were made for Eric Johnson and Eric Clapton. Then David Gilmour, Pete Townshend and others joined the ranks.

For founders Michael Stevens and John Page, starting the Custom Shop was a dream come true. Stevens himself recalls that during 1989, when they were hiring new employees and he had many meetings with all the builders, he realised that he had become a real part of Fender history, that he himself was helping to elevate the brand back to where it belonged.

Stevens mentions one more interesting situation which turned out to be crucial. In 1986, he and his Flying V won the "Best of Show" at the Dallas Guitar Show. Subsequently, Gibson contacted him about the Custom Shop concept and asked if Stevens would like to work for them. However, he eventually decided to work for Fender. 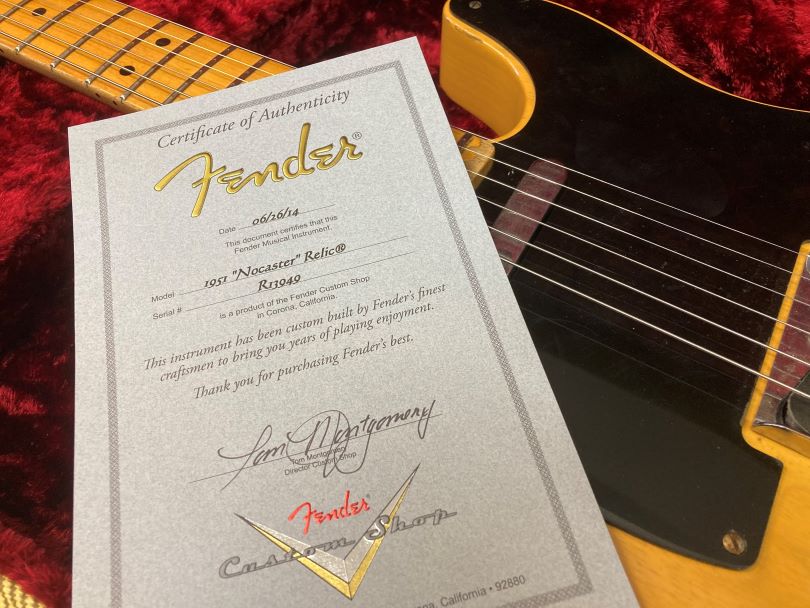 Fender Custom Shop and its legacy

The reason is simple. Nowadays, we are witnessing mass production of cheap guitars whose quality wavers like a sine wave. The Custom Shop has taken the opposite path: quality and craftsmanship with attention to detail. They work with the same equipment as fellow guitar makers in the 1950s and 1960s.

The work of these guitar makers proves that even now it is possible to produce high-quality guitars which are in great and long-term demand. And the fact that something like this is working today is wonderful and, for me, very inspiring.