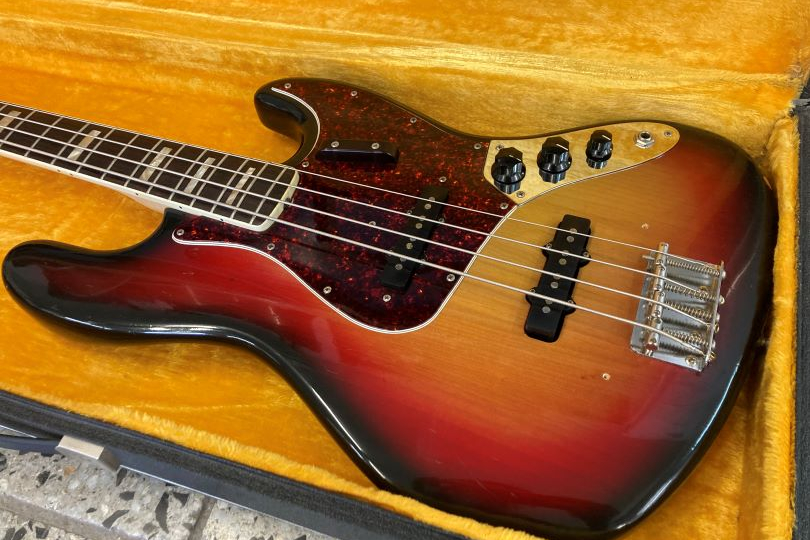 Under the Hood #23: Fender Jazz Bass

In the late 1950s, when Fender introduced its revolutionary electric guitar and bass models, another crucial instrument was born—the Jazz Bass. It complemented the Precision Bass in order to make the bass more accessible to a wider range of players.

By the end of the 1950s, Fender was in full swing and increasingly more and more musicians liked the brand's models. Several electric guitars and one bass guitar were in production. However, Leo Fender was not lulled by success and kept inventing new things. So when a competing bass model from Rickenbacker came on the market in 1957, Fender introduced the deluxe Jazz Bass model in 1960 in response.

The Precision Bass was very popular with musicians because it was practical in every way. However, there were still a few things that could be improved. Fender modified the Precision several times during the 1950s, but in principle, the model remained the same and very simple. It had a single pickup, simple controls and a thick sound and it looked good.

In contrast, the Jazz Bass had two pickups, a more offset design, a more comfortable neck and practical and modified sound controls. It can't be said that the Jazz Bass was an improved Precision—rather, it took its potential to the next level. Both basses were excellent but each was different in sound and design. Thanks to that, Leo Fender once again made the bass more accessible to a bigger number of players. 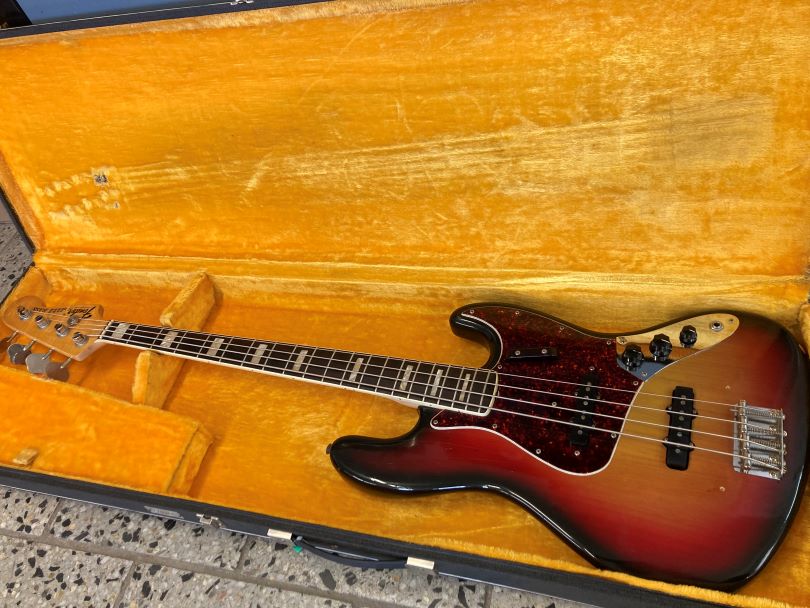 The design of the body was offset, which made it both good-looking and comfortable to play when sitting down. It had a neck pickup on the tortoiseshell pickguard and there was another bridge pickup in the body of the guitar next to the bridge. The original model had a separate electronics cover with two, later three potentiometers, a much narrower maple neck with a rosewood fingerboard, reverse tuning machines, a strap catch on the back of the headstock and a finger rest under the G string. The finish was nitro lacquer in sunburst, blonde and custom colours.

The most significant change from the Precision was the addition of one pickup. This provided a wider sound spectrum. The neck pickup had a similar, thick and round sound on both basses. The Jazz Bass also had an additional bridge pickup which added a whole new character to the bass. The position closer to the bridge gave the pickup sound more dynamics and treble.

Both pickups had two poles for each string. This achieved a unique and thick sound.

In 1972, the position of the bridge pickup changed. Along with this, the character of the sound changed. The pickup was moved 4/10 inch (10.1 mm) closer to the bridge.

In 1983, the colour of the pickup covers, pickguard and potentiometer cover changed to white. To this day, these models are still quite sought after for their unusual design. You can find this and other similar specifications of various Jazz Bass models in a nice article on the Fender fan site.

The Jazz Bass comes with metal covers for the pickups and the bridge. Today, this is mostly a design element, although the original intention was to achieve greater volume. A damper was placed under the pickguard to dampen the vibrations of the strings and thus affect the resulting sound. However, even this did not meet with much success. 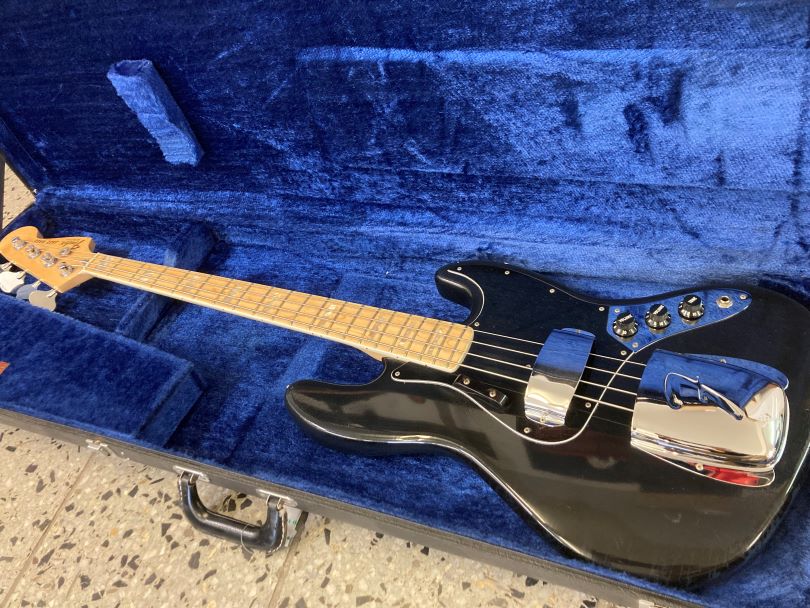 The icing on the cake with this bass was the use of the potentiometers. The first models up to 1962 used split dual potentiometers, one for each pickup. The potentiometer controlled both the volume and the tone, so the player could simply adjust the sound ratio between the pickups as desired, both in terms of volume and tone.

The Jazz Bass also differed from the Precision in neck shape. The Precision had a thick and powerful neck. While this was comfortable for many bassists, to attract a new generation of players, Fender made the neck more comfortable for musicians who were not used to the massive necks of double basses.

The neck of the Jazz Bass was significantly thinned at the zero fret. As a comparison, I'll list dimensions drawn from another comprehensive article by Jeff Owens, this time on the history of the Jazz Bass. The Precision had a zero fret width of 1 and 3/4 inches (44.45 mm) while the Jazz Bass was 1 and 7/16 inches (36.5 mm). So the difference was almost 8 mm which is a lot for a guitar (bass) neck.

The Jazz Bass provided a more comfortable playing experience thanks to the new neck. Even musicians with smaller hands could play it with ease.

Until the mid-1970s, the neck was bolted to the body with four screws, which ensured its stability. After that, most Fender models switched to a three-bolt neck, which was not met with success. By 1983, the four-screw design was back and the world was okay once again.

In 1966, white binding around the fingerboard appeared and since 1974, this feature has been available also on maple fingerboards, along with position markers in the shape of a large rectangle.

Typically, the Jazz Bass had a rosewood fingerboard whose design changed in the first half of the 1960s along with all the models Fender offered. In the 1970s, a version with a maple fingerboard appeared.

The scale was the same as the Precision, 34 inches. 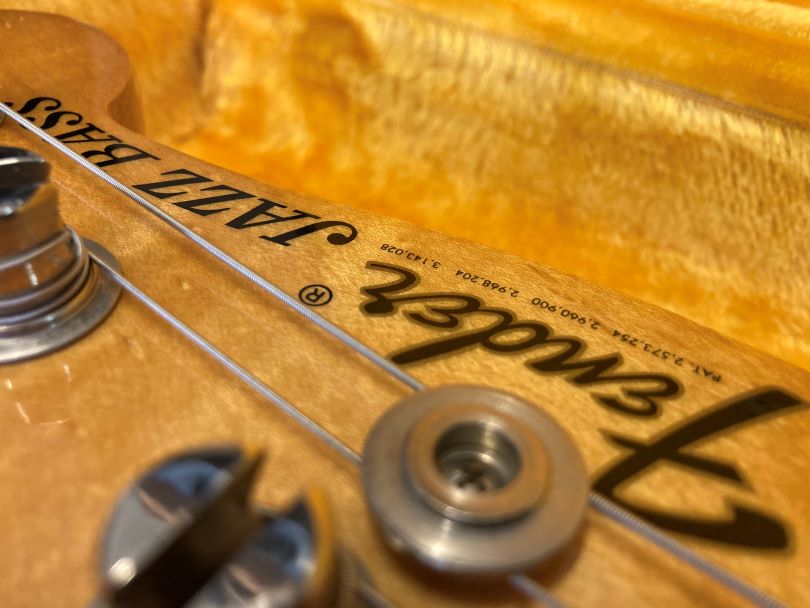 Jazz Bass colour modifications in the early years of production

At the time of its release, the Jazz Bass was available in sunburst and blonde (the classic yellow of the Telecaster or early Precision) or customers could choose their own colour.

The sunburst version cost 279.50$ and the blonde or custom colour version could be found for 293.47$. The price difference was not that great, which is why basses from that era can still be found in several colours.

Within a year of its introduction, the Jazz Bass was available in fourteen colours. A few of these offered a matching headstock, which is still a very attractive and popular design today. 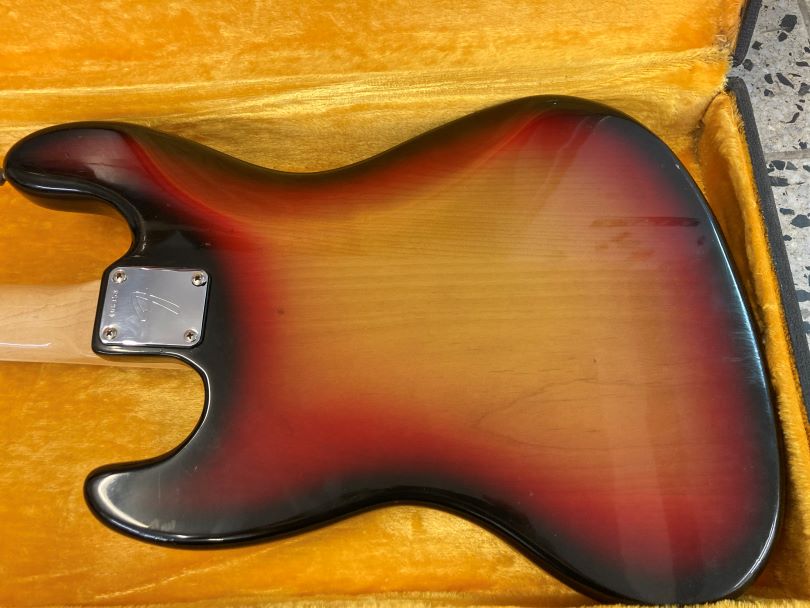 The Jazz Bass complemented the portfolio of Fender which thus offered a very versatile range of products. Anyone who wanted to play guitar or bass could choose from a fairly wide selection of models. Of course, the choice was better with guitars, but in the case of basses, just two models were enough to satisfy a player's needs.

Even according to Leo Fender, the Fender Jazz Bass was a luxury model that upgraded rather than simply complemented the Precision Bass. Both models have won the favour of many artists and fans over the decades to the present day and many seminal recordings of all genres have been recorded on these models.

Under the Hood #24: Fender and the First Signature Guitar of Eric Clapton

Under the Hood #22: Fender Precision Bass and Its Evolution

Under the Hood #21: How and Why Fender Japan Was Founded
most read news