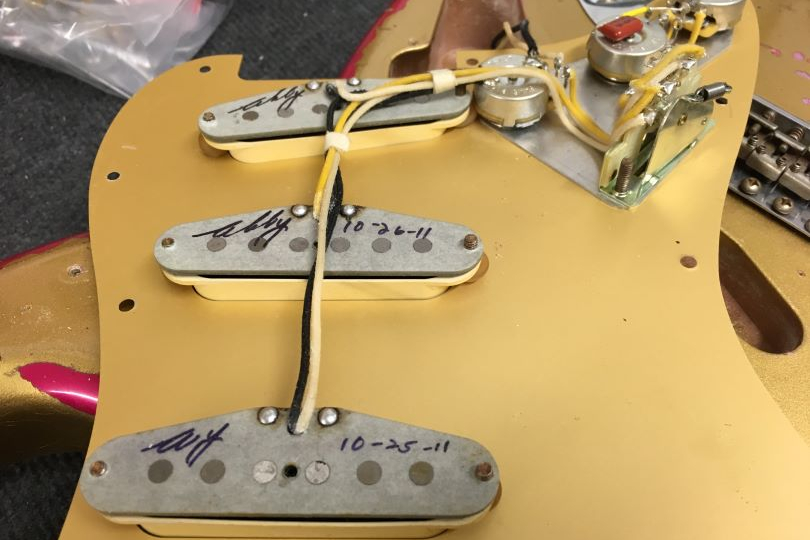 When you combine 57 years of experience and the principles taught by Leo Fender's old school, you get a sound that is appreciated by guitarists all over the world.
Zdeněk Lev - Thu, November 03, 2022 - 08:00

Try to imagine working at one company for fifty-seven years. And try to imagine that for most of that time, you've been in the same department, doing the same job. Many of us probably wouldn't last, but some give their all to their work and, as a bonus, become true legends. One such legend is Abigail Ybarra, the woman who made a name for herself winding pickups for Fender.

In 1956, George Fullerton hired Abigail to work at Fender. At first, she didn't do pickups, but other work. It was common at this time for employees to rotate through multiple locations in the factory, so it could take a while to settle into one position.

Abigail, who recalls her early days in a short interview, came to Fender through her cousin Corin. She had worked at Fender before and was now applying for a job there again. Abigail went for an interview with her and eventually, they hired her instead of Corin.

JHer first jobs in the factory involved necks and fretting, followed by small jobs assembling parts in guitars. As she says, it was very attractive to work for Fender at the time. The factory offered quite a lot of money. In those days, Fender employed a lot of women doing pickup work or soldering and assembling electronics. At that time, it was believed that women were more suited to these finer jobs.

In 1958, Abigail started to wind pickups. And she stayed in that job until 2013, which is a truly impressive accomplishment.

In the early years, pickups in Fender were wound by hand. This technique wasn't as fast as machine winding, but it gave the pickups a sense of uniqueness - hand winding made each pickup a little different. That's why hand-wound pickups from the 1950s and the first half of the 1960s are so sought after. It's because of their individuality and uniqueness.

From 1965 onwards, the pickups began to be wound by machine. This happened under the leadership of CBS when all operations started to be automated, costs and production time were reduced and quantity increased at the expense of quality. Collectors and musicians are not that much interested in these pickups because they are one like the other, with the same number of turns and so on.

The manual winding of pickups only started again in the Custom Shop at the Corona factory in the second half of the 80s, which is where Abigail was recruited. 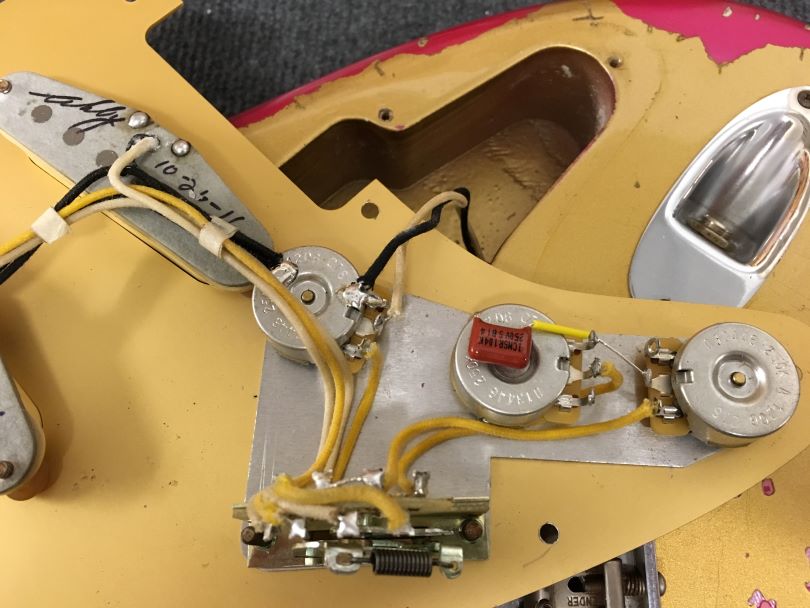 Why did Abigail stay with the pickups for so long?

Abigail herself gives a simple reason for staying in one job for so many years. A lot of the other women in the factory couldn't hold down the same job for long. So they either moved on to other jobs or quit altogether. But Abigail didn't mind the job, she loved doing it.

With CBS's leadership at Fender, the previously common transfer of employees from one department to another was no longer possible. That was one of the reasons Abigail stayed where she was. In addition, she was getting better at winding pickups, had a low error rate and her pickups were of decent quality. And that was the beginning of the legend that Abigail and Fender built for decades afterwards.

Abigail learned to work with pickups from Pilar Lopez, a colleague who wound the pickups before her. And interestingly enough, Pilar learned directly from Leo Fender. So there was the ground for honest and proud work full of enthusiasm - precisely what Leo Fender knew how to pass on to the people in the company. Abigail is a great example of that. She mentions the atmosphere at Fender and Leo Fender's approach in a short video for NAMM.

After several more decades of experience, Abigail got a colleague, Josefina Campos, to teach for three years. And in her own words, she taught her exactly in the old-school style of Leo Fender. It was all about doing the work accurately, achieving high quality and taking pride in it. So Josefina had the opportunity to learn from someone who had lived through the golden era of Leo Fender and who had come into contact with Fender on a daily basis at work. This was quite rare after all that time.

Josefina Campos has achieved a high professional level and has now fully replaced Abigail. For example, Fender Custom Shop guitars commonly come out of the factory with her signature pickups. 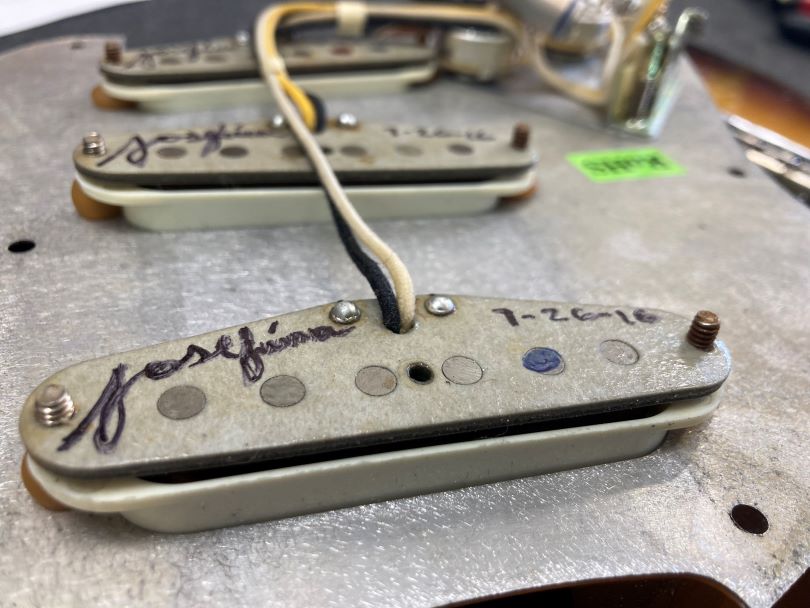 How to recognize Abigail's pickups

Fender pickups were usually given a date, but it was impossible to trace a specific worker. That changed with the introduction of the Custom Shop, where guitars and parts were not mass-produced. And most guitar parts were signed by the people who worked on them, which included pickups. Specifically, pickups made by Abigail Ybarra are usually signed with the initials AY or Abby.

Guitars with these pickups are quite valuable. And of course, Josefina Campos pickups, which are also signed and easily recognizable, have been gaining in popularity in recent years.

These pickups are valued today both because of the legend that accompanies Abigail everywhere and because of the quality and precision of the work. Seymour Duncan refers to Abigail as the person who inspired him and also points out that there are not many people who know as much detail about winding pickups as she does. In one of the interviews, Duncan talks about his long-ago phone call with Lee Fender who told him that when he would come to see him, he needed to see Abigail at work. That alone is a compliment as hell.

For me, it is important how Abigail approached the work. In interviews, she always referred to Leo Fender and his principles and the importance of working with joy, pride and precision. Together with her experience, this makes for a product worth having or at least trying. It is not for nothing that Abigail Ybarra is nicknamed "Queen of Tone".

Abigail retired in 2013. To say goodbye, the company threw her a farewell party with many former and current employees and colleagues.

The good thing is that Abigail's pickups are still in circulation, still selling and still on a huge number of guitars. So this impressive story will not end just yet.

Tagy Under the hood