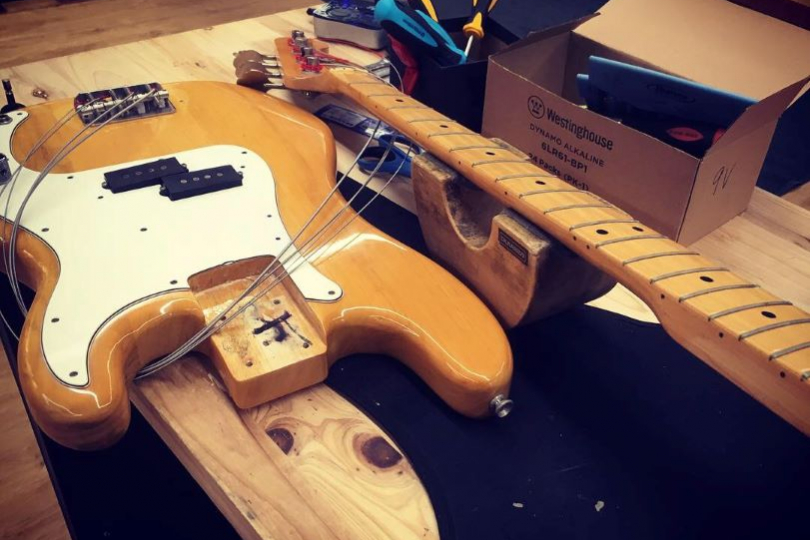 It seems that Leo Fender was lucky in his choice of wood. However, he was driven by a pragmatic reason—the availability of the woods.
Zdeněk Lev - Thu, January 13, 2022 - 08:00

One of the main things that make up the sound and characteristics of a guitar is the wood. There are three main types of wood that Fender has used on its guitars from the early days to the present—ash, maple, and alder. The current situation, however, forces the manufacturer to use other woods, too. Let’s take a look at Fender’s history and describe specific materials in more detail.

The wood used in guitars is a crucial issue—it determines the sound, tone color, and visual aspect of the instrument. There are many types of wood used, and today there is a truly endless choice. It’s easier with Fender since, as for the materials used, they have not been experimenting that much throughout their history.

It seems that Leo Fender was lucky in his choice of wood. However, he was driven by a pragmatic reason—the availability of the woods in question. He was mostly concerned with making things work. How they looked afterward was secondary to him. So he chose ash, alder, and maple as the primary woods for his guitars. All were readily available and worked well.

The first prototype for Fender Esquire was made of pine. The next model, the Broadcaster, was made of ash, as were the later Telecaster and Stratocaster. The turning point came in 1956 when Fender presented alder guitars.

For the necks, Fender chose maple. The neck was either a single piece of maple or later with a rosewood fretboard.

Except for a few models that were different due to the wood used, such as the mahogany models, Fender’s choice of woods was pretty much the same. 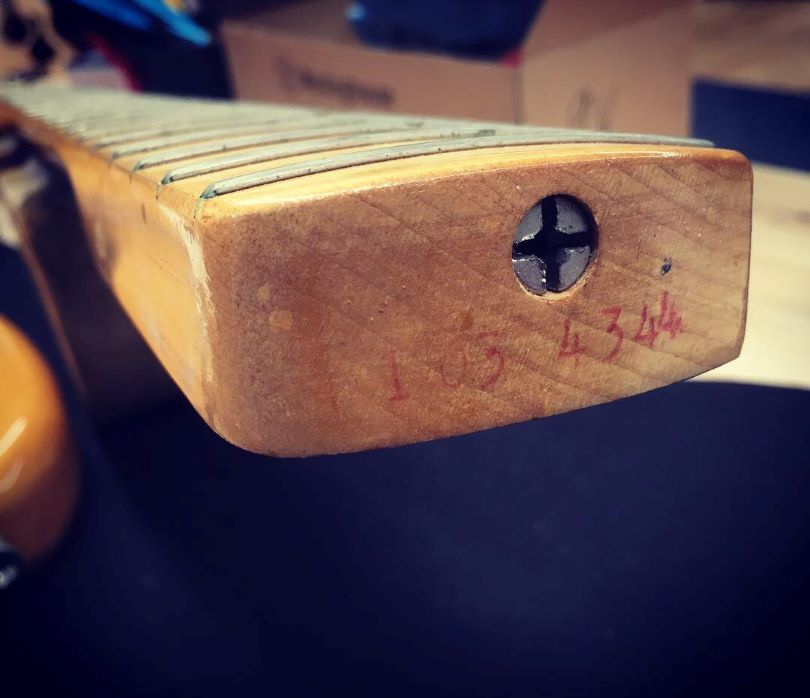 In the 1970s, the maple neck was again made from a single piece of wood. 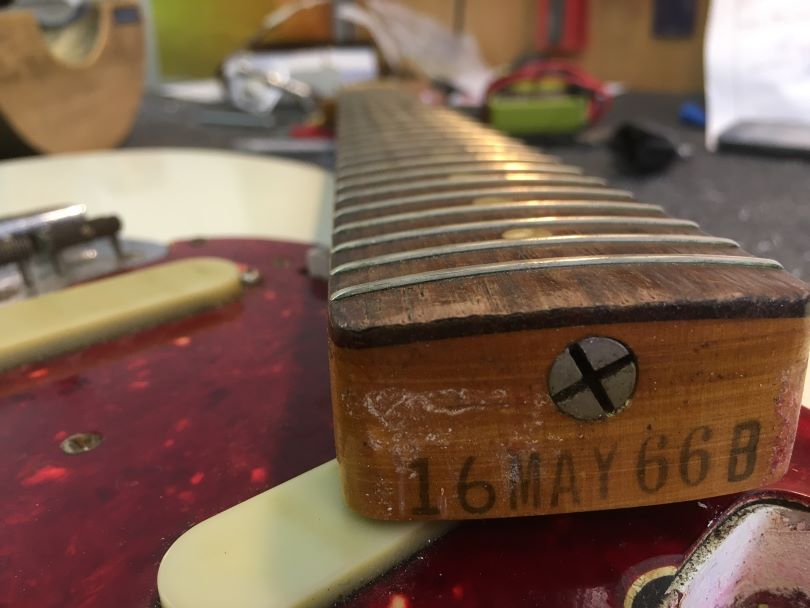 Ash and alder as the main woods for guitar bodies

In the early years of their production, from 1950 to 1956, Fender made the guitar bodies exclusively from ash.

From 1956 onwards, alder became the primary choice of wood for guitar bodies. It is not clear why Fender decided to include alder wood among the materials used, but the most likely option is that alder was just broadly available at the time. And this is something that Leo Fender was always able to calculate well.

Ash has not been discontinued in Fender, on the contrary. Since 1956, Fender has been combining these two kinds of wood. The main reason is the color of the lacquer. Thanks to its surface and visual properties, ash is ideally suited for transparent and natural finishes. The Telecaster was mainly produced in transparent color, where the wood grain is visible under the finish. Therefore, if the color is classic butterscotch blonde, the wood used is ash. In Fender’s famous eras the same applies to most instruments with a transparent finish. So, if a guitar came out of the factory with a transparent finish, regardless of the type of instrument, the wood was usually ash.

Thanks to its properties, alder was a perfect choice for color lacquers, so-called custom colors.

So Fender had it more or less straightforward with the woods. Ash for transparent lacquers, alder for colored ones. In later years, when various reissue models and the like began to appear, there were, of course, various combinations. In general, though, most Fender models throughout history were made of alder, because the transparent finish was not as popular as the colored ones. To this day, however, both materials have their die-hard fans who prefer one type of wood over the other and swear by it. 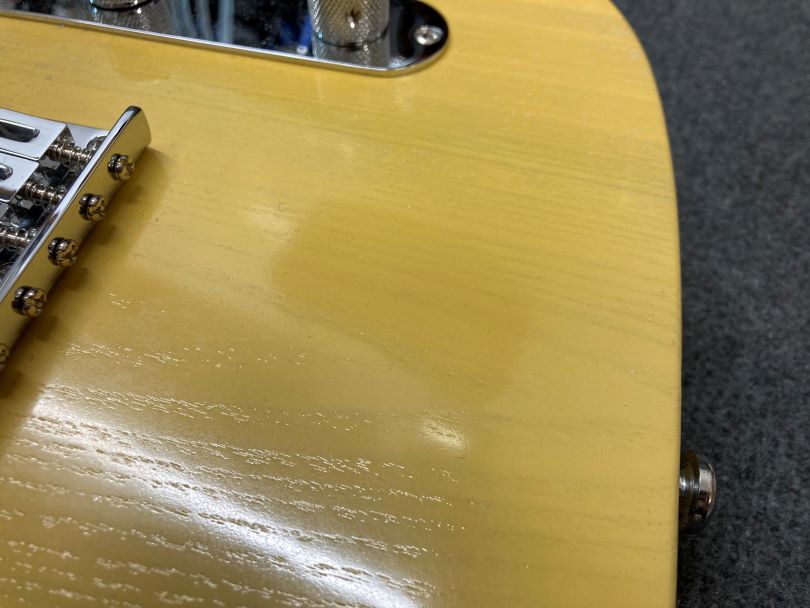 Since the beginning of production, Fender has used American ash. It’s a North American tree that grows throughout the eastern half of the continent. It’s commonly used for furniture, baseball bats, and flooring. For guitars is used northern ash or, more commonly, southern ash, which is called swamp ash. It grows in wetter areas, is brighter and lighter than northern ash, and has large open pores. However, more work needs to be done with it before the finish can be applied.

Ash bodies are usually made of two or three pieces glued together. However, there are also one-piece bodies.

Ash wood is strong, dense, bright, and straight, which makes it very popular. It carries a lot of treble and sustain, ensuring a clear and distinctive tone. The highs are ringing, however not so bright, the mids are clear and the bass is strong, giving the ash instrument higher harmonics. Its sound is rather soft and round.

These are precisely the reasons why old Fenders from the first half of the 1950s are so highly valued. It’s a bit of a paradox, because ash wood hadn’t had such wide use and sales in the market—until it started to be used for guitars and baseball bats. Subsequent massive harvesting of ash has freed up large areas for other crops. 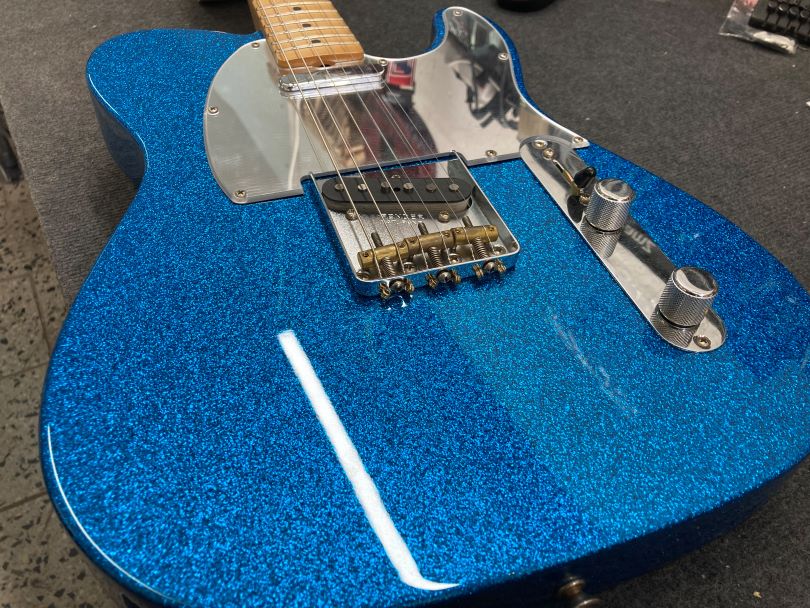 As I have already mentioned, the choice for this wood was probably pragmatic, as alder, which grows throughout the world in temperate zones, was readily available in quantity, geographically accessible, and affordable.

There are two main alder species, each geographically available for a different continent. Black alder is found in Europe and Asia. Red alder grows in America, which is the logical choice of Leo Fender for his guitars. Since Fender was based in California and the alder was found on the West Coast, its availability actually became more than convenient for him. The red alder grows rapidly and is one of the tallest trees in the world. Like ash, it is often used for furniture.

The bodies of alder guitars usually consist of two to four pieces of wood. Alder is stronger and more consistent than ash and is excellent to work and glue. It has a very sonorous, warm, and balanced tone. It has great sustain and strong upper mids, making it a little more assertive than ash. It also has a more balanced tone than other hardwoods. 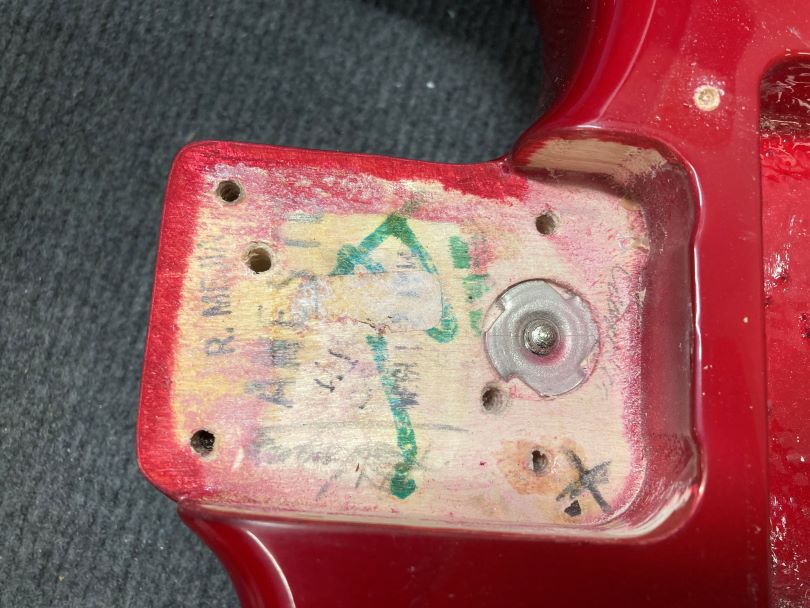 In 2020, Fender announced that it would no longer use ash for mass production. For sustainability reasons, it will only be used for selected models. Justin Norvell, Fender’s Executive Vice President for Fender products, commented on the topic in an interview with Guitarworld, detailing the reasons why Fender is discontinuing mass production of instruments made from swamp ash. In the following lines, I will take the liberty of briefly summarizing Mr. Norvell’s most important observations.

Currently, American ash forests are infested by a pest, an invasive beetle, which unfortunately no available methods are working to stop. It first appeared in the north, which wouldn’t bother Fender that much, as they don’t use northern ash, mainly because of its weight. However, this beetle, called the Emerald Ash Borer, has made its way to southern ash, and that’s already a problem for Fender. In its habitat, this beetle is not that damaging, but outside its territory, it is invasive and highly destructive to ash trees. The prognosis for the American ash is rather gloomy.

Fender lumbers swamp ash by taking wood from the water after floods recede. This wood is more porous and lighter. Mostly only the lower part of the tree, where the water has been, is used. However, due to advancing climate change, the floods are being prolonged, and the trees are flooded for almost two-thirds of the year. So there is an increasingly longer waiting time for wood, which is a problem as the invasive beetle moves on, regardless of the floods. The areas of swamp ash are thus getting smaller and smaller, which led Fender to decide to stop making ash products and start saving its stock.

Fender is therefore trying to work with the heavier northern ash. They are trying different chambering methods to lighten the wood, which is proving to be a feasible solution so far. Let’s keep our fingers crossed.

At the moment, it looks like they have found one type of swamp ash that resists the invading beetle, after all. There are efforts to plant this species, but it will take a couple of decades for the trees to grow back. But it is a hopeful prospect for the future that the swamp ash may be preserved.

The current state of affairs means that swamp ash will become an exclusive material that will continue to be used only for top series or limited editions. 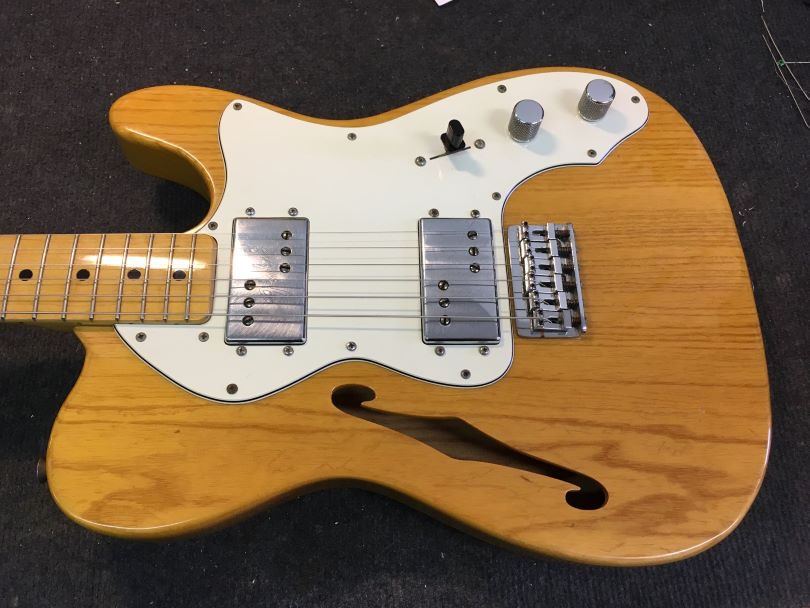 Adapting to the situation and finding new woods

Fender is currently looking for new species of wood to be used. Pine is being tested and has appeared on several models, being quite popular. And other woods are being looked at. The company continues to approach it pragmatically as Leo Fender used to do—he simply took what was available.

Today, Fender still uses woods that grow fast and are quickly renewable, much like alder and maple used to be. The Acoustasonic line of instruments is made of mahogany, which is guaranteed to be sustainable and also traceable in origin. The company looks for all available materials, including urban trees. They source light ebony from Taylor or use pau ferro for the fretboards.

Pau ferro is a South American wood similar to rosewood in sound. Visually, it’s a bit brighter. Fender has had experience with it in the past. Stevie Ray Vaughan had a fretboard made of this wood on his guitar. Because of the size of this wood, Fender used it in the 1990s for five-string basses. Nowadays, it is mainly used in the factory in Mexico.

One can only support Fender’s philosophy and wait to see what their new series of guitars will look like in the future. Since the management keeps repeating they want to stick with Leo Fender’s approach, we certainly have a lot to look forward to.

Under the Hood #14: Why Are Fenders from the 90s So Popular Today