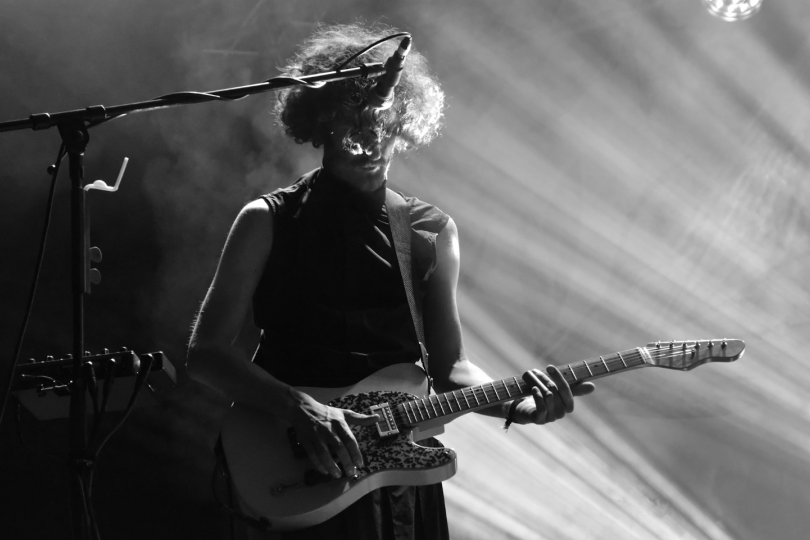 5 Mistakes by Beginner Guitarists That Can Easily Be Avoided

We all know that we learn by making mistakes. However, two things need to be taken into consideration—every mistake does not lead to learning, and many mistakes are unnecessary. I offer the following pieces of advice in the hope that readers will be a little more insightful than I once was. Not that there is anything in my guitar life that I would directly regret, but if I think back to the time when I was in my first band, these are the mistakes I would avoid... (and many of these things always remain true, don't they?).

Disregarding the inconvenience of hearing loss, which is more common than you might think, there are three things that a volume turned up to the max will rob you of. The first is the ability to listen to the band—you won't get into the groove, the songs won't breathe, and most importantly, you'll miss out on inspiration from others. Secondly, as a beginner you're very likely to lose control over your own dynamics and tone. Finally, most of the mistakes (yours or the band's) that you could have learned from will be lost in the noise.

I thank my parents that I was born in 1981. So I started playing guitar without Kytary.cz :-))), internet and music magazines (I started subscribing to Muzikus in 1998). Thanks to that, I had a relatively consistent tone in the first five years or so. I changed only one thing at a time and that way I was able to keep track of the changes. The constant tweaking and chasing of merchandise would have distracted me from my own tone. Through a series of nice and unpleasant circumstances, I didn't start chasing gear until about ten years later. But by then I already knew what my tone was, what I wanted, and most importantly—what I didn't want (like compressors and modulation effects). Also, before I start chasing new gear, am I sure I got 100% out of the old rig?

I grew up in a time when it was fashionable to have two guitars in a band and the one who ended up with a polished neck after playing a  solo was the winner. Being a solo guitarist taught me a lot, but the truth is that I'm only now discovering the beauty of accompaniment. Only now am I finding the beauty of consistent chord patterns (not flying back and forth on the fretboard), only now do I realize that accompaniment can be melodic, too. Most of all, I am starting to understand how much precision, balance, and accuracy a good accompaniment demands. It seems to me that mistakes in solos are nothing compared to saddling the other soloist with an accompaniment that doesn't spin like a Rolls Royce, but frenetically jumps and bumps like a Trabant whose driver believes he's driving a Porsche.

4. Being a guitarist, but not a musician

With time and experience playing in bands, I find that what my surroundings want from me the most is not the highest level of technical precision in guitar playing, but musical thinking. That is: arranging, leaving room in a song, reducing guitar information (perhaps with a nice chord change) to a functional minimum that doesn't clog up the space for others. Everyone will have their own way of getting there, but in my case it helps to try to understand at least the basics of music theory (and, yes, the readings of musical notation that guitarists are particularly dismissive of). Music is a language, and the guitar is just one way to express it. A band is a dialogue. The guitar is not meant to get in the way.

5. Not having a clear vision

Most of the time, I felt like a guitarist "playing his part." Even when I did compose something, it was "guitar stuff." But music, in my opinion, begins with is a strong message that already foreshadows the colors of the composition as a whole. The guitar, especially when coupled with effects, provides an almost infinite palette of colors that you can use to enliven—or kill—a song. And sometimes it's best to go for a walk and do some reflection, make a decision, and refine your ideas once you have a clear vision. Yes, it's often the instrument itself that leads the way (though all too often along the beaten path), but it can't replace your thoughts, imagination, and feeling.

So there you have it: the five mistakes I made in my first five years. Think about them, and try to make different ones. But whatever you do, don’t try to avoid making mistakes completely!

Do you know of any more mistakes beginning guitarists should avoid? Let us know in the comments below.

Guitarist in Pohřební Kapela ("Funeral Band"), stand-in/session musician, teacher, recording engineer. My main hobby is music. I enjoy not only guitar, but pretty much anything that's good. I've been playing guitar since 19…
RELATED ARTICLES

3 Simple Steps for Leveling Up in Music

How Wood Type Affects the Sound of an Acoustic Guitar