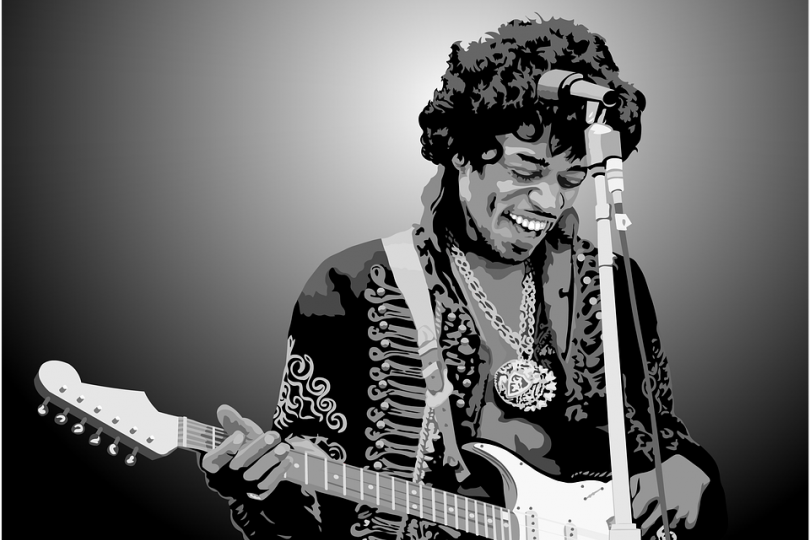 I’m holing up, removing my name from the doorbell, and getting a new name. Why? Because I dared to write this article questioning several icons. It’s solely my personal opinion, with a fair amount of hyperbole and irony thrown in. When choosing these names, I don’t consider their general fame, charisma, or, as you will soon discover, historical significance. I select names that are often heard when talking about “best guitarists”—and I don’t understand why.

I’ve never understood the obsession with this guitarist, much less the Dragonforce band. Hearing Herman and his undoubtedly refined technique for the first time, I’m like “wow, decently equipped.” Then, through several stages of boredom, I get to the point where I don’t want to hear any electric guitar playing from the seventh fret up anymore. I’ve been looking for videos to show you what I mean and this one caught my eye the most. Because we all want to play in the pool, don’t we.

So, here we go. Sorry, I don’t get the “Eric Clapton—the greatest guitarist of all time” thing. Ouch. I read a pretty interesting comment somewhere that the Unplugged album just proved a loss of creativity. I don’t know, maybe. I realize that he plays great, has perfect arrangements, that his most famous songs are real hits, that he can articulate his tone like no one else... No question about it. But I don’t understand where the sometimes almost uncritical glorification comes from.

The name Eric Clapton has already been mentioned here, so it couldn’t get any worse. Or? Okay, let’s do this. Angus Young. Apart from the fact that Angus is unpleasant to watch (his imitation of a seizure and the crippled hopping rather awaken sympathy in me), I also feel that I hear the same thing over and over again, only in a few minor variations. Or am I wrong? Otherwise, AC/DC 4ever, that’s a clear thing!

Again, there’s no doubt about the technical qualities of this guitarist. But his musical contribution, consisting of an endless and going-nowhere display of these techniques with the automatic drum background just doesn't work for me. Simply directionless.

I see the story and myth, romantic heroism, and deification as stronger aspects than reality here. Myths, by their very nature, are not to be disputed, and, in fact, it is not allowed to dispute them. I’m just wondering if sentences such as “Jimi Hendrix was the greatest guitarist of all time” shouldn’t be replaced by an inquiry into his significance and general cultural contribution. Which are unquestionable. To say that he was the best guitarist in the world is to reduce that meaning. And isn’t that rather to his detriment?

Usain Bolt is the best sprinter in the world and Jan Železný is the best javelin thrower. But is van Gogh the best painter and Jimi Hendrix the best guitarist? I really don’t think so, even though I stare open-mouthed at both of them.

11 Things You Really Don’t Want To Hear on Stage