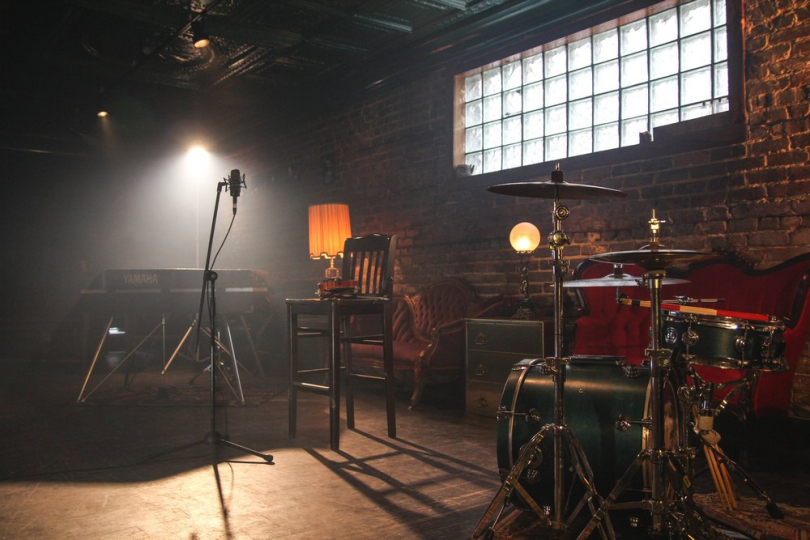 The next song turned out to be a slow ballad. But that could mean that you too should calm down and finally realise that you are not alone on stage. But why on earth would you do that? | Photo: John Matychuk (Unsplash)
Anna Marie Hradecká - Fri, January 20, 2023 - 08:00

After a two-year lull, last year brought (fortunately) a new wave of open mics and jam sessions where you can sharpen your playing claws and gather inspiration and contacts. Along with these eventful evenings, which tend to get really groovy around midnight and make the following morning a bit murky and hazy, also returned various misfits and eccentrics. Some of them don't understand that music – and especially the music performed at jams – is a shared experience based on mutual listening and respect. If you want to become one of these "popular" musicians, follow these 5 tips.

1. Be assertive even before you get on stage

The house band hasn't even finished their warm-up set and you're already kicking your heels with your instrument below the stage. Actually, you're already breathing down the neck of the person playing the keys, ripping the microphone out of the singer's hand and the guitarist's cables out of the amp. You've been looking forward to the jam and you've been practising chords and the right stage image at home, so you're not just going to stand around and waste your time listening to someone else play.

The other person, who came to play too and stood discreetly nearby the whole time and then got on stage quietly after the previous band finished playing, is a loser who is not even worth your attention. You honour the motto "who hesitates, does not play!" 150 per cent.

2. Make the sound engineer turn up your instrument

The jam is in full swing, the mood is rising and you're rocking a two-chord funk groove on the stage, wriggling like an amoeba – and you are a bit worried that your great riffs are getting a little lost in the overall sound. "Turn me up in the monitor a bit... and in the system too," you yell at the sound guy into the microphone you've ripped from the vocalist's mouth – or you grimace furiously because you're busy playing. But sometimes the others want the same thing, so the sound eventually merges into one big humming ball and the only one who doesn't care, because they can hear themselves anyway, is the percussionist or saxophonist – or bassist, who are absorbed in their thing and don't give a damn about the outside world.

Are your ears still ringing three days after that "rave jam"? That's perfectly all right. You have to make a sacrifice for the music, and next time you should try to talk to the sound engineer beforehand. You can find him outside on a cigarette break and explain to him that he should turn you – and only you! – up in the next song. I'm sure he'll love you immensely for it.

So, now when even the tenants in the neighbouring houses can hear you, it's time for a proper solo. You've been practising this at home too, so you'll tackle it with all the vigour you can muster right from the start. Don't try to build it up slowly, from small rhythmic-melodic motifs that you gradually develop until the desired musical eruption occurs at the end, accompanied by the frenetic shrieks of an excited audience! Nope. From the very beginning, pour in such a stream of notes that the audience will not have a second to doubt your technical virtuosity. Don't you know what chord is being played? Never mind, throw in some chromaticism, that'll work with anything.

While you're stretching the range of your instrument in both directions with double-time lines, spot your bandmates with your peripheral vision. Don't you dare let them speak! Keep your solo as long as possible and make it clear that you are not finished at the end of each form. Because you still have something to say – and the others should kindly wait until you've spoken.

4. Impress the audience with your "free jazz"

After such a musical blast, it's time to calm down a bit. At least that's what some of the bandmates think because the next song turned out to be a slow ballad, leaving plenty of room for creating colourful, ambient layers and inter-player symbiosis. But that could mean that you should calm down too and finally realise that you're not alone on stage. But why on earth would you do that when you can treat this very song as an ideal ground for artistic self-expression?

Mix in some counter-rhythm, choose the most distant (i.e. randomly mismatched) key and start a unique line strongly contrasting in colour and dynamics. It doesn't matter that it is played randomly and amateurishly and purely to make you stand out – the authentic "art" emerges from a genuine and uncalculated cry. And the audience would be bored otherwise anyway, so the "backup band" around you may be glad that you are keeping their attention. However, don't be surprised if suddenly someone physically takes you off the stage with the words: "If you don't know it, don't play."

You read in the event description that it's a jazz or soul & funk jam session, a free jam where no established songs are supposed to be played. Or on the contrary, it might be an Irish trad or folk session with a fixed repertoire. That's great, you'll definitely bring a breath of fresh air if you start playing the tried and tested party hits. Don't skip "Hit The Road Jack," "Smoke On The Water", "Sweet Home Alabama" or whatever you like to play in rehearsal rooms or your favourite music store when you're trying out a new instrument. "Valerie" (Amy Winehouse) works well too, or maybe "Mercy" by Duffy.

Well, ... the moment you start playing, a lot of musicians suddenly disappear – they urgently need to go to the bathroom, have a drink or a smoke outside. A few sympathetic ones might stay there with you and play one verse. And then someone says, "Hey, we don't play that here." And you'll either slam your instrument case and leave offended or finally start to notice that you're not alone and there are other musicians.

So, is a jam session just a backup band for your "musical majesty"? Or are you okay, but have some experience with such spoilsports? And what jams in your area are worth attending? Let us know your tips and stories in the comments!

TOP 5 Reasons Why Music is Not a Superfluous Luxury