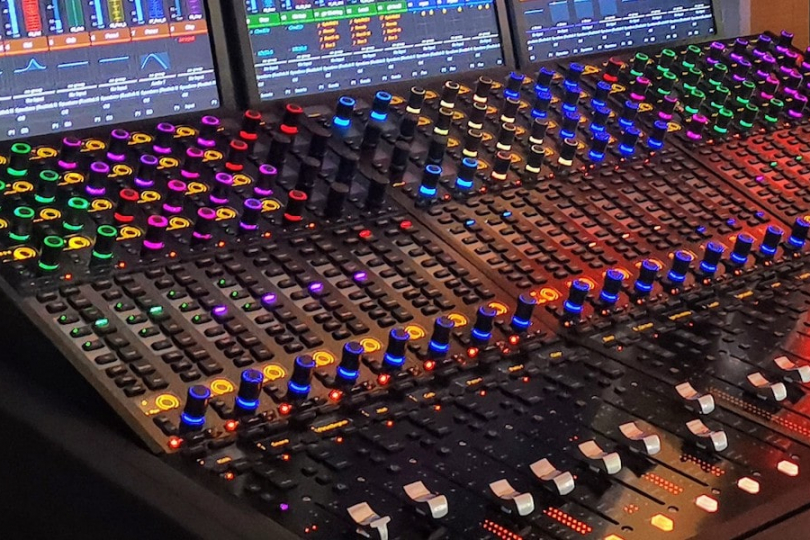 All Eyes on Argentina with Gina Pegnotti

Social media can be tricky if you are just starting to explore it. What to focus on? How can I find my community? Is it only important nowadays to have a strong presence on the internet, or is face-to-face still a thing? For this edition of our series "All Eyes on...", I had a talk with the Content Creator and Social Media Producer for Avid in Latin America, Gina Pegnotti—who is also a musician, songwriter and is finishing a career in Communication.

Gina grew up in Argentina and started to be interested in music and people from a young age. Social constructions, activism, and communications are some of her biggest focuses while creating her music or uploading social media content. Our conversation on this occasion was intended to give you some insight into how big companies like Avid work while communicating for big audiences, and how you can apply it to your personal project. It’s a tricky subject, because as we know, social media is globalized. So, by speaking of Argentina and her experience as a communicator for Latin America, Gina also offers us a wider picture of what can we do while trying to build a presence on the social media anywhere in the world. One big takeaway from this interview is that we shouldn't get lost in the world of algorithms—because after all, the most important thing is still the music. 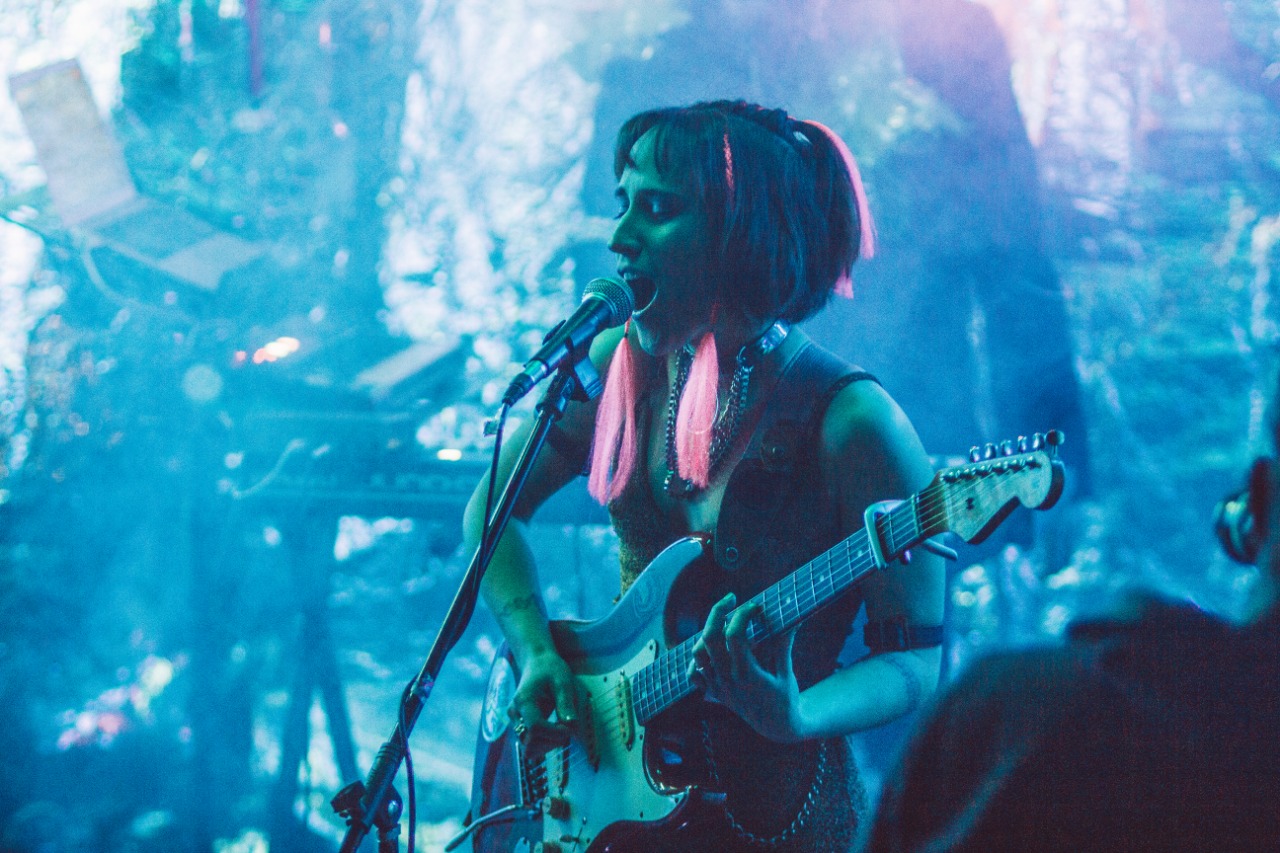 In the context of the Covid lockdown where musicians had to stay home, how did you manage to keep the audience engaged?

It wasn't difficult to keep audiences hooked, precisely because with people being home and their only means of communication being digital, everyone was consuming a lot of social networks. So, there was a lot more attention, as well as a lot more competition. Everyone was creating content, so you had to do something that would stand out. From Avid, what was done were audio and video Webinars, free training on some of the brand's products, where you would also learn some basic audio things common to any program. This was a very good initiative because it worked out for the company, but it also contributed to the people.

At the end of the pandemic, people were saturated with information and Webinars, and as soon as the restrictions were released there was a wave of going back to face-to-face. For example, when it comes to playing live, maybe it used to be more difficult to summon people and you had to invest more time in publicity, but after the lockdown, the attention switched to direct communication.

What does a company like Avid focus on while creating creative content for social media? Is there any link between how Avid works and how a musician should communicate its content?

What I do while creating content for the Spanish-speaking social media sector, which is what I handle and what I specialize in with Avid, is to mediate, on one hand, the real needs of the company (advertise a certain product, communicate news and promote webinars) and on the other hand, to focus on what people are interested in. I think that when you search for something on the internet, in general, what you are looking for is either information and education or entertainment. So, if your intention is to sell a product, you must ask yourself this: "What I can give to the audience so that that they get interested in what I am publishing?"

As a musician, it is a bit difficult sometimes to know how to advertise yourself, because this depends a lot on the musical profile that you have. We tend to believe that social networking is the most important thing, and we forget about what really matters—music. The reality is that if your musical product is interesting, and you share it, over time the audience will go up by itself if you stay active. Personally, I am not a fan of new musicians who may never have played live and are a product of social media. Maybe I'm old school, but I value art and content much more than the advertising itself. I think it is important to keep this in mind when creating content on social networks: you should not only talk about your musical releases but also share a little of your life, things that people may be interested in, things that entertain. Because people more are interested in knowing you as a person than just knowing your achievements.

Do you believe Social Media is globalized in the sense that we all consume the same things, or do the demographics of the people you are communicating for change the content?

It seems to me that it is very important to think about the segments to which you communicate. Nowadays, it’s not so much about creating at a country level, as if you were communicating only for Prague or Argentina, but it’s more focused on the ranges of interest of the audience to whom you are communicating. This is what we previously considered urban tribes or musical genres. For example, I would not advertise my music to an audience that is interested in K-Pop because it is not related to what I do, which could be more influenced by Radiohead. Despite this, social networks always surprise you. Juana Molina, to give an example, is an Argentinian artist who became well known in Japan without it being her main objective. Social media can give you crazy surprises!

What do you believe is more important to focus on while creating Social Media content?

The most important thing to keep in mind when creating social media content is to have an added value: offer something to people, be it education, fun, or entertainment. Do not focus so much on yourself, but rather think on the other side, on who is watching, and think about what it is that you would be interested in seeing when entering a social network. In general, I do not follow big artists on social media, even though I listen to their music, because I’m not fond of their advertising content. But I am interested in the content of independent artists who share more of their life on Instagram, for example, connecting with them with everyday things.

How is creating an active online community important for emerging artists?

Understand that social networks are a tool, a means to communicate the music you are making, and music is not the means to reach social networks. Sometimes we tend to see it backward. There are even bands that don't even use social networks and have a huge audience simply because they are known in a specific location!

What advice would you give for musicians that are trying to get started in social media? Which digital platforms would you say are the most influential in Argentina right now?

My advice is first to be patient. It can take a year, even two until you start to see the results of a communication plan. It is work that must be constant, like all work, because what happens on social networks is not the work of magic. I recommend that you try different methods until you find the one that works for you. Social networks are always changing.

For example, on Youtube it is much easier to grow at the community level but you need constancy, uploading content weekly, or creating videos at the beginning of the month that you will share throughout the month. On Instagram, due to its algorithms, it is more difficult to grow, but it is easier to create content daily. I am not from the TikTok generation, but it has a lot of reaches, as well as the Instagram Reels, which now at an algorithmic level are super powerful since they are not so segmented.

In Argentina, what is most used is Instagram, Youtube, and streaming platforms such as Twitch. Something important when using WhatsApp to communicate is that perhaps it can only work with friends or people who are already part of your community, but what I do not recommend is spamming people—because this will only push them away!

Finally, what artists and recording studios from Argentina would you recommend to our readers?

Some local artists that I like are Marilina Bertoldi, and Lucy Patané—she also runs the recording studio Sale la Luna. Then I like independent musicians such as Lara Modena, who just released a new album, El Montes, who is a bassist and a rapper that just got his first single out, Sebas Daneu, a drummer and songwriter that is currently doing music for movies, and I also really like what you’ve been doing with the latest singles you’ve been dropping, Valentina! Regarding recording studios, I would recommend Santa Marta, El Pie Recording Studios, and FilmAndes, which is based on Mendoza.

How do you communicate with your fans on social media? And which platforms are big in your country? Let us know in the comments below!

Valentina Sandoval is an Argentinian musician, composer, and writer currently based in Prague. She studied lyrical singing in the conservatory of music of Buenos Aires. Her short story "Jardin de Invierno," translated to French and Breton, was published in La Liebre Dorada, an…
RELATED ARTICLES
most read news