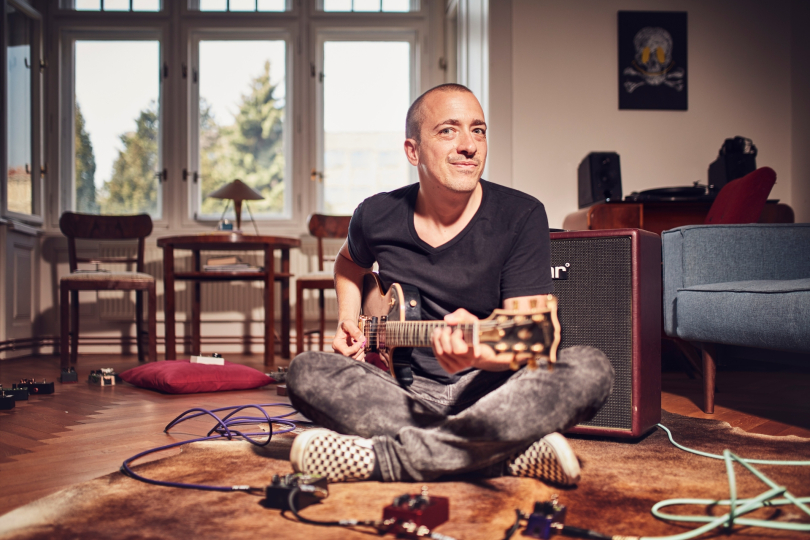 An unassuming man behind several companies working with an impressive array of global stars. Designer of guitars for Kiss and Pantera. For a while, also the bassist for Anthrax. An affable and unpretentious American loving the Czech Republic, whose mission in life is to help musicians and make their dreams come true. Meet David Karon.

He started out in music label marketing, where he made his first contacts and found out he wanted to help musicians in a fairer and more balanced way. Having answered an advert from a guitar company looking for an ARM (Artist Relation Manager), he spent ten years helping to build the Washburn and Randall brands, under whose wings he designed guitars and amps for such well-known names as Paul Stanley (Kiss), Dimebag Darell (Pantera) and Scott Ian (Anthrax). As he says, in this business, everything is based on trust and personal relations because rock'n'roll is, paradoxically, a relatively small branch of the music industry and the word gets out fast. 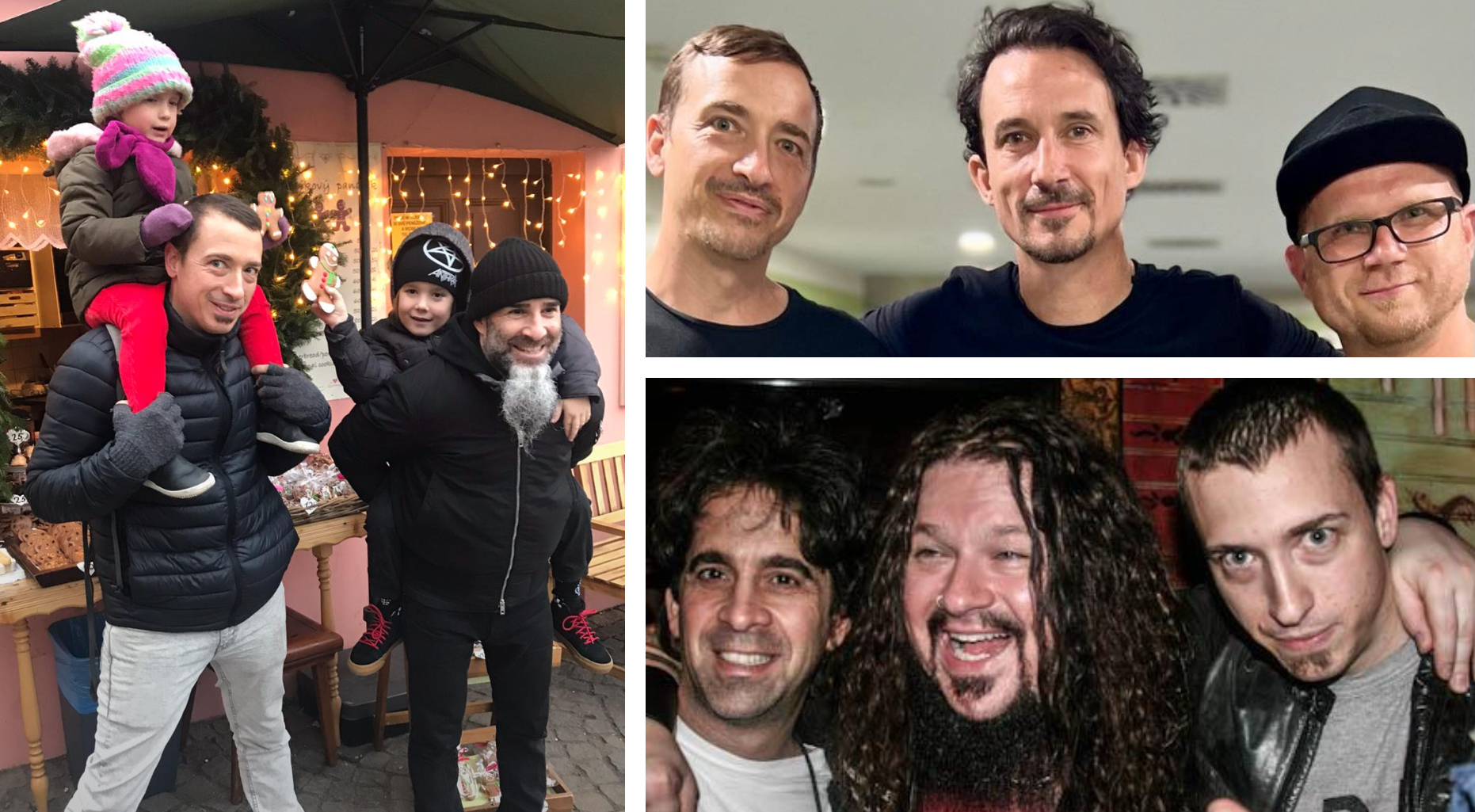 So when David started working on fulfilling his innovative vision, everything fell into place beautifully. To my surprise, he says dealing with engineers is often more difficult than dealing with rock stars. It is because David was not looking for big egos but for individuals hungry for knowledge who wanted to keep improving – just like himself. And thanks to the recommendation of a technician working with the Smashing Pumpkins (there we go again: the importance of relations), he found Antonín Salva in the Czech Republic, which he considers his great fortune in life. He's proud of his entire Czech team, and in our interview, it came up many times how creative, hardworking, literally "f***ing great" Czechs are, being the best people in business he's met so far. Which, given his rich history, can be very gratifying for the Czechs.

Collaboration with artists at all stages of development and distribution

At first, David started KHDK electronics, a small boutique guitar effects company, which has had a strong response and success in many music surveys around the world. He chose effects stompboxes because of their all-round simplicity (size, manufacturing, service, logistics) and his passion for collecting. Pedals can be freely changed and combined very easily, unlike amplifiers.

But inside him, David felt that this was still too standard a way to go, and so, based on his long-time experience in the music industry, he came up with a somewhat revolutionary idea: to synergically involve the artists themselves in the process, but not just in the obligatory testing, but also in advertising, distribution and sales. Of course, for a fair and adequate share of the profits compared to the low percentage of the usual endorsement contracts. And so began small series of basically private merchandise in the form of guitar pedals not only for bands like Steel Panther, Gojira, Slipknot, Megadeth, Exodus, Slayer, Mastodon, Trivium, Anthrax, Behemoth, Limp Bizkit, Misfits, but also for modern YouTubers like Glenn Fricker or more recently Bernth "Shred" Brodtrager.

When I asked him which effect he was most proud of, David didn't hesitate for a split second. The vibe pedal was a direct commission from Brent Hinds (Mastodon), whom David met at a wild New Year's party in Hawaii. The collaboration began as early as with Unicorn Blood fuzz, continued with Mastodrive and has so far resulted in a (uni)vibe pedal.

Brent wanted a "real vibe", i.e. with a real bulb (as we have already discussed in detail in another series), but this brought unexpected complications. The same bulbs did not all play the same way! With the motherboards finished and wired, all 420 pieces had to be fine-tuned by hand according to one master vibe so that they all played the same. Another funny detail is the bottle top used as a bulb cover. Inexpensive, functional, recyclable and imaginative.

The visuals were designed by the graphic designer who did the posters for Mastodon as the winner of the fan vote (another example of people getting involved in the process), and David commented that he couldn't tear himself away from the Vibe Change when he was testing it, spending a long time playing it, so inspiring is the pedal. I can confirm that, too. And most importantly – like a proper analogue, the Vibe Change just plugs in and plays well straight away. No lengthy setup and searching for great sound. I'd like to say that if you are this type of guitarist, then this is the box for you. Only – as has become an unwritten rule for David Karon’s team – the entire run has sold out. So maybe another version? We'll see. There's another wild Mastodon box in the works right now, so we'll wait and see.

All pedals are like children, of course, so apart from the Vibe Change, which is so different from the others, it's hard to pick another "best" one. That's why David brought the then-new Baphomet special dual delay for our interview. Fully in the spirit of Distortion Inc.'s innovative way – you won't see the company listed anywhere because it's a custom product made for a specific guitarist. In this case, for Wes Borland (Limp Bizkit), who not only gave the exact specifications but took a very active part in the whole process. He even painted the graphics of the pedal himself.

Wes Borland has always been an exceptional personality creating things in his own unique way. Fans have therefore appreciated his inimitable contribution to bands. David showed me his latest Instagram message from an enthusiastic customer who had composed a new song within ten minutes of unboxing Baphomet. You could sense that it made him happy and that this was exactly his mission – to help musicians make music.

And that's exactly what the Baphomet delay is: with two independent delay units working together to create totally unexpected, inspiring sound collages, which for example, caught the attention of Joe Duplantier (Gojira), as a short video from the soundcheck shows. Do you want a fast slapback delay or a long one? Mix in the desired ratio, fast to slow or slow to fast? You get a great sound right away... But again – the whole load has sold out within a few hours.

It's a beautiful example of how this personal "win-win-win" (producer-musician-fan) approach works. Plus, it dramatically reduces costs because you don't have to invest in an expensive advertising campaign, sell through middlemen and so on. In a couple of hours (in the case of Misfits, even in a couple of minutes!), you're all set. That's the power of good relations in today's information-flooded age. Let's appreciate it and learn that one doesn't need millions of virtual fans but just a few hundred true ones, even in real business. And again, look forward to some new surprises from Wes Borland.

But since the focus of guitar stompboxes is on distortion, we can't leave out their representatives. Here, David deliberated for so long that I directed him to my favourite prehistoric (1985) riffs from S.O.D. (Scott Ian's side project). He's known Scott for a good twenty years and has done both signature guitars and amps with him. Once Frank Bello didn't show up for rehearsal, so David became the bass player for Anthrax for three hours! So he knows Scott's sound perfectly, and when Scott expressed his wish to have a small stompbox for travels that he could rely on in case of unsatisfactory gear provided on stages, the Sergeant D was born.

Higain distortion with a boost and a cigar flashing to the rhythm of early riffs by Anthrax and S.O.D., that's Sergeant D. Complete with a super humorous guide handwritten by Scott: "Put it in front of an amp that sounds good but needs a kick in the balls. This pedal is like my steel toes, it kicks hard!"

I have to say that this was the first higain stompbox for me where I could tolerate more gain (I usually rather turn it down). Judging by customer feedback, I wasn't the only one. David explained it to me: Scott's right hand is literally "punishing", and you have to hit the strings really hard! So the next version of JSL included a mini-switch called "Scott's right hand" that can be used to add gain, which was approved by Scott himself. However, again, both versions were sold out within a few hours, and as it happens, some con men offer them at second-hand shops for many times higher prices. Don't do it, the sergeant warns, "I'll come and stab you in the liver!"

In the meantime, a few new pedals have been released and more are in the works, keep an eye out for KHDK Facebook page. And the guys are also hard at work on David's very personal project – Dimebag Darrel's dream amp. In fact, he's spent a lot of time with him, and they've spent many hours discussing, for example, how musicians can work satisfactorily in the tough economics of the music industry. Dimebag was thus the main impetus for David to try to make his own, somewhat different business.

Which is exactly what he is doing in the Czech Republic. After all, he really enjoys living here, both for work and for his family and raising his children, not to mention safety reasons. He glossed, for example, that in his native Chicago, he can't even think of going to the park at midnight, whereas in Prague, it's absolutely fine. To sum it up, I will repeat his message once again – Czechs, don't underestimate yourselves, you are great! 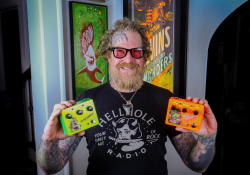 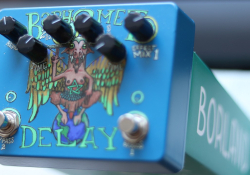 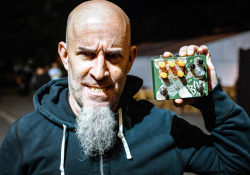 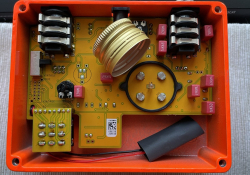 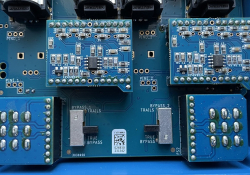 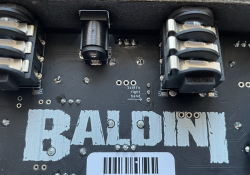 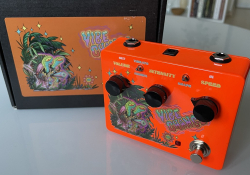 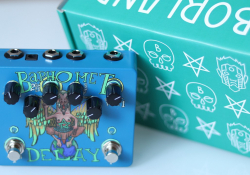 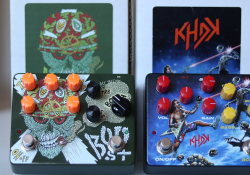