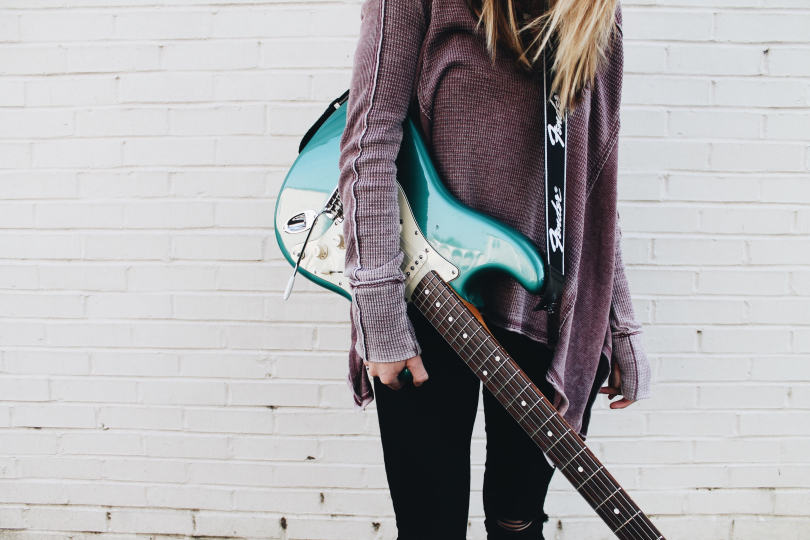 Are you a toady who always practices all the exercises for your guitar or bass lesson? Or a genius who would improvise through it? Do you get nervous before a class with your teacher, or are you overconfidently telling them how to conduct the lesson? Let's take a look at the top 10 aspiring music students.

The student is well prepared, can play a very demanding piece with a minor variation, and when the teacher praises them and corrects the insignificant mistake, the students start disparaging themselves, saying, “I’m useless and can never play anything right”. The rest of the lesson then reminds a session with a psychoanalyst while the lecturer alternately tries to calm down the student and themselves.

They would shut their eyes, would not speak, not answer questions and hold the instrument as if it was about “not leaving any fingerprints on it”. The lecturers are starting to grow grey hair, even though they are still in their twenties. After a few hours, they finally get an answer from the student to learn that “he likes Metallica and would like to play “Nothing Else Matters”, but he’s afraid his dad won’t like it”.

They wouldn’t sit still, they wouldn’t let their instrument rest for a second, jumping from one topic to another, constantly spewing out questions like “What’s this for?”, “What happens if I do this?”, “Why does it rattle?”, “Why doesn’t it play here?”, “Can you play extremely fast?”, “Why does it have a hole here?” and so on.

The music teacher performs a simple piece, and after being assured by the student that they have never played the instrument in their life, the lecturer remains stunned by the experience of a lifetime and listens to an absolutely incredible original and creative interpretation. The lecturer tries to swallow, asking whether it even makes sense for the student to take lessons. The student would like to continue – along with percussion, piano and symphonic orchestration classes.

They would correct the lecturer at every opportunity with an utterly brash expression. This is like this, and that is like that. With stoic calmness, the lecturer puts on a stony face and, at the same time, a highly aggressive assertiveness.

They’re never on time for a lesson, let alone ready. But they always have an excuse like, “When I left home, it started raining, and my pants got shrunk on the way, so I could only take small steps.” Or, “You’re not going to believe this, but the bus flipped onto its roof, and I had to save old people from a nursing home who went for a trip.”

There aren’t many of them, but when they do occur, they have a rare undeveloped musical gene. They can’t even clap the downbeat, they would tune their guitar to F#, play highly out of tune and unrhythmic, and most importantly – they don’t realize any of it. The rock on which all the chisels break.

They play the guitar the other way around, use a combination of the middle and ring fingers in their left hand, tune at 438Hz and pull all the mids down on their instrument. They arrive at the lecturer with such a long list of bad habits that the lessons seamlessly turn into a casual conversation about weather and vacation plans.

Usually, fans of “good old rock” with a very clear opinion of all post-2000 music, which they define as “the new overproduced shit”. Their horizons begin and end with the discography of AC/DC, Motörhead and Iron Maiden. They show zero interest in other genres of music and insist that the guitar has to “be fucking rockin’ to make it play”.

Did you also meet any of these cases during your student years or as a music teacher? Share your experiences in the comments!