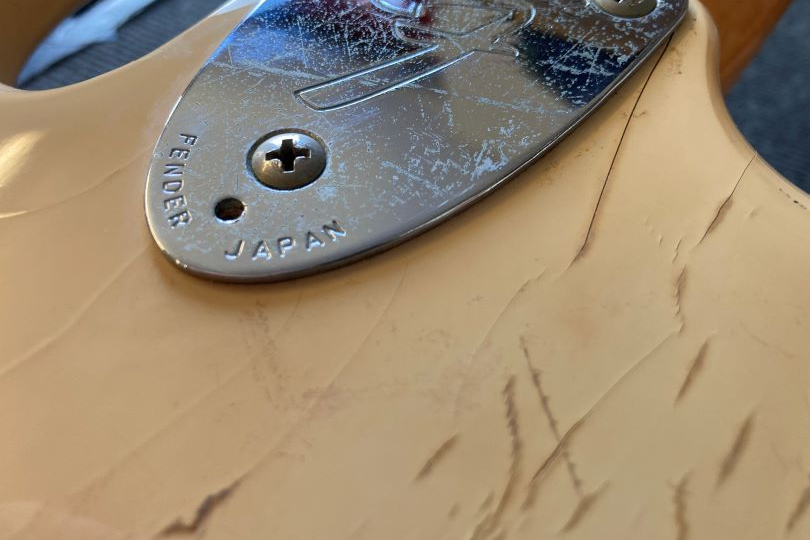 In many respects, Fender Japan outperformed its US competitors in the early years of production.
Zdeněk Lev - Thu, July 14, 2022 - 08:00

Under the Hood #21: How and Why Fender Japan Was Founded

For many decades the Japanese market and its products have been seen as cheap and low quality in the US. Yet Japanese products were generally of decent quality. The fact that Fender guitars were at one time made exclusively in Japan, and in quality at least comparable to the US at that, was a shock to many. But what led Fender's management to start manufacturing in Japan? And how did this idea come to fruition?

The start of production in Japan under the Fender brand didn't happen overnight. It was preceded by years of Fender development in the 1970s and early 1980s. To understand the founding of Fender Japan, it's good to know the context of the time. In hindsight, it was a move that profoundly influenced the Fender brand and helped it become a global player again.

In the previous article, I described CBS's role in Fender's history. In a nutshell, during the CBS era, Fender became a corporation that focused more on itself and its production over time and, essentially, lived in a bubble. More and more people were working for the company and were eager for a career. Suddenly, there was no room for those heartily devoted ones at Fender. Yet many of them persevered and stayed on, to later play an important role in the brand's journey back to the top.

At the turn of the 70s and 80s, the quality of guitars was steadily declining, which was reflected in the downsliding popularity of the brand itself.

In 1981, Dan Smith came to Fender from Yamaha with the task of getting Fender's guitar quality back where it belonged. This daunting task was eventually accomplished, but it took quite a few years. In an extensive interview about this stage, Smith gives some helpful information which I will briefly describe in the following lines.

One of the first things Smith and his team put in place was quality control. This is evident in the interview with Dan when he rather desperately describes the initial situation. Fender's output control bragged about all the guitars being perfectly fine. But then there was an inspection of about eight hundred guitars. Its result was an immediate change of the quality control criteria because they proved to be absolutely unsatisfactory.

After becoming more familiar with the Fullerton plant, Smith discovered that many workers were unhappy and overloaded. The wages were tied to the number of guitars produced per day—which could not guarantee quality products. People were demotivated and divided into two camps: the heartful ones who agreed with new changes and the other group who felt they were the ones doing it best.

Then the employee retraining process began, lasting several years, and the production focused on quality and automation. However, production conditions were still not ideal. According to Smith, at that point, it would have been easier if the factory had burned down and they had started all over again with new people. 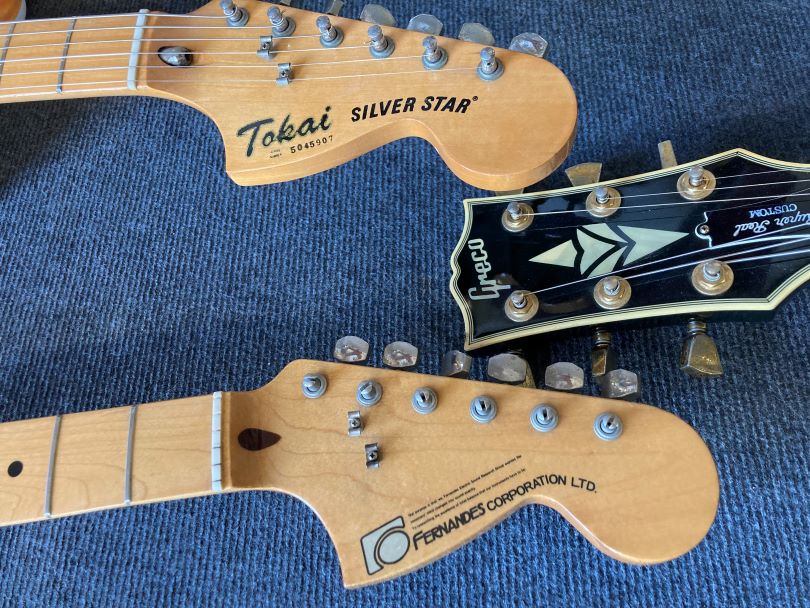 During these years, the production of Fender and Gibson copies proliferated in Japan – in many respects in remarkable quality. The biggest problem, however, was the loss of profits that these copies caused. Fender approached the copy manufacturers and tried to communicate the matter, but the response was that no one was going to do anything about it and the copiers were ready to destroy Fender. So the idea was born to start officially manufacturing Fender guitars in Japan. Apparently, there was no other way to fight this phenomenon.

Over the years, the Japanese built up quality factories where they were able to produce instruments efficiently and of high quality. Copies were made here under the Greco, Tokai and Fernandes brands. To this day, these quality guitars are still popular.

This phenomenon has been helped to some extent by the general perception in the USA that the best and highest quality products were made there. Nobody was interested in the Japanese market, and many musicians were openly opposed to guitars from Japan. In the meantime, Japanese instrument makers, with their local reputation for care and diligence, had reached a great level of excellence that shocked a lot of people. 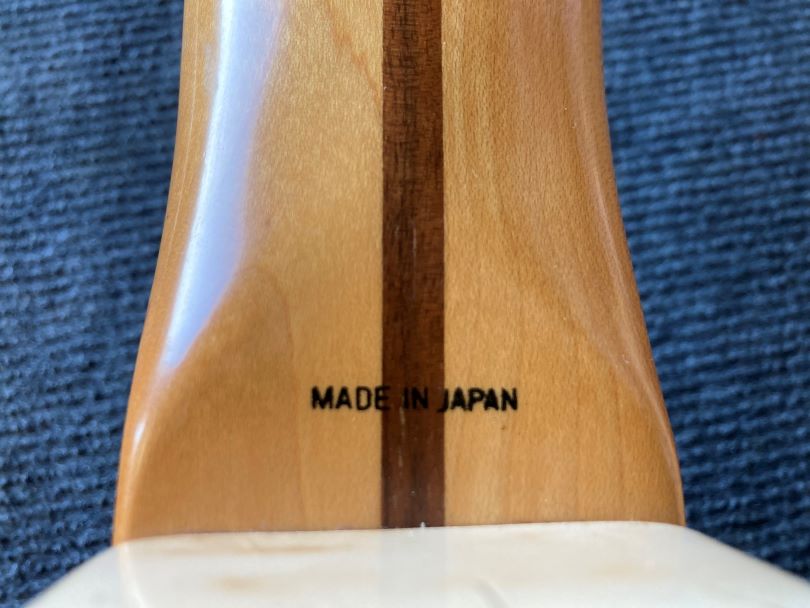 When Dan Smith, Bill Schutz and Roger Balmer first came up with the idea to start production in Japan, they were reportedly seen as fools. However, the managers had experience with Japan and knew what these seasoned instrument makers were talking about. CBS eventually gave them their blessing, and they could go to Japan to start negotiations.

To establish Fender Japan, the company recruited Mr Kojima of Kanda Shokai and Mr Yamano of Yamano Music. The latter had strong ties to Fender, having been its distributor for many years. Basically, Fender was supposed to supply the licenses and Japan the money. That was the connection that started it all.

All that was left was to secure a factory where production could take place. For a while it looked like Tokai would win, but the choice eventually fell on Fujigen Gakki. Smith said it was one of the best factories in the world at the time. Ironically, given that they were already experienced in making replicas, they were well prepared for Fender guitars (Fujigen made guitars for Ibanez, among others). Smith recalls in the interview that after arriving at Fujigen, he stayed there for about two weeks, discussing with the management what models would be produced, sanding necks himself and discussing the various options with them. When everything was ready, production and distribution could begin. All this took place in 1981/82.

According to an article on the history of Japanese Fender, the Fujigen factory was founded in 1960 and began producing its first electric guitars two years later. Initially, the Japanese factories were primarily interested in making classical guitars, but that changed in 1965 when Japan became infatuated with The Ventures, who toured the country. Subsequently, interest in electric guitars grew. To meet the demand, Fujigen focused on producing electric guitars, producing up to 14,000 a month in 1980. After 1970, the factory began producing guitars for other brands, such as Ibanez.

To this day, Fender guitars made in this factory in the early 1980s are still highly prized. 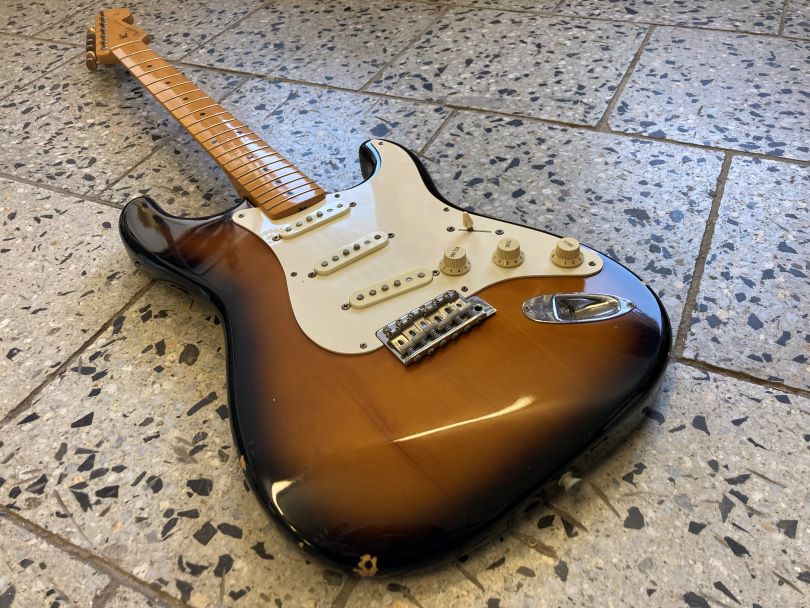 Due to the ongoing remediation, retraining of workers and upgrading of all processes in Fullerton, US production did not go so well. In this respect, Fender Japan was a complete lifesaver as they started production almost immediately and produced a lot of quality guitars.

While Fullerton was making the best of what was left and trying to get back on its feet, Fender Japan started giving the best account. Smith says that once the first guitars arrived from Japan, everyone was excited and emotionally touched. The results were far beyond the expectations.

Paradoxically, this situation led to a delay in the production of the US guitars because Fender Japan was initially superior in quality to the American models. So they waited for the Fullerton factory to recover more. Eventually, Fullerton closed in 1985, followed by opening a new factory in Corona a few months later. In this interim period, all Fender guitars were made in Japan. Fullerton was also closed because when, in 1984, Fender was sold by CBS to a group of former employees led by, among others, Dan Smith, the Fullerton headquarters was not part of the buyout. 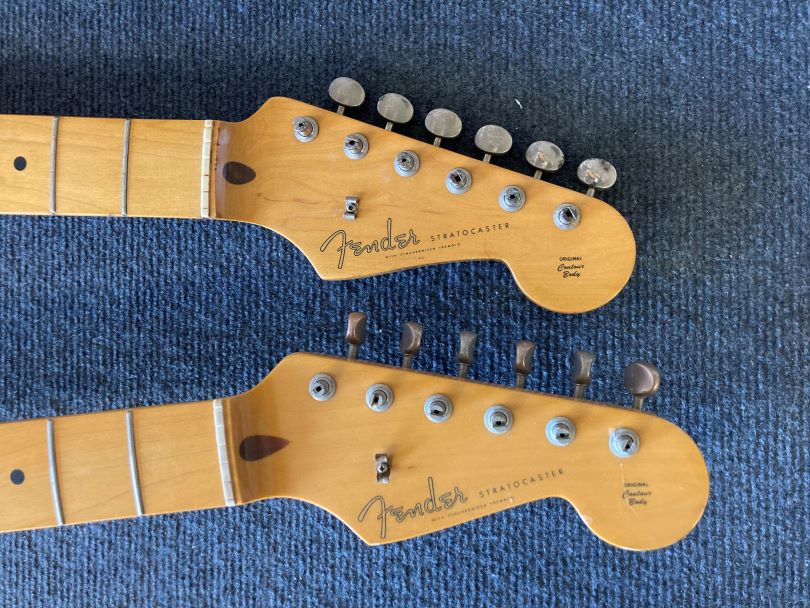 There is sometimes confusion about Squier. However, in an extensive interview with Dan Smith, everything is explained in detail. The original line of guitars for Europe was branded Fender, and there was a small series of Squiers. However, this was not liked by the distributors who complained that it would clash with the guitars exported from the USA. Therefore, the Japanese export guitar brand was changed to Squier and then to Squier by Fender. These guitars went on the market in 1982 and were of very high quality.

The first Squier models were the JV series. It is still considered the finest representative of this brand ever produced. Squier was primarily exported, with Fender-branded guitars destined for the Japanese market. The first series was based mainly on old popular models.

The SQ series, which came in 1983, was intended for export to the USA, Europe and Britain. Ironically, it was the Stratocaster, having the neck/body joint solved with three screws. But the difference was that the Japanese factory took care of all the ills of this design, and therefore this model was successful and could also break through in the USA. Therefore, in many respects, Fender Japan outperformed its US competitors in the early years of production.

Under the Hood #24: Fender and the First Signature Guitar of Eric Clapton

Under the Hood #23: Fender Jazz Bass

Under the Hood #22: Fender Precision Bass and Its Evolution
most read news