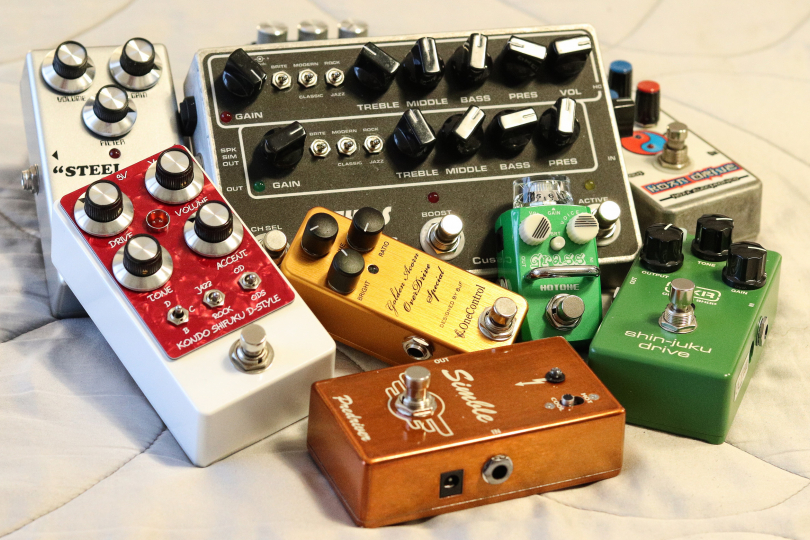 Recently, we were left by perhaps the greatest legend of the guitar sound—at least in terms of the unbelievable sums paid for his amps. The name Dumble has become an incantation of luxury sound in the arsenals of many of the world's stars. And of course, it wasn't missed in the world of distortion pedals.

But what is this mythical dumble sound? This is where the story gets a bit complicated because no two Dumble amplifiers are exactly the same—each one is originally tailored to the specific needs of the customer. Moreover, this "D-myth" further divides into devotees of the clean sound produced by the Steel String Singer (SSS) amplifier and followers of the distorted Overdrive Special (ODS). Although the definition is quite vague, a variety of guitar stars such as Carlos Santana, Eric Clapton, Stevie Ray Vaughan, Eric Johnson, John Mayer and Larry Carlton suggest that if you're a millionaire, you can hardly go wrong.

For example, my idea of a D-sound is a smooth creamy distortion with prominent mids remotely reminiscent of a parked wah pedal, plus a slight hint of fuzz at the edges of the spectrum and a singing sustain that—while very full-bodied or even thick—is still specific, legible and exceptionally responsive to the playing style. Robben Ford, probably the most quoted dumble proponent, describes it as a perfect sound curve, where individual frequencies are deep, distinct or clear but not exaggerated, still concrete and pleasing to the human ear. Or as someone said, "Dumble is exactly the sound the guitarist wants!"

Of course, these descriptions, in the style of Zappa's legendary statement that talking about music is like dancing about architecture, can be considered mere advertising blather. Yet even a cynical pragmatist like me was irretrievably trapped in the face of the expensive high-end dumble apparatus. The feeling of being a great guitarist expressing yourself through a fantastic sound is very intoxicating... and not very transferrable. This is what I call the mysterious MOJO, or the interaction between you and the guitar when you feel the sound literally come alive under your hands and respond to all your stimuli... but unfortunately for others, it's not so audible. The listener misses that direct emotional multisensory connection. Of course, that doesn't mean we shouldn't treat ourselves.

Luckily, you don't have to spend a fortune on almost unavailable originals or even on high-quality clones to experience this kind of pleasure. As Robben Ford didn't want to take his two very valuable Dumble ODS amps to gigs outside the USA, Alfonso Hermida offered him a solution in the form of his pedal Zendrive plugged into the widely used Fender amp. Since then, Robben Ford has been using the Zendrive as the base of the sound in his "travel pedalboard." Thus, they unintentionally kicked off a new market segment where individual manufacturers began to compete to see who could offer the most authentic dumble sound in a pedal.

We'll start our tour through the world of luxury guitar sound with the heaviest weight category—a bulky, fully analogue floor preamp, crammed with switches and features. The Ethos is a longtime dumble grail and a dream of many guitarists. As part of the series, I was fortunate enough to try one of its versions, and I can fully confirm that it's an exceptional piece of guitar gear, as you can hear in the following overview of its features.

For me, the added function HRM (Hot Rubber Monkey circuit from some original amplifiers), which is actually a post EQ, was crucial. In conjunction with the additional function of GAC (guitar amp compensation), you can adjust the sound to any application while maintaining a powerful, yet perfectly controllable bass component that I don't think I've ever heard in a guitar pedal before.

However, the Ethos is now somewhat dated (as can be seen on the out-of-date web presentation). For example, the internal speaker simulator that was dazzling years ago doesn't appeal much anymore, as well as the bulky pedal jacks placed on the side, which make it even bigger. In this price range, I was also a little annoyed by the unsystematic positioning of the mini switches or the collision of some of the controllers with plugged-in cables.

Naturally, the Champions League-level sound easily makes up for these details. If you want big sound in a smaller package, two channels with boost and incredible setup options, I definitely recommend the Ethos. Another funny little fact is that this machine runs just fine on a single 9V battery.

As other representatives of this VIP category, I would like to mention Van Weelden Royal Overdrive, the Humble preamp module from Czech Salvation Audio and Shin's Music Dumbloid from long-time Japanese official Dumble serviceman Shin Suzuki. They're all great, bulky and expensive boxes :)

Japanese symbolism resonates a lot in the D-world, as we've seen with Zendrive or other popular variations like Zenkudo, Dumkudo and Sumkudo from tanabe.tv. To represent the high-end category, I've chosen my freshest German dumble piece in a limited Christmas edition. The pedals are still not exactly cheap though, and sometimes not easily available, as they are often handmade to order by boutique mini-companies. But cost-wise, they're already about half the price of the previous top group, and they're also usually in a regular pedalboard-friendly size.

I'm slowly getting to grips with Kondo because as you can hear from the video, it offers an incredible range of sound. This, combined with the controllers, which interact heavily with each other, makes the setup not exactly trivial. But that's exactly what I wanted because, with simpler d-pedals, I often missed the ability to fine-tune the sound and had to help myself by setting the preamp or the clean channel of the amp.

Other representatives of this prestigious category are Italian Cornerstone Gladio, tube pedal creations from Canadian Kingsley Amplifiers, or a whole range of American products such as Wampler Euphoria, Mojo Hand FX Extra Special or DMBL, Vertex with the whole d-series and even JHS Moonshine. Their usual price is around 199 dollars, which makes them relatively affordable.

In this "Japanese" group, I would include the collaboration of the aforementioned Shin Suzuki with Jim Dunlop resulting in the limited pedal MXR Custom Shop Shin-juku Drive. If you can find one, you can taste the dumble factory recipe from the legendary dumble connoisseur.

From the most accessible category of cheaper pedals and mini pedals, I chose the version made by Swedish designer Bjorn Juhl (aka Mad Professor). He's also the creator of the larger Simble Overdrive, which scored points on YouTube when compared to the original amp, or the Simble Predriver clean boost.

Although the pedal is miniature, the mad professor found room for a 9V battery and captured the dumble feel quite faithfully. As I mentioned before, I only missed the fine-tuning option a little bit, but I enjoyed this dynamic overdrive the most out of this cheaper group. It is currently offered in an upgraded look.

Furthermore, you can look for a cheap variation of the Joyo Taichi zendrive or the NUX, mysteriously named Steel Singer Drive (because it has nothing in common with the original SSS or the Vertex SSS clone except the design). Of course, there are also many Chinese mini pedals with names like Dumbler, Dumbleweed or Gumble, which may partially open the dumble door for some. These are mostly nice overdrives with punchy mids but lack the creamy smoothness of higher quality d-effects. The Hotone Skyline Green Grass micro pedal is also interesting because you probably won't find another small yet decently playing box. Or, you can build a replica/clone. I have a few of those too, and the Koan Drive, for example, did well even next to the original Zendrive prototype.

As you can see, there are plenty of options today in all price and quality categories, so don't be afraid to enter the realm of the legendary dumble sound. Maybe it will impress and influence you as much as it influenced me. 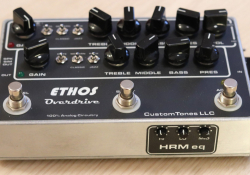 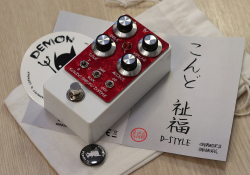 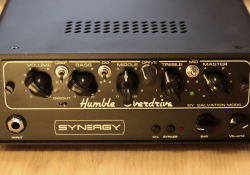 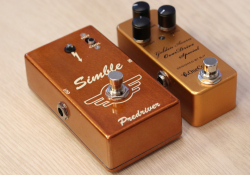 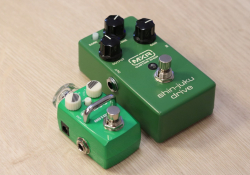 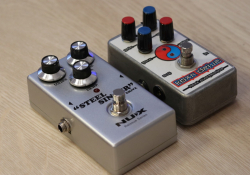