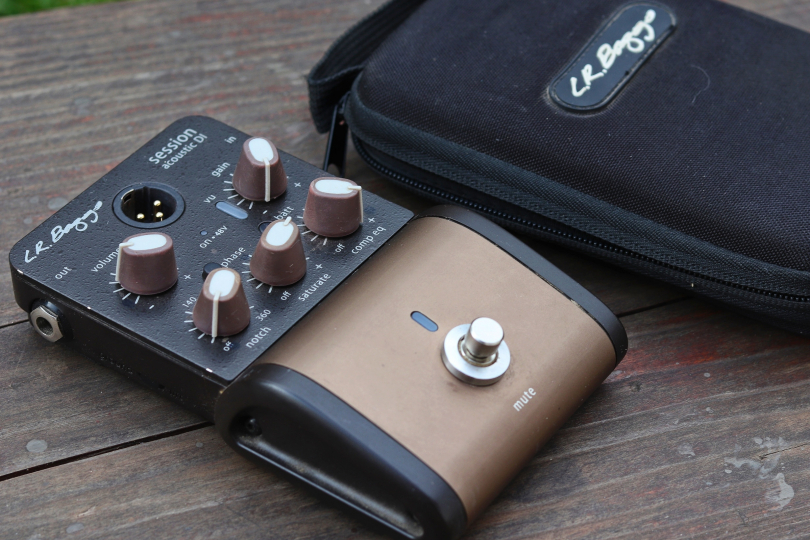 Not to deprive electroacoustic guitarists of their portion, in today’s part of the series we take a look at a somewhat hidden or misunderstood gem that applies specifically to them. Do you want your acoustic guitar to sound as if adjusted by a sound engineer from legendary Nashville? Then you should be interested in the Session Acoustic DI multi-effects box.

Acoustic sound systems are still the Cinderella among musicians. For example, at my last folk gig, the sound engineer was quite surprised that I brought on stage more than just a guitar—which I guess he’s not used to. But afterward, he praised the super set-up sound because he actually didn’t have to do much work on it (unlike with the other performers who didn’t even have their own cables :). Thinking out loud: can a sound engineer make an awesome sound when there are many folk musicians taking quick turns on stage after just a few songs (each coming with a different guitar and their own pickup)? Since we’re talking typically about singing and playing guitar, those who prefer natural sound—and don’t do anything about its set-up—actually deprive themselves of a significant part of the final impression, because the sound engineer can just offer some fast compromise on their piezo or magnetic pickup performance. And, being experienced “handymen”, we already know that this is far from ideal.

The developers of L.R. Baggs, a Californian company that has long specialized in acoustic instruments (think of the great Anthem and many other products), have come to the rescue. In fact, when working on their product videos, they would send the raw footage they filmed to the famous Nashville sound engineers for processing, and the soundtracks always came back with a dramatically better sound—fuller, more sparkling, and more consistent. So, they were curious about what mysterious operations the engineers in Nashville were doing with the sound. They struck a deal and in cooperation with local sound engineers and producers, designed a box at L.R. Baggs that now offers this studio magic to guitarists for their own use.

The process of the birth of Session Acoustic DI is described by Lloyd Baggs himself in the following video.

Unlike “electricians” acoustic guitarists are (to their detriment) still considerably more reserved when it comes to the use of various sound aids. That’s why L.R. Baggs tried to cram everything into one small box to make it as easy as possible for them. Every detail of this “multi magic” shows a wealth of experience with an emphasis on stage practice.

The DI in the name suggests that it’s also a DI box, as proven by the XLR input with the option of using phantom power directly through the cable. Power can also be supplied by an adapter or 9V battery with discharge monitoring displayed when the batt button on the volume meter is pressed. This VU meter visualizes the input level (Gain), which is excellent for optimally adjusting the volume of the signal without unnecessary noise and also for controlling unwanted overdrive. There is also a phase switch and overall output volume (Volume). A notch filter is used to suppress feedback on the stage at the set frequency. However, these are all standard functions—but the acoustic magic starts to happen with the last two potentiometers.

The EQ Comp is a specially designed multiband compressor. It compresses the bass/mids/highs separately, which is very advantageous with acoustic guitars when set up correctly. In this case, setting up this otherwise fairly sophisticated studio instrument with just a single knob is far too simple. The EQ in the name is because the spin also affects the frequencies produced (e.g. I have my multiband compressor set to slightly accentuate the highs). I personally consider this type of compression to be every acoustician’s secret weapon. In this case, the big advantage of extremely simple control is that there is no need to study even the basics of compression. As part of the studio magic, any experienced producer or sound engineer will probably apply a multiband compressor on your recording, because it just works great and is one of the classic mix/mastering wonders.

Another feature is saturation, deliberately not called gain, because it’s the analog saturation of the tone that makes it fuller, more spacious, and richer—which will be appreciated even with the most expensive pickup. Of course, we are not pushing it, because you don’t usually want to build an acoustic up to clipping. For example, higher values are suitable for a thicker tone of a subtle fingerstyle, lower values for thick chords strumming.

By combining the three knobs—Gain, Comp, and Saturate—we can get the optimum sound for a particular guitar and playing style. On the side, the high pass filter trimming can be set for 4 different frequencies so that a particular guitar doesn’t hum too much, and there’s also a ground lift available to counteract humming ground loops.

A detailed analysis of the setup with many examples can be seen in the following video.

The word “detailed” is entirely appropriate here, as these are not dramatic changes. In this respect I would perhaps object to the design—it is not possible to immediately compare the on and off sound because the single footswitch acts as the Mute. That’s great on stage, of course, but if I wanted to compare the differences when setting up, I’d have to plug the effect into a switchable loop or record samples. In fact, the Session Acoustic DI is a typical example of an effect that you only notice when it’s turned off—the sound is suddenly much worse. It’s a perfect demonstration of how to go about making acoustic sound, where all partial steps together provide the desired result. This painstaking work then materializes into satisfaction and you may be told some expressive statements, such as: “Dude, how come you sound so good?!”

The success of the Session concept is demonstrated by its other variants, the soundhole preamp or the simpler Session from the more affordable Align series, which retain its main advantages in a slightly trimmed form. After all, I literally love the entire Align series because visually they are beautiful boxes that will delight the eye and heart of every acoustic player.

To conclude I am suggestively asking: Do you care about your acoustic sound? If so, instead of the customary grumbling about sound engineers, try to do something about it yourself—give them a better signal! And maybe with some L.R. Baggs from the Session series. 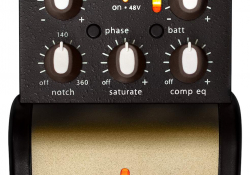 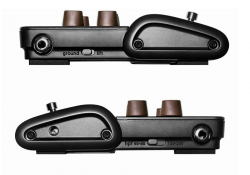 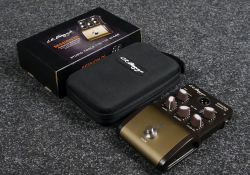